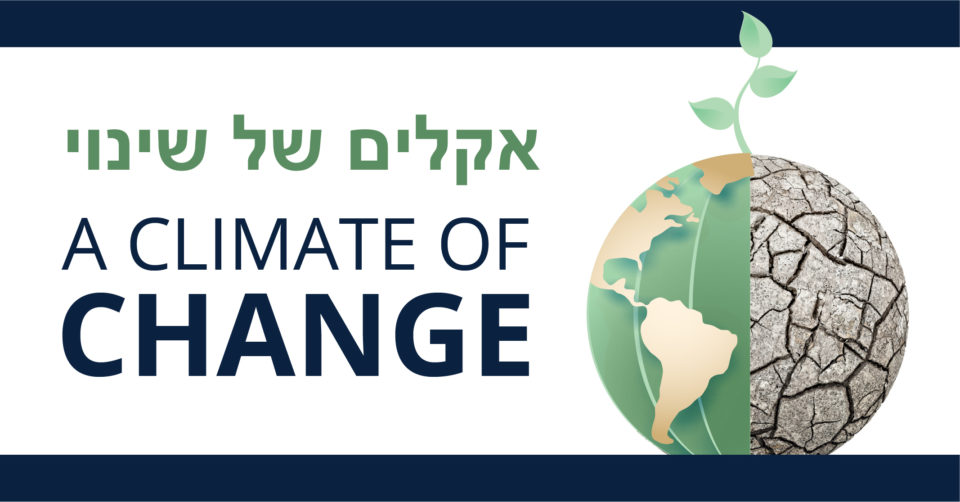 Join us for a year-long series “Aklim shel Shinui,” a Climate of Change. We will explore why, to use PM Bennett’s words, the climate crisis is B’Nafshenu, at the core of our being – an immediate and existential threat, not only to Israel, but to all of us – and, more urgently, what we can do about it.

The Aklim shel Shinui Series also serves as a lead up to our next Wexner Summit, launching November 13-15, 2022: a Summit on Climate. Both the online learning and the summit aim to augment a Climate of Change, galvanizing our alumni network to pursue the adaptive and systemic changes needed to avert the worst anticipated outcomes of climate change. More information on the Summit on Climate will be forthcoming. To register your interest or help in planning, contact Angie Atkins.

“A Conversation with MK Alon Tal

Join MK Alon Tal, current Knesset Member, Blue and White party, Chairman, Environmental and Climate Impact on Public Health Committee of the Israeli Government, and also one of Israel’s most accomplished environmental leaders and activists, for a conversation with Rabbi Jay Henry Moses, Vice President of The Wexner Foundation.

Alon was born in North Carolina, grew up in the Young Judaea zionist youth movement, made aliyah, served as a paratrooper under Benny Gantz, and received a PHD from Harvard in public policy. After Alon returned to Kibbutz Ketura in 1989, he founded essentially every important environmental institution in Israel including the Israel Union for Environmental Defense, Arava Institute, and the Green Movement. He spent many years in academia, most recently as Chair of the Department of Public Policy at Tel Aviv University. He is the author of books on the environment including Pollution in a Promised Land and The Land is Full, winner of awards, father of three daughters, gabai in his local Conservative synagogue, and part-time member of a rock/bluegrass band. He ran in the last election in Gantz’s Blue and White party and is now a member of Knesset, serving as chairman of the committee on the impact of the environmental and climate on public health . 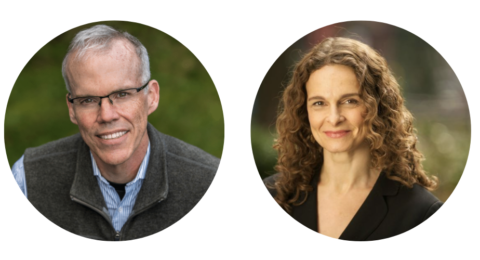 “Confronting the Climate Crisis and Cultivating Spiritual Courage”
12:00-1:00 PM ET/7:00-8:00 PM IT
Many of us never imagined living in a time of such great devastation, when the world is facing a climate crisis so dire that it threatens the future of humanity and the lives of our children and grandchildren. Join WGF/DS Alum Rabbi Jennie Rosenn (Class 4), Founder and CEO of Dayenu: A Jewish Call to Climate Action, and author and climate activist Bill McKibben to explore what it means to live in such a time as Jews –  and the opportunities for collective action. It is not too late to avert the most devastating impacts of the climate crisis and to build spiritually resilient Jewish communities, but it is going to take all of us. The call will be facilitated by Rabbi Jay Henry Moses, Vice President, The Wexner Foundation. 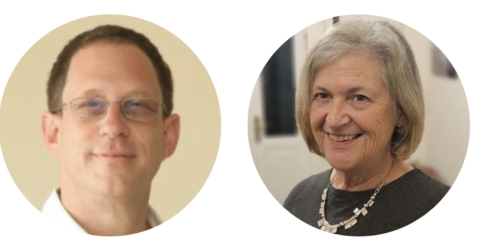 WGF/DS Alum Yosef I. Abramowitz (Class 3), is President & CEO, GigawattGlobal Coöperatief U.A. Yossi was nominated by 12 African countries for the 2021 Nobel Peace Prize for his solar work, is Israel’s leading solar activist and ambassador, a winner of the Covenant Award for Excellence in Jewish Education, was named by CNN as one of the planet’s leading six Green Pioneers, and is married to Rabbi Susan Silverman. Yossi can be followed on twitter at @Kaptainsunshine.

Ayelet Rosen is Head of the Multilateral Environmental Agreements Department, of the Israel Ministry of Environmental Protection. This includes responsibility for the Climate Change Convention including the upcoming conference in Glasgow. Educated in the UK, USA, Australia, and Israel, she made aliya ​from Australia with her family in 1994 after working as a lawyer in the private sector. She joined the Ministry in the belief that Israel’s future and long term character would be determined no less by its environmental policies than by traditional areas of defense and economy. She wants to be part of that vision from within the public service.