Bridging the Gap: When the ‘Bluest of the Blue’ Met the ‘Reddest of the Red’

Bridging the Gap: When the ‘Bluest of the Blue’ Met the ‘Reddest of the Red’

In the spring of 2018, B’nai Jeshurun (BJ,) a congregation in New York with a long history of political involvement and social activism, undertook a unique experiment. At a time of growing political polarization, we wanted to explore what role we could play as a religious community in building bridges across divides, and what wisdom Judaism had to offer us in this process.

What would happen, we wondered, if the ‘bluest of the blue,’ urban, upper-middle class, liberal Jews, encountered the ‘reddest of the red,’ rural, conservative, working-class Christians? Through a partnership with the Michigan Corrections Organization (MCO,) we created “Bridging the Gap,” an exchange between 13 BJ members and 10 Michigan Corrections Officers (CO). Over three days in Lansing, MI, followed by three days in Manhattan, we asked: How can we deepen our understanding and address preconceived notions of ‘the other’ in American life? What about conservatism could progressives come to value, honor and learn from and vice versa? Could learning from others about their values and experiences help identify solutions to our nation’s most pressing problems?

The exchange was successful beyond our wildest dreams, in part due to the pre-work we did to prepare for the encounter. In two preparatory sessions prior to our trip to Lansing, BJ members dug deeply into a process of heshbon hanefesh (soul accounting,) reflecting honestly on our own contributions to the toxic culture of divisiveness and acknowledging our own blind spots. Trainings in active listening and managing our own reactivity helped us hone those skills and prepare for difficult conversations, while Jewish learning on these topics helped ground the work in a spiritual foundation.

“Bridging the Gap” was personally transformative for all of the participants, leading to new understanding on multiple levels. Many of the MCO members had never met a Jewish person prior to the exchange; something as mundane as working through the logistics of providing food that would meet our kashrut standards led one MCO staffer to sympathize, “I can’t believe you have to think through all your food needs whenever you travel! That must be so hard, I have a lot of respect for you for doing that.” The depth of our relationships created new awareness and sensitivity. For example, after the tragic Pittsburgh massacre at the Tree of Life synagogue, MCOs were moved to write a letter to BJ expressing support and condemning antisemitism; three members came to NYC to present the letter at Shabbat services. (You can watch the video here.)

BJ members’ opinions on COs shifted dramatically through the exchange. Many of us held stereotypes about COs informed by news reports of abuse at Rikers Island, along with images from movies and television. Our sympathies lay largely with those incarcerated, whom we viewed as victims of an unjust prison system. As such, we mirrored the narrative often advanced by progressive reform advocates: corrections officers are evil, abusive and the enemy.

In Michigan, we spent a day at Cell Block 7, part of the Jackson State Penitentiary. Sitting in the prison and listening to MCO members describe their work, our preconceived notions of COs were transformed; we began to understand their struggles, the dehumanizing impact of working in prisons and the limited job opportunities that led them to this career. We also came to see that as front-line professionals, they have insight into what reforms will be effective in fixing the broken prison system. We moved from viewing COs as the enemy of justice to individuals with many shared values to our own, and to potential allies who could help advance change. Though we did not engage fully in the thought experiment of developing prison reform legislation, the mutual understanding generated through our exchange certainly laid the foundation for an agreed-on policy agenda. Moreover, we were compelled by our experience to meet with Rep. Jerry Nadler and encourage him, as the then-ranking member of the House Judiciary Committee, to give COs to a seat at the table in the reform debate.

Listening with curiosity and respect went a long way in our discussions on immigration, a hot-button issue for our group. Most BJ members had family stories that informed our position on immigration and led us to view it as a moral issue. From their perspectives as COs, MCO members saw the issue through a lens of law enforcement and were largely supportive of measures to deter or deport undocumented immigrants. When I first heard one CO talk about his support for a border wall, my internal reaction was that he is anti-immigrant. I decided to ask him why he felt that way. His response was, “my wife is from the Philippines. She came here legally; it took a lot of money and time for her to do that and I don’t think it’s fair that other people can just skip the line.”

I came away from that conversation unchanged in my own position, but no longer able to assume that someone who disagrees with me is automatically a racist. On the flip side, we took the MCO group to a local church near BJ, where an undocumented immigrant from Guatemala is living in sanctuary with her three-year old daughter to avoid deportation. “I never knew there were people like this,” one MCO member said. “I thought they were all gang members or drug smugglers.” On our way out, he asked the pastor if it would be okay to give the woman some money, and then handed her a $20 bill. Will his position on immigration change? Probably not. But he no longer believes all immigrants are criminals.

Today, our democracy is paralyzed by partisanship that stems from a lack of relationships, by a habit of demonizing the “other,” and thus by an inability to explore the nuances of our country’s challenges in order to develop solutions. “Bridging the Gap” is helping us learn how to build covenantal relationships, cultivate humility and embrace difference respectfully. It is our great hope that as we share our story with other synagogues and institutions who might consider a similar project in their own communities, or explore how to bring this approach to their work, we can be part of creating a healthy exchange of ideas where solutions can emerge and democracy can thrive. 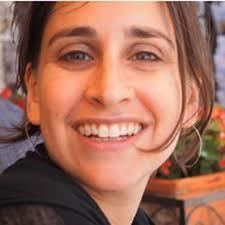 Wexner Graduate Alum Rabbi Shuli Passow (Class 16) brings 15 years of experience as an educator and Jewish communal professional to her work at B’nai Jeshurun in New York City. As director of community engagement, she builds pathways for synagogue members to deepen their connection to one another, to take on leadership and volunteerism and to grow in their commitment as members of a spiritual community. In her previous position at Jewish Funds for Justice (now Bend the Arc), Shuli oversaw the organization’s community organizing department and led other initiatives to engage Jewish institutions in social change efforts. Shuli received rabbinic ordination from the Jewish Theological Seminary and studied at New York University, where she earned an MPA and an MA in Judaic Studies. A trained yoga instructor, Shuli integrates Jewish teaching and wisdom into her yoga classes, drawing on prayer, text and liturgy as inspiration.