Photo Above: 20,000 millennials and Gen Z have lit this candle since yesterday (along with 50,000 others)

Three years ago, I created an interactive website called Illuminate to encourage the commemoration of Yom HaShoah.  As a filmmaker, this was new territory for me.  Films, by their nature, change in their creation: rewrites, re-shoots, reedits.  But once you launch them into the world, their beauty and their blemish become fixed.

With technology, getting out in the world is just the beginning.  Change stands on your shoulder and whispers in your ear and the ideas that were your launching pad, may fast become your dead end.

Illuminate was fueled by inspiration.  It brought the idea of pairing a victim of the Holocaust with one living person, literally to light, through a digital candle lighting ritual.  It established a community by placing users on a map to show them who else was remembering.  And it tried to capture the somber majesty of what happens annually on Yom HaShoah in Israel, when the entire country stops at once to pay silent tribute to the Six Million.

There were problems too: certainly in my desire to have the site do too many things; and ultimately in missing those that I most wanted to reach, our children.

I’m the son of a Polish Holocaust survivor and the father of teenagers.  Since my kids were small, I wrestled with how to connect them to the overwhelming and elusive history of their Saba.  Then, during my Wexner years, I began to view my concerns of connection and remembrance through a wider lens, beyond my family and beyond the generations on both sides of me.  From there, Illuminate was born.

When I owned last year that Illuminate, while alive in the world, was missing its most important mark of reaching our kids, I decided to change from the ground up.

I began with a new foundation, suited to digital natives, of immediacy, meaning and mobility. I took down barriers to usage, preserved the heart of what worked, and designed for the smart phone.  I hired a CTO.  We simplified the user experience.  We met developers.  We got proposals and finally chose the best one, most interestingly, a Polish company of non-Jewish programmers who were creative, organized and affordable.

To kick off the work, we had a planning meeting.  We were in LA, they were in Warsaw, connected by video conference.   The Polish team leader began excitedly,  “I want to show you where we are before we start.”   He lifted his laptop and pointed its camera out his window.  “See the building across the street – it is the only remaining structure of the Warsaw Ghetto.  We are here in the middle of it.”

It was a stunning moment.  These young, bright-eyed Poles embracing their dark history in the creation of a project of connection and memory.  And me, the son of a Polish survivor, right with them “in the middle of it.”   I knew then the choice to start over, to try to better reach those whose memories are just forming, was right.  And I felt, suddenly, a greater hope for our collective future.

That day, my new partners started a race to insure the new site would arrive in time for this Yom HaShoah, the 75th anniversary of the uprising of the Warsaw Ghetto.

Join me this week of Yom HaShoah to honor one victim of the Holocaust on the new Illuminate.   Please share the site far and wide and let me know your ideas and thoughts, what works and what doesn’t, because we will only know how to make it better if we have the voices of you and your children sitting on our shoulders. 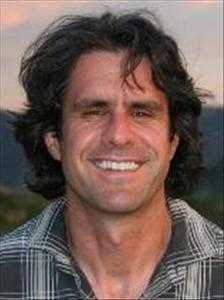 Wexner Heritage Alum Stephen Grynberg (Los Angeles 09) is an independent filmmaker.  He wrote and directed his first feature film, the critically acclaimed, “Love From Ground Zero” in 1998.  Since then, he has worked as a writer, cinematographer and director in documentary and narrative films.  Stephen’s last film, the feature length documentary, “A Life Ascending”, about the life of an acclaimed mountaineer, won 11 international film awards.  Stephen is currently editing his newest film, “Sacred Names”, continuing a personal cinematic exploration into his relationship to the Holocaust as the son of a survivor. Outside of film, Stephen is the creator of ILLUMINATE, a web-based initiative to increase the awareness and engagement of Yom HaShoah in the Diaspora. Stephen also teaches writing and film and is a founding member of the Men’s Leadership Council of the Rape Treatment Center at UCLA/Santa Monica hospital.  Stephen has a degree in directing from the American Film Institute, an MBA from Columbia University and a BS in Chemical Engineering from Northwestern University.