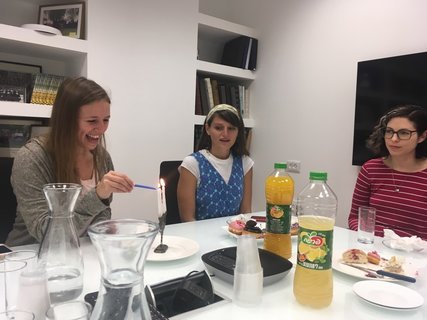 What is Hanukkah all about? In the United States, the wondrous nature of the holiday is emphasized. A small amount of oil lasted for eight days, the period of time necessary to properly rededicate the Temple. We light candles together in memory of this miracle, enjoying the way their light helps to illuminate some of our longest and darkest winter nights. This image is beautiful and comforting, but it is hardly the whole story.

In the same way that the violent final chapters of the Purim megilah are often glossed over, the militarism present in the story of Hanukkah is minimized in our retelling. This is not simply due to a sense of squeamishness; it was a strategic decision made by the rabbis long ago. The story of the miraculous oil is first found in Masechet Shabbat, long after the writing of the Books of Maccabees, when the Jews lived in exile and the leadership sought to subdue any urge to revolt. An attempted revolution at that time would have been crushed and could have spelled disaster for the longevity of the Jewish people (and of course for the power of the rabbis themselves.)

Living in Israel, though, the story is often told in a different light. Motivated by a desire to center examples of Jewish strength and heroism, early Zionist leaders emphasized the militaristic aspects of the holiday. This approach is perhaps most starkly exemplified in the song “Anu Nosim Lapidim אנו נושאים לפידים,” which states, “No miracle happened for us. No cruise of oil did we find.” In the Zionist narrative, we emulate the Maccabees by bringing about a national revival through sheer force of strength and willpower.

Clearly, Israeli society is capable of engaging with the topic of violence present in this holiday season. And yet, it appears that our modern leaders have shied away from dealing with a particular form of violence that impacts thousands of Israelis: violence against women. This Hanukkah, many Israelis protested against domestic violence through strikes, moments of silence, and a massive rally of 20,000 people in Rabin Square in Tel Aviv. The organizers demanded that the 250 million shekels approved last year to fund programs to combat this issue finally be put to use.

This grassroots effort was sparked most immediately by the murder of two teenage girls, 13-year-old Sylvana Tsegai and 16-year-old Yara Ayoub. In response to the movement, many male Israeli leaders including the President and Prime Minister have vowed to take the issue of domestic violence more seriously. Unfortunately, it is common for political leaders to prioritize the issue of violence against women only after a tragic incident and organizational efforts on the part of those most impacted.

Interestingly, within a lesser-known Hanukkah story, there is precedence for this pattern of male action spurred on by female suffering. A commentary on Megillat Taanit called the Scholion relays a story of the sexual abuse of Jewish women. Greek officials in the land of Israel instituted a policy called jus primae noctis in which they were permitted to rape Jewish brides-to-be before their weddings. Initially frightened in the face of this policy, the people refrained from marriage or held underground ceremonies. Only when the daughter of the high priest shamed Jewish male leaders into defending her honor and protecting her bodily integrity did they finally spring into action. This, we learn, was the instigation for the Maccabean revolt for which Hanukkah is celebrated.

Certainly, it is better for male leadership to join late than never in the movement to end violence against women. For any society to break this terrible pattern, all members must be on board. Still, it should not have taken the recent murders in Israel nor the abuse of Jewish brides in ancient times to motivate action. In this season, may we all consistently work to bring light to the darkest problems of our society, to use our strength and willpower for justice. May no more women suffer senseless violence, and may we all internalize the narrative of Hanukkah to build a safer world. 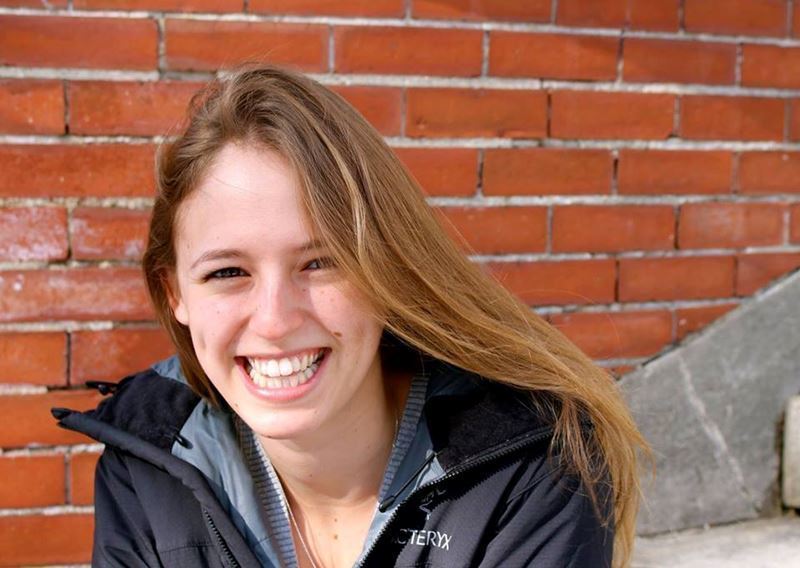 Wexner Graduate Fellow Chelsea Feuchs (Class 31) is a first-year rabbinical student at HUC-JIR. Originally from Goldens Bridge, New York, Chelsea attended Brown University where she earned a Bachelor of Arts in Judaic Studies and received the distinction of the Michaelson Prize for Excellence in Judaic Studies. Upon graduation, she became a JOIN for Justice Fellow and worked for two years as a labor organizer with the Massachusetts Building Trades Council. While there, she planned protests to advocate for workers’ rights, focusing on safety conditions, fair pay, and healthcare coverage. Chelsea subsequently became a Dorot Fellow in Israel and lived for a year in Jerusalem, developing leadership skills and learning about Israeli society. During that time, Chelsea read the whole Tanach with feminist commentary and developed a theory linking all women in the text to promote deeper critical engagement with the Jewish library. Before beginning rabbinical school, Chelsea worked for a year as the Communications Associate at ARZA, the Association of Reform Zionists of America.