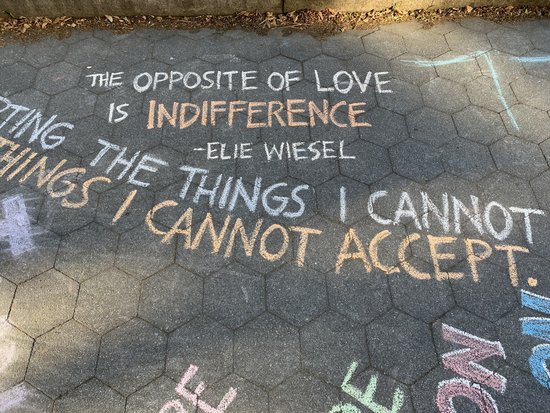 As I watched the tragic death of George Floyd and the ensuing protests across our country and the world, I recalled Rabbi Paley’s introduction to Tikun Olam during my cohort’s first Wexner retreat. If ever there was a need for repair, it is now. Based on my experience, it is a tough road. Acknowledging that the dice are loaded in my favor was counterintuitive. It was not my daily experience. My life is filled with challenges and no one explicitly tells me that “I am doing you a favor because you’re White.” But when I invite conversations from friends of color, I learn that things I take for granted, they do not.

I was born in Ukraine. As a Jewish boy, I was taught to study hard and be quiet. “Quiet” meant that I should never share the content of family conversations with people outside our home. These conversations often focused on identifying the Jews and the antisemites of the world.

I was ten when my parents brought me to New York. While I was no longer asked to keep our discussions quiet, my family continued to divide the world into Jews and antisemites. It seemed that America had 50/50 of each. I was surprised to learn that John F. Kennedy Jr. was the first Catholic President and had asked if “all the other Presidents were Jewish?” My parents explained that Jews are a small minority in the US and that I still had to work hard to have a chance to go to college and build a good career.

When I applied to college, I didn’t understand why there wasn’t a “Jewish” box on the forms and why I was supposed to check off “White” instead (which didn’t qualify me for any financial aid). It seemed to me that other students were able to check other boxes that seemed to make their path to college and scholarships easier. I resented having to compete with White American students and was angry that my Jewish background wasn’t worthy of consideration.

In college, when race came up, it elicited my frustration. I explained my identity as a “silent” Jewish minority; I was certain that that racism didn’t implicate me. After all, my family wasn’t around when slavery took place. That view made complete sense to me for many years.

Then, in 2006, I joined CORO – a civic leadership program where I was  part of a 55-person cohort of leaders for a year of learning about New York City. One of the events was “Undoing Racism” which involved a day of learning and discussion about institutional racism. My first day was very challenging. I struggled with the concept of “systemic racism” as it did not reflect my experience or my values. Isn’t this just an excuse to give up? What happened to “hard work?’” My parents had taught me that the way out of any situation is to double your effort. I felt trapped in a story that was antithetical to the vision of the American Dream I had come to know and live.

I felt frustrated and defensive. It seemed to be an unfair burden. I came to America as a Jewish immigrant escaping the prejudice of the former Soviet Union and now I was considered ‘White,’ having to shoulder the burden of former slaveowners (who probably didn’t like Jews very much either). How was racism my fault?

As the program went on, we were asked to share our experiences. What was it like to hail a taxi? Attend college? Apply for a job? Walk into a store? Be pulled over on a highway? For the first time I heard how different my Black friends’ experiences were. It never occurred to me that a taxi wouldn’t stop for me. Or that I stood out in a college club. Why would someone reject me from a job because of my name? Why would a guard follow me around a store? And when I got pulled over, I was afraid for my insurance points but never for my life. Never.

I came to understand that structural racism doesn’t mean I am at fault. It means that the system which allowed my parents and me to build our American Dream doesn’t offer the same chance to everyone. While it is possible for anyone to achieve their dream, the odds are not the same for everyone, and skin color is a significant variable in determining those odds. Religion, thankfully, isn’t any longer, which is why White/Black is a significant distinction while Jew/Gentile is not. And it doesn’t matter that I don’t think of myself as racist – the structure of our society stacks the odds in my favor.

Of all my experiences during CORO, learning about racism stayed with me as my most vivid and formative experience. I came to appreciate the education I received and credit CORO for my decision to apply to the Wexner program and for my career as mediator, coach and teacher of conflict resolution.

When I think about my responsibility for Tikun Olam and what role I might have in this undertaking, I remember my great-grandfather Abraham. He studied to become a rabbi and had a deep understanding of his Judaism. He was also friends with the town priest. They would spend many hours playing chess and talking. It seems to me that Abraham was a bridge-builder. I like to think that, in some way, my journey follows my grandfather’s footsteps. Now, more than ever, is a time for us, as Jews, to think of what bridges we can build and with whom. 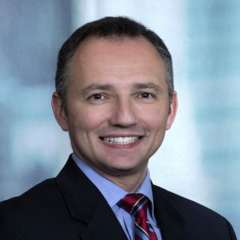 WHP Alexander Yaroslavsky (New York RSJ 16) is the founder of ConflictYes – a leadership consulting firm specializing in conflict resolution. He can be reached here.