During these past weeks, as we ripped the calendar pages to 2019 and ordered new planners, I heard a disturbing and unsettling refrain, “Let’s hope 2019 is way better than 2018.” Even comedian Dave Barry began his annual “Year in Review” article with the same sentiment: “Is there anything good we can say about 2018? Only this: It got us out of 2017. But even that didn’t work out as we hoped.”

He then catalogues the bad news: “What made this year so awful? We could list many factors, including natural disasters, man-made atrocities, the utter depravity of our national political discourse and the loss of Aretha Franklin. Instead we’ll cite one event that, while minor, epitomizes 2018: the debut of ‘Dr. Pimple Popper.’ This is a cable TV reality show featuring high-definition slo-mo close-up videos of a California dermatologist performing seriously disgusting procedures on individuals with zits the size of mature cantaloupes.” From the truly tragic to the truly absurd, 2018 on the global landscape will not be remembered kindly. For Jews, the uptick in global antisemitism culminating in the Pittsburgh massacre could topple even the staunchest of optimists.

What’s a Jewish leader to do?

Without being naïve or overly simplistic, I’ll make a naïve and overly simplistic recommendation. Pick up a Hebrew Bible and open it to the Book of Esther and read about the characters that populate the upcoming major Jewish holiday. The Book of Esther, on the surface, is a relatively simple story. Its plot line is relatively uncomplicated. The reigning tyrant banishes his first wife and then steals young virgins across his vast empire from the clutches of family to satisfy his voracious lust and quell his loneliness. This domestic terror is matched by the evil of a government minister who, for no reason other than their differences (and in 127 provinces, there is bound to be a lot of ethnic variation,) subjects a people to mass extermination. It’s probably fair to say that those in Persia sometime about 500 BCE were also having a pretty terrible year.

But somewhere mid-book, everything changes. The story pits good against evil. The underdog fights the hatred of the authoritarian and eventually wins the respect and admiration of all. It helps to have a smart beauty queen who, in addition to her grace and glamour, is willing to make great personal sacrifices for the sake of her people. Its heroine is paired by a great hero, who is able, like Esther, to become a prominent figure in a royal court and have significant influence over events. What happened and, if we figure it out, can we bottle it and douse its good outcomes on all the pessimists? We need a fighting chance to overpower despair in 2019. Can we do it?

Yes we can. From the moment Mordechai is introduced, he is called an “eesh Yehudi” – a man, a Jewish man. Mordechai may have been the only man in the empire to own his identity, to wear it proudly and unashamedly, even at the risk of his life and the life of others. In addition to knowing who he was and what he stood for – the anchor of every optimist unwilling to be tossed by temporary events and changing conditions – Mordechai placed himself strategically at the margins of power to understand what was going on and what could be changed. These are the acts of an optimistic leader who does not resign himself to what is currently happening, but considers every angle as a strategist for a better tomorrow. He stays informed about the present to shape and shift the future. Mordechai then begins to develop a way forward incrementally.

Mordechai was also a loyal servant who outed evil without recognition or expectation of reward. An optimist acts against the prevailing culture of negativity by displaying goodness simply for its own sake.

Perhaps the most significant manifestation of Mordechai’s optimism is his willingness to mentor someone younger to a new platform of leadership. Optimists grow people because they believe there is a bright future in which a new leader can have impact. Mordechai never resigned himself to failure or to a grim situation. In fact, he says something to Esther that confirms his belief in the eternity of the Jewish people and possibly the fate of all humanity. When Esther initially refused to lead, Mordechai prodded her with the following words: “If you keep silent, relief and deliverance of the Jews will come from another quarter…”

Mordechai did not believe that the fate of the Jewish people was dependent on Esther alone. It was dependent on a leader and that leader would arise. He was giving Esther the chance to be that leader, while at no point did he consider the possibility of failure. His belief in deliverance from the confines of a terrible, life-threatening situation made Esther reconsider. Yes, she wanted to be that kind of person, the kind of leader who instilled hope because someone else had hope in her.

Mordechai’s wisdom offers a quick crash-course in optimism. In 2019, perhaps every Jewish leader can follow Mordechai’s example and fight the seduction of negativity (and it is a seduction) with the following naïve and simple plan: 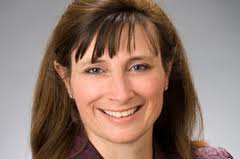 Dr. Erica Brown is an associate professor at The George Washington University’s School of Education and Human Development and the director of its Mayberg Center for Jewish Education and Leadership. She is the author of 12 books. Her forthcoming work is The Book of Esther: Power, Fate and Fragility in Exile.