A Jew is on the bus in Nazi Germany and sees another Jew reading Der Stuermer. He asks him why he’s reading that. The Jew with the paper answers “Look, I got plenty of troubles at home and at work. The only time I can relax is on the bus. You think I want to read stories like ‘Synagogues Vandalized Again’ or ‘Property of Jews seized?’ Not when I can read the Nazi newspapers and see ‘Jews Take Over the Banks!’ or ‘Jews Take Over the Universities!’ That’s me they’re talking about!”

I have heard this joke before, only nowadays, it’s less of a joke. “Jews control Hollywood…Jews control the media and Jews control Wall Street and Silicon Valley.” Mein Kampf is a bestseller on Amazon. Antisemitism is on the rise in Europe and shockingly in our own backyard in the United States of America. What should our role be in all this? What can we do, where do we draw courage and inspiration?

As we are getting ready to celebrate the holiday of Pesach, the celebration of freedom and the birth of our nation, we read the story in Exodus about the struggle of our leader Moshe. We are taught that one should not merely read the Torah as a storybook, but rather as a guidebook with lessons learned that are relevant to our own lives.

So what can we learn from the call to leadership, the empowerment and the success of our leader Moshe?

Moshe grows up in the house of Pharaoh. One day he goes on a walk and sees an Egyptian beating a Hebrew. Moshe kills the Egyptian, Pharaoh orders for Moshe to be killed and Moshe runs away to Midian. In Midian Moshe takes up a career as a shepherd. He watches over thousands of sheep as they wandered the fields. Moshe notices that one sheep is missing and goes off to look for it, finding it at a distant brook. He waits until the sheep finishes drinking, then he lifts the sheep onto his shoulders and carries it back to the flock. G-d sees the empathy and care that Moshe had for every sheep and realizes that Moshe was a man worthy of leading the Jewish people out of Egypt.

One day while shepherding, Moshe sees a burning bush that is not getting consumed by the burning fire and when he approaches, he hears the voice of God and is told, “Go to Pharaoh and tell him to free my people.” The reaction Moshe has is, “Who me? I will go to Pharaoh. Who am I?” So God tells Moshe, don’t be afraid for “I will be with you,” and although Moshe argues, “I am not fit to go to Pharaoh, I am slow in speech and slow in the tongue,” even saying “Please O Lord make someone else your agent.” G-d assures him, “Just go, I am with you and I will tell you what to say.”

Now out of all people in the world, it is Moshe who is told to go back right into the house of Pharaoh and tell him to “Let my people go.” He is returning to the same person who put out a death warrant for him! So after Moshe gets the reassurance from God he should be all empowered and ready to go, right? Wrong!

Of course, we know the end of the story. God convinces Moshe to go to Pharaoh. Moshe shows up. Pharaoh is not easily convinced but at the end, Moshe successfully leads the Hebrews people out of Egypt.

How can we apply what we learn in the Torah and apply it to our leadership as it applies to world events going on around us?

A Chosid once asked the 5th Lubavitcher Rebbe Rabbi Sholom Dov Ber, What is a Chosid? The Rebbe answered that to be a Chosid is to be a lamplighter. The job of a leader is to be a lamplighter. A Lamplighter is a person employed to light the candle or, later, gas street lights. Lights were lit each evening, generally by means of a wick on a long pole. Early street lights were generally candles, oil and similar consumable liquid or solid lighting sources with wicks.

The job of a person who is a leader is to bring the light to each and every dark place. He knows that the flame is not his and he goes from lamp to lamp to set them alight. We notice that the lamplighter, no matter how many fires he lights, never takes away from the fire source or the original flame. Bringing light to a dark place does not take away from ourselves or bring us down, it just keeps bringing more light into the world.

In times like now, we can be encouraged knowing that The Wexner Foundation has invested in thousands of leaders, lamplighters who are bringing light into dark places. May we all have the courage to continue to fill the world with light as lamplighters and make the world a better place, light by light. 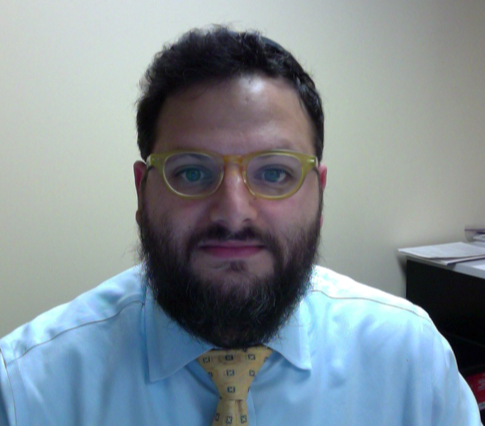