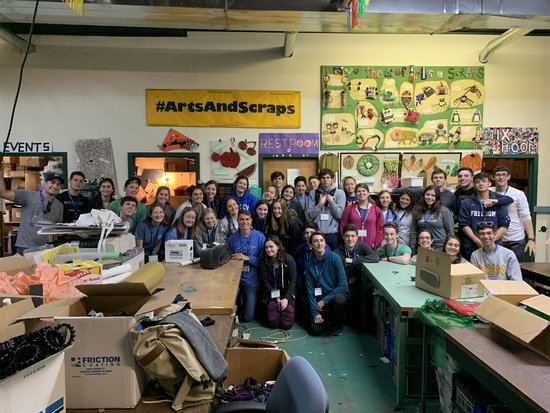 After three years running the Wexner Service Corps (WSC) program and seven years of participating in our annual week-long service trips, I am stepping down as I make Aliyah with my family later this month. This moment of transition has given me time to reflect on the program and the significance of our approach to community service and Jewish education. Recently, I had the opportunity to meet our newest cohort of teens at their orientation event in May. We hosted 45 teens and their parents for the evening to discuss our week of service in Detroit, MI, and to go over the program expectations and schedule. As part of the evening program, I introduced the teens to the type of Jewish text study and discussions we typically engage in during the trip. We studied a Talmudic text from Tractate Bava Metzia 71a, in which the rabbis struggle to figure out how to perform triage when it comes to competing needs for tzedakah or charity.

The teens and parents got into small groups and spent a few minutes discussing this rabbinic list of priorities. Some of the teens agreed with the rabbis’ placement of helping Jews above non-Jews, while other teens took issue with this prioritization, arguing that one should help those close to them irrespective of religious affiliation. When analyzing a text of this nature, one potential approach is to consider the difference between the text and the context. One teen suggested that maybe in the context in which the rabbis lived, they were living only among other Jews and may have actually been fearful of gentiles. She suggested that maybe it made sense for them to prioritize Jews above anyone else and that in contemporary society it would help if we considered our current context and surroundings. The discussion went on for a few minutes as the teens wrestled with their opinions of how they would order their own list of priorities and competing needs and how their priorities compared to the rabbis of the Talmud.

The following day I received an unexpected email from a parent. She told me about how impressed she was with the overall program, but that her son left the orientation feeling uncomfortable with the religious components and wanted to withdraw from WSC. She asked me if I would speak with him and try to convince him to participate in the program. I spoke with him on the phone the next day and I asked him to tell me in his own words what made him uncomfortable. He explained that while he had been anticipating the community service requirements, he could not understand why we had to have nightly Jewish text study and discussion sessions. Despite my reassurances that the discussions would include experiential activities, contemporary issues and practical lessons on how to affect real change in communities, he was still set in his decision to withdraw. I told him I was disappointed that not only would he miss out on the experience, but that other teens would also miss out on hearing his voice and perspective. Ultimately, though, the choice was his.

This conversation continues to play out in my head, even now that we have returned from our trip to Detroit and my time at The Wexner Foundation is officially coming to an end. The program, as he imagined it, was community service as it has traditionally been performed in the Jewish community. Think of the annual synagogue mitzvah day or BBYO JServe or teens visiting a local food pantry for an afternoon with their school. These programs are great as one-time events that give everyone a taste of the joys of community service and volunteering. However, in my opinion, they are frequently missing a crucial ingredient. Using the terminology from the textual analysis I mentioned earlier, they feature the “text” of service work without the “context.” They are missing the bigger picture behind the service work, the search for root causes and the important questions exploring how our society ended up with the challenges we currently face. To be clear, the person who chooses to spend time volunteering in a local soup kitchen is absolutely commendable and a great representative of the Jewish community, but we should also be honest about what has actually been accomplished during that event. Frequently, our local partner organizations are asked to do more work in order to accommodate volunteers and ultimately even a large group of volunteers can only have limited impact when engaged in direct service work.

Imagine though that this one-off event, rather than being an end in itself, was instead a springboard and entry point into the world of community service. In order to be an access point, you need to have “context” – discussion and substance that takes the limited reach of direct service work and uses it to inspire conversations about the problems facing society and how to go about trying to tackle them. 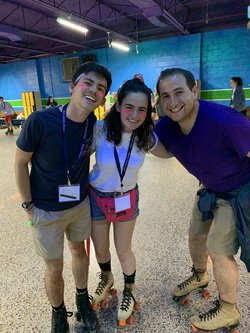 WSC began in 2013 as an initiative of Hannah Wexner, the then-teenage daughter of Les and Abigail Wexner. Hannah, facing the required service hours of a typical high school student, was disappointed to see her friends choosing to walk dogs and babysit to fulfill their hours. After an experience visiting and working with a clinic in Zambia, Hannah was convinced that she and her friends could aspire toward more intense and serious community service experiences locally at home. On her own she probably could have set up a few one-off events for her friends to experience working at a food pantry or a homeless shelter. But she knew that this wouldn’t be enough to make a serious difference locally or in how her friends understood the true potential of community service. Instead she approached The Wexner Foundation, where we specialize in content, discussion, facilitation and Jewish substance, to supply the “context.” When I planned each year’s trip and local events, I recognized that direct service one-off events can only accomplish so much. I am counting on the discussions and Jewish text study to help our teens explore root causes and the broader questions that will ultimately inspire them to become local change-makers and activists.

The essence of our program is the chance for our teens to engage in discussions with each other that go deep on issues of inequality, discrimination, racism, sexism, ageism, antisemitism and how we make decisions about where to put our limited efforts in a busy world. Obviously, those conversations go hand-in-hand with the actual work our teens do. Without the learning, however, our program would not be what it is. Our values are expressed in the learning and where our teens push themselves to grow and develop new perspectives and ideas.

The joy that I have experienced in this position for the last three years is directly connected to my experiences teaching the WSC teens and learning from their responses and questions. I have had the privilege to watch them grow through these conversations as they grapple with new, often challenging ideas. I sincerely believe that our alumni will go on to become true agents of change in the Jewish community and broader society and I’d like to believe that the seeds of this change were planted during their time in WSC. If we hope to develop future leaders who are creative, curious and willing to pursue the difficult answers, we must offer them substantive experiences that push them to go deeper and not settle for the superficial. We must provide them with the “text” as well as the “context.” 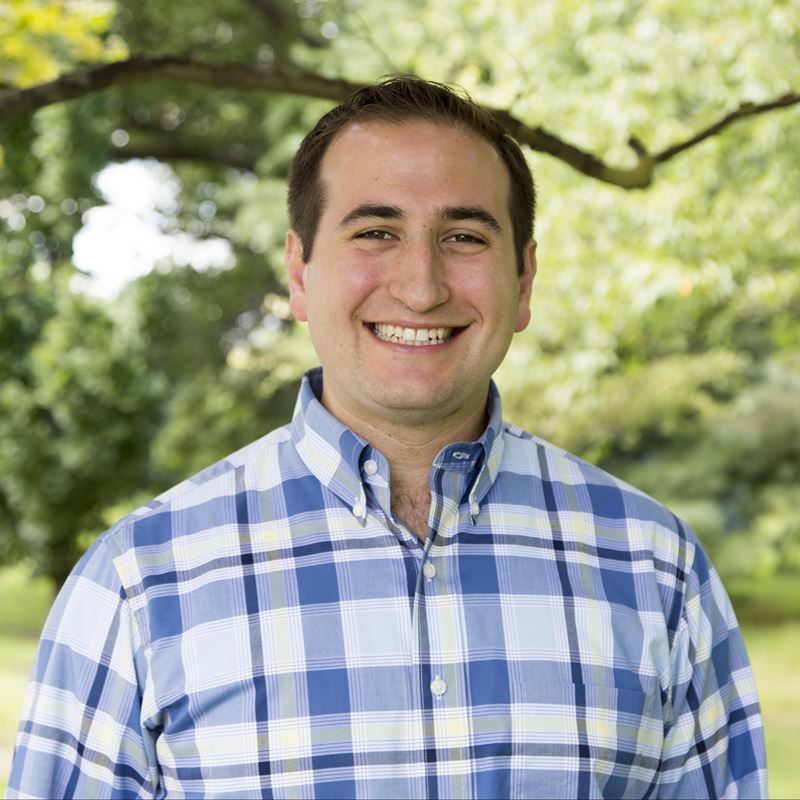 Wexner Graduate Alum Rabbi Michael Emerson (Class 23) is the outgoing Director of the Wexner Service Corps at The Wexner Foundation and has served as a core faculty member of the Wexner Service Corps since its inception in 2013. Michael grew up in Memphis, TN, and graduated from Columbia University with a BA in history. He received rabbinic ordination from Yeshiva University’s Rabbi Isaac Elchanan Theological Seminary in 2014. He is also a doctoral candidate in NYU’s Education and Jewish Studies program. Before relocating to the Foundation’s New Albany office, Michael spent four years teaching Bible at SAR High School, an Orthodox day school in Riverdale, NY. Michael has previously taught at the Drisha Institute for Jewish Education in its summer learning program for high school girls and served as a consultant for the iCenter, focusing his work on improving Israel education in America. In 2017, Michael created and led the teen track for the Jewish Orthodox Feminist Alliance (JOFA) conference. Michael is married to Dr. Adina Bitton, a licensed neuropsychologist, and together they are the parents of three young daughters, Maayan, Lital and Keren.