“The greatest Jewish tradition is to laugh. The cornerstone of Jewish survival has always been to find humor in life and in ourselves.” – Jerry Seinfeld

“Feeling different, feeling alienated, feeling persecuted, feeling that the only way to deal with the world is to laugh – because if you don’t laugh you’re going to cry and never stop crying – that’s probably what’s responsible for the Jews having developed such a great sense of humor. The people who had the greatest reason to weep, learned more than anyone else how to laugh.” – Mel Brooks

My first year as the Director of Religious Education at Washington Hebrew Congregation was an exercise in constant learning. With more than 800 students between two campuses, the job involved endless logistics. Blessed by working closely with a team of very dedicated and capable colleagues, we all learned to delegate when appropriate and possible, always striving for efficiency. Most of the time, when we streamlined things it was effective and entirely unremarkable. But, something happened on the morning we celebrated Tu Bishvat that has stuck with me for years.

Hoping to offer a meaningful celebration of our “Birthday of Trees” holiday, we planned a big Tu Bishvat seder, a special meal representing elements of the holiday. As anyone who works with children might know, there can be a number of food-related limitations when it comes to programs. Topping the list of “no-nos” are nuts of any variety. This meant we had to be creative about what we served and how we could symbolize all the aspects of the holiday (okay, confession: it is not really that hard to do this without nuts.) Among the many common foods served on Tu Bishvat is carob. There are several articles explaining why, but in short, the trees grow throughout the state of Israel, blooming around this holiday.

Often students are told that carob tastes “like chocolate.” It does not. Even though the color is almost similar. Even with a lot of sugar. In most cases, if not fresh, you can even get it in tiny chocolate-chip shapes, which lends itself to an even greater sense of disappointment as the chalky substance hits your taste buds. That said, we were fully prepared to carry on the Ashkenazi tradition of claiming this special Israeli fruit from a tree is an alternative to chocolate.

In preparation for this mini-feast for our youngest students, we created a full list of ingredients. Thankfully, on a weekly basis, a staff member of the congregation collects lists of food and purchases everything for each department. Again, a beautiful example of efficiency and collaboration. What a dream!

Having, as a team, submitted our detailed list, we were thrilled to arrive at the morning of our big seder. Tables were set. Allergy lists were re-checked. Everyone was prepared for a meaningful seder. We began to unpack the food and my colleague came over looking bemused.

Him: “We don’t have any carob chips… it seems like there was some sort of mistake with our order…”

Me: “Hmmm… that’s odd. Mohan (the colleague who does the shopping) is so thorough…”

Him: [Bursts into a fit of laughter…] “Um… he got CRAB chips. Crab-flavored potato chips!” (This is probably something that can only be found in the state of Maryland thanks to the bizarre regional affinity for Old Bay seasoning.) “He must have thought ‘carob’ was a typo and so he got this instead…”

Few things excite students more than knowing that an activity will involve food! They entered the room beaming. And as though the morning had not proven sufficiently amusing, one of the young boys looked down at his plate and then up at me and said: “after I eat this, my poop is going to be really different!”

That year our students did not experience the unique flavor of carob. Nobody told them it was “just like chocolate.” Instead, they ate a lot of different fruits. And we did not serve the crab chips.

Everybody encounters mishaps, mistakes and surprises. We can choose to get upset, direct blame or obsess over the ideal version we aspired to create. Or, we can roll with it, knowing that so long as nobody got hurt, most mistakes and accidents can be learning opportunities at worst, or great stories (that teach us something) at best. Like Jerry Seinfeld, Mel Brooks and so many others have noted, Jewish people are good at seeing humor in dark places. Let us continue to draw upon that gift, finding and seeking humor whenever possible, and growing through laughter. 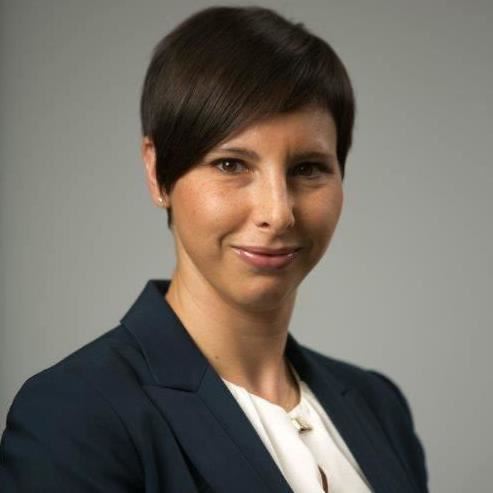 Wexner Field Fellow Stephanie Tankel (Class 1) serves as the Director of Religious Education at Washington Hebrew Congregation (WHC.) She joined WHC in 2009 as Assistant Director of Religious School Education and became the Director in 2014. Prior to her arrival in Washington, DC, Stephanie was the Principal Educator at The West London Synagogue of British Jews in London, England. She also worked as Director of Education at Finchley Progressive Synagogue and at the Movement for Reform Judaism while in the United Kingdom. She also currently serves as the Course Coordinator for “Bridging the Great Divide,” an online course exploring the intersection of Judaism and Islam at American University. She earned master’s degrees in Jewish Education and Modern Jewish Studies from the Jewish Theological Seminary of America, and a bachelor’s degree in Comparative Literature, Hebrew and Jewish Studies from the University of Wisconsin-Madison. She and her husband live in Northwest DC with their rescued mutt, Honey.