Learning to Take That Breath While Letting Your Kids Be Themselves

Learning to Take That Breath While Letting Your Kids Be Themselves 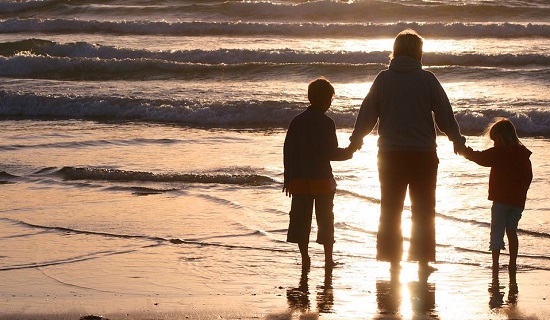 Last night our middle son graduated from our temple’s high school program. It was a lovely service, complete with a video montage of the kids from consecration to graduation.

Later that night I said to my husband, “Remember when Ethan told us he was “done” after his Bar Mitzvah?”

It’s true. Ethan “declared” that upon becoming a Bar Mitzvah, he was officially DONE with his Jewish education. Sure, maybe part of it was to get a rise out of us (taken from chapter one of the middle child playbook), and maybe part of it was his asserting his independence, of becoming a man. I felt confident he would change his mind — or I would change it for him. I am the parent – don’t I get to set all of the rules?

I called our rabbi when Ethan said it for the 10th time, and I was tired of arguing with him.

“Here’s the deal. He goes to Jewish overnight camp. He is raised in a Jewish household where we observe Shabbat each week. I am not going to be the enforcer.” I expected blowback — instead I got, “I get it. Let Ethan come to it on his own.” Whoa.

Hmmm, I thought, he’s certainly not “coming to it” on his own, but I let it lie. (Chapters 1, 2, 3 and 4 of the Parenting Handbook no one gave me — the chapters that focus on parenting not being about what we want for our kids.) I consoled myself in the “stats” of Jewish camping, and its effect on Jewish “adulting”.

I don’t remember what happened in 8th grade, but I clearly remember the first Monday night of 9th grade, and Ethan asking for a few dollars for pizza that was being served at Monday school. We hadn’t even talked about religious school.

It was the first Monday of the next approximate 150 Mondays where of his own volition he attended religious school. No conversation with us – no pleading from us, no protesting from him.

It got me thinking of ALL of the growth our kids go through — and people’s comments when I would complain about one being lazy, one being too motivated, another being risk averse: “He’s got to come to it on his own, in his own time and way.” But can’t I kill myself trying to get him there on my timeline?

There were (are) so many times when I wished I could take that breath, hold my tongue, not project 10 years into the future that the “lazy” middle schooler will end up jobless and homeless. It’s writing a future with hardly any data. It’s what we do as parents — out of hope, but mostly out of fear.

So, on this Mother’s Day, I am going to take that deep breath, let my kids be themselves (as Oscar Wilde says, everyone else is already taken), and appreciate them for who they are today. 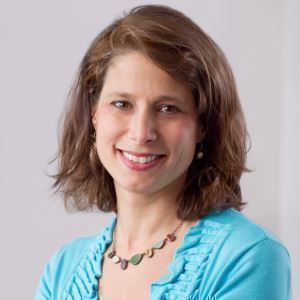 Wexner Heritage Alum Stephanie Silverman (Cleveland 05) co-owns with fellow Wexner Alum Susan Borison (Cleveland 05) , a media company that provides valuable information for parents of teens. Stephanie earned her bachelor’s degree in finance from Miami University, and worked as a commercial banker prior to her current life as an entrepreneur. An east-coaster transplanted to the Midwest, she loves all things CLE, reading, writing, yoga, swimming and laughing (a lot). She is the mother of three teens, and lives in Shaker Heights, Ohio.