Pesach as a Stimulus

Pesach as a Stimulus

Nelson Mandela was asked how, after 27 years of unjust incarceration, he seemed devoid of bitterness. He responded:

“As I walked out the door toward the gate that would lead to my freedom, I knew if I didn’t leave my bitterness and hatred behind, I’d still be in prison.”

Mandela’s mindset strikes one as noble, admirable and almost unimaginable. To have the prime of your life quite literally stolen from you, and then possess the internal fortitude to engage the world in a spirit of reconciliation and forgiveness, is almost incomprehensible.

If we find Mandela’s narrative so inspiring, how do we reconcile it with our attitudes toward the Exodus from Egypt and Pesach? After all, our tradition enjoins us to remember the Exodus from Egypt, all the days of our life. We eat maror as a symbol of the bitterness we are supposed to experience quite viscerally.

We are arguably the most empowered Jewish community of the modern-era, or perhaps any era, and we choose to exercise our freedom by immersing ourselves in the bitterness of slavery. In juxtaposition, we have figures throughout history like Nelson Mandela who, though entirely justified in feeling bitterness, shun this emotion vociferously. Why try so hard to make ourselves feel bitter?

Of course, the contradiction is not as forced as I have sought to suggest. Our tradition does not posit the recollection of the Exodus as an end in and of itself. The Rambam did not codify recalling the Exodus as among the 613 mitzvot. While much commentary has been written about why Rambam may have made such a decision, it is often assumed that it is because he felt the recollection of the Exodus is a vehicle to the fulfillment of a more fundamental mitzvah – accepting the yoke of heaven. Pesach is not an end in itself, but rather a vehicle.

In an age of Jewish emancipation, it is fundamental that we consider the benefits of our somewhat newly found freedom. It is necessary for those of us who have been blessed never to personally experience subjugation and suppression to consider our lives were we not blessed with such freedom. For someone personally emancipated, their freedom is embraced with a daily appreciation and a deep understanding of the alternative.

Viktor Frankl famously observed that “Between stimulus and response there is a space. In that space is our power to choose our response. In our response lies our growth and our freedom.” Releasing oneself from bitterness is the ultimate act of personal emancipation for individuals like Mandela.

Sadly, it often requires a negative stimulus to elicit a personal or societal response. Freedom in and of itself can have a dulling influence. Pesach comes as a reminder to value that freedom and leverage it as a catalyst for action, rather than allow ourselves to linger in its anesthetic effects.

Nissan is of course considered one of the Jewish New Years. Exodus 12:2 states – “הַחֹ֧דֶשׁ הַזֶּ֛ה לָכֶ֖ם רֹ֣אשׁ חֳדָשִׁ֑ים רִאשׁ֥וֹן הוּא֙ לָכֶ֔ם לְחָדְשֵׁ֖י הַשָּׁנָֽה׃ – “This month shall mark for you the beginning of the months; it shall be the first of the months of the year for you.” As we enter a new year, it behooves us to enter a period of reflection.

We all have punctuated experiences that cast new realities. For me, one such memory was hearing Jewish communal leaders in Post-Apartheid South Africa lamenting the fact that they had not done more or used their power in more discernible ways. I worry that in time, I will find myself uttering similar lamentations.

Ultimate freedom is exercised by leveraging our freedoms for the benefit of others. We are inundated with injustices. The humanitarian crisis confronting immigrants to this country, the threat of global warming, the plight of the socioeconomically disadvantaged, the ills of factory farming – the list is so long as to be paralyzing.

Pesach comes as a stimulus to elicit our response to injustice, as a clarion cry to each of us to sober ourselves from the inebriating effects of freedom. May we recognize that true freedom is only conceivable in a society where all enjoy it. Society is only free where we have collectively relegated the injustices experienced by too many in this world to the dustbin of history.

May our freedom and the recollection of the pain of slavery illicit a response in each of us. And, as we become overwhelmed by the magnitude of the tasks before us, may we once more draw wisdom from Mandela who suggested, “One of the most difficult things is not to change society but to change yourself.” 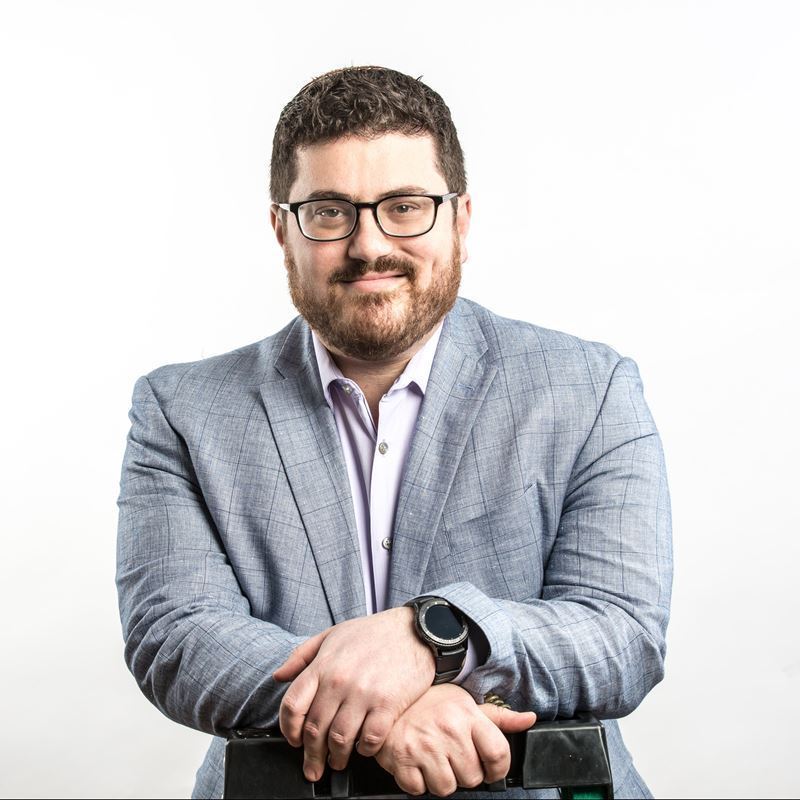 Wexner Field Fellow Elan Burman (Class 2) is a fourth generation Jewish communal professional. As a child, he vowed to break out of the family business. However, as a young adult the value he placed in the community was simply too great and he followed in the footsteps of generations before him. After completing a Bachelor of Commerce Degree in Politics, Philosophy and Economics at the University of Cape Town, he enrolled in the Hornstein Program in Jewish Communal Service at Brandeis University. There, Elan specialized in fundraising but his substantive paper, which was awarded distinction, addressed the topic – “Equal Liberty of Conscience – Pluralism in Jewish Organizational Life.” Over the course of his 11-year career, Elan has served the United Jewish Campaign of Cape Town as Deputy Executive Director, The Jewish Federation of Greater Washington as Director of Planned and Major Giving and Maryland Hillel first as Development Director and now as Capital Campaign Director. Elan recently completed a Master’s in Information Systems through Northwestern University. He is increasingly passionate about leveraging technology for the benefit of the Jewish community. When not working, Elan can be found cooking, reading or spending time with his family.