Much has been said and written about our inability to speak civilly with those with whom we disagree. What can we do about it?

We live in an age of frivolous challenges. The latest of these is the “Ten Year Challenge.” It follows the “Ice Bucket Challenge,” the “Mannequin Challenge,” and various “Dance Challenges.” I would like to suggest a more meaningful challenge. Call it, “You’re a Human Challenge” (or in Torah terms – “the tzelem elokim challenge.”)

Here’s the challenge: find the comment on your social media feed with which you most disagree. Call the author and (with permission) record a respectful conversation (audio or video).

I tried the challenge back in January. I called Rabbi Barat Ellman – a Facebook friend (and a member of my Wexner Graduate Fellowship class) who has defended Tamika Mallory, the Washington Women’s March leader who has refused to publicly condemn Louis Farrakhan’s anti-Semitic statements. I thank Barat for agreeing to participate in the challenge.

Due to technical problems, we weren’t able to record our conversation. (I guess this “challenge” won’t go viral.) We began our conversation speaking about our common objective, a society with less hatred and greater equality. I asked Barat to explain her willingness to see Mallory’s view of Jews as part of a learning process, and not to see these views (coming from a public leader) as normalizing Antisemitism. Barat explained that African American Antisemitism (in her experience) is a function of un-interrogated absorbed tropes rather than animus. The intensity of racism that they experience prevents them from seeing other’s oppression.

While Barat is intensely critical of Farrakhan, she does not feel comfortable as a white woman making demands of a black woman. Moreover, Barat said that Mallory has been involved in conversations with Jewish leaders, including herself, and has earnestly begun the project of learning about Antisemitism. Differentiating between private and public statements that Mallory made, Barat argued that she takes seriously Mallory’s explanation that the relationships that link Farrakhan to black communities mean that she cannot denounce him. Therefore, Mallory’s failure to distance herself from Farrakhan does not itself warrant an outcome where a black woman would lose her position at the head of a national women’s movement.

I argued that learning about Antisemitism must take place before we allow a person to stand upon our shoulders (on a national stage). I argued that until such learning is completed and integrated into a person’s character, great risks remain. We do not know what hateful influences will guide what actions to the detriment of Jews and society in general.

Our conversation continued in many directions. We spoke about what “crossed lines” might constitute a reason to strip a leader of leadership. We spoke about our understanding of America’s shortcomings and America’s promise. I agreed with much of what Barat said, but I also disagreed. I think Barat can say the same thing about what I shared. I learned something. Barat told me that she did too, and that she found the challenge to be valuable and meaningful.

There were no “gotcha” moments to jeer and cheer, so we will need some help making this “challenge” spread. Civil disagreement is a learned skill and a habit that we should regularize in a social-health routine. It’s also uncomfortable – conflict is uncomfortable. It’s easier to talk to your choir whoever they may be.

A phrase appears multiple times in the Talmud that describes the culture of Torah study מלחמתה של תורה – the battle of Torah. Yes – Torah study is war. In endeavoring to discover ultimate truth, we must fight. This conflict is within ourselves and with others. A beautiful passage in the Talmud (Kiddushin 30b) describes the trajectories and triumphs within such a battle:

The Gemara asks: What is the meaning of the phrase “enemies in the gate” with regard to Torah study? Rabbi Ḥiyya bar Abba says: “Even a father and his son, or a rabbi and his student, who are engaged in Torah together in one gate become enemies with each other due to the intensity of their studies.” But they do not leave there until they love each other, as it is stated in the verse discussing the places the Jewish people engaged in battle in the wilderness: “Therefore it is said in the book of the wars of the Lord, Vahev in Suphah [beSufa], and the valleys of Arnon” (Numbers 21:14). The word “vahev” is interpreted as related to the word for love, ahava. Additionally, do not read this as “in Suphah [beSufa]”; rather, read it as “at its end [besofa],” i.e., at the end of their dispute they are beloved to each other.

Our tradition of machloket is worth sharing. We see truth as worthy of battle – but we recognize that the battle’s ultimate destination is a better love than the position from which we began. Let us model this attitude toward conflict in how we do and teach politics. Let us embrace discomfort as we pursue a better culture of disagreement. 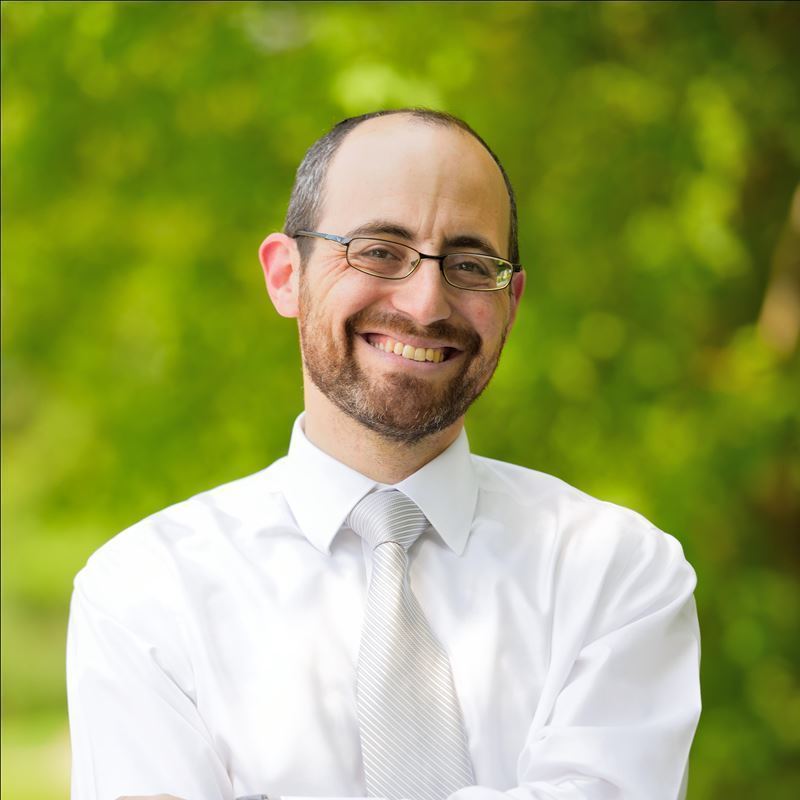 Wexner Graduate Fellow Chaim Strauchler (Class 12), is the rabbi at Shaarei Shomayim Congregation in Toronto, ON. He served for three years as rabbi of a small synagogue in Westport, CT. He received his Semicha from RIETS and a master’s in bible from Revel Graduate School. He has a diploma in Theology as well as a master’s in religious studies from Oxford. He is founder of Mimaamakim: Journal for Creative Expression of the Jewish Religious Experience. He writes poetry and short stories. Chaim is married to Avital Strauchler – they have twins, a girl (Tehilla) and a boy (Adir), a daughter Atara, a son Zvi and a daughter Freda.