A Birthday Wish for Israel

A Birthday Wish for Israel

A Monumental Israel Trip
Park Avenue Synagogue began planning a multi-generational, multi-track congregational trip to Israel two years in advance of the actual trip. We actually started talking about it a couple years before that, but it takes a while to socialize and build consensus for such a large endeavor. This allowed 450 congregants and staff who like to plan ahead to hold the date for winter break 2018 to celebrate Israel at 70 and our synagogue at 136. It also gave our lay leadership and staff time to brainstorm and dream about what we wanted to accomplish by such a bold venture. Building relationships with each other and our clergy – absolutely! But we also wanted to challenge each demographic to engage at their level with the beauty and complexities of the people, land and State of Israel.

After many conversations, we decided to offer five tracks, each with its own distinct and age-appropriate itinerary:

In addition to trip and track leadership, we also had honorary leaders (two of whom are Wexner graduates) and an honorary committee so that former leaders would feel a sense of respect and ownership for the trip.

(You may be saying that’s too much for your community to pull off, but perhaps you can plan ahead for Israel at 75 or Israel at 80 with two or three tracks that work for the demographics of your synagogue, federation or other Jewish institution.)

Communal Moments
Bringing the tracks together had to have purpose. Traveling day-to-day with two buses, no problem. But there was no reason to create a balagan of 11 buses and 450 participants without intention. Track 6, as we called it, were the four carefully crafted communal moments that brought the trip together as a community:

In addition, all tracks stayed in the same hotels at the beginning and end of the trip so travelers could see their family and friends from other tracks or make new ones in the over-sized lounges and bars in our hotel lobbies.

A Leadership Shabbaton
Immediately prior to the Congregational Trip, we also hosted our first-ever Leadership Shabbaton in Tel Aviv as a way to engage our board and committee leaders with Israel and each other so that they could be ambassadors on the broader trip and leaders back at home. With 60+ participants, we knew this had to be high level and high impact. Over the course of Shabbat and the weekend, we had “Shul by the Pool” with Rabbi Cosgrove and learned from Dr. Zohar Raviv of Birthright, Yizhar Hess of Masorti, Yitzhak Herzog of the Jewish Agency and many other Israeli changemakers. I’m sure Les and Abigail, whom I have never met but am forever appreciative of their generosity, would have been proud. It was truly an opportunity to lead leaders, learn Jewishly and spark future leadership and engagement.

From hosting a historic Board Meeting in Israel to hearing from hotels and trip providers that we were the largest single synagogue mission to Israel… amazing! Some might have said Dayenu.

But no… it was not enough.

Supporting Pluralism in Israel
As we planned, we knew that we needed to make a strong statement in support of Israel along the way. There are many ways to show support. We could have engaged in a protest, held a co-ed sit-in at the Kotel or requested a tense meeting with the Rabbanut or Haredi leadership. (My Wexner cohort and I remember the latter vividly.) To what end? To cause further friction within the Jewish community? To potentially turn off some of our members from Israel engagement? We agreed as a synagogue leadership team that tsuris is not what we wanted this trip to stand for, nor did we want it to define liberal diaspora Judaism’s relationship with Israel. We also agreed that intra-Jewish relations did not need to be further strained at this time, especially by our community that is deeply supportive of and engaged with Israel. We thought that being a role model of positive engagement would have a message far wider and hopefully more impactful than a negative one, something our rabbi calls “leaning in to Israel.”

“For the moment, my answer is that when faced with a relationship in need of repair, in our private families or our global family, one can choose to pick and tear at it, or one can choose to lean into it with expressions of love, earned trust and the belief that by having a seat at the table, one is better positioned to effectuate change.”
—Rabbi Elliot Cosgrove, “The Great Schism,” January 12, 2019

We went a different route and decided to bring Israel a birthday gift: a Torah that would be donated to Ezrat Yisrael (also known as Robinson’s Arch,) the egalitarian prayer space of the Kotel, which is maintained by Masorti, the Conservative movement’s partner in Israel. Since 2000, Ezrat Yisrael has been used by thousands of Jews (Israelis and visitors) for egalitarian prayer services and Bar and Bat Mitzvah ceremonies. On behalf of our leadership, I presented a proclamation about the Torah donation at our aforementioned ceremonial Board Meeting in Tel Aviv just prior to the start of the trip.

Rabbi Cosgrove brought the Torah to Israel and all trip participants were invited to dance with the Torah at our birthday-party-style dinner in Jerusalem. He read our proclamation proudly to all assembled and presented it to the leadership of Masorti. Our Bnei Mitzvah and Teen Tracks used the Torah for the group Bnei Mitzvah service at the Israel Museum during the trip and also participated in a festive hora and special dedication ceremony while escorting the Torah to its new home at Ezrat Yisrael at the Kotel on the final day of the trip. The next day, a member of our synagogue celebrated her Bat Mitzvah and read from the Torah in its new home for the first time. A few congregants will use it for a group Bat Mitzvah this spring. (While there are several Torah scrolls available at Ezrat Yisrael, if you or someone you know wants to use the Park Avenue Synagogue Torah during a future trip to Israel, please be in touch with Masorti, who oversees the space reservations and ritual objects at Ezrat Yisrael.)

Now that we are home and the jet lag is behind us, I looked again at the messages in our proclamation:

Looking Back and Looking Forward
Let’s take a moment to remember the hopes and dreams of those who fought for the State. It wasn’t to divide Jews or Jewish practice, but to unite us, all different types of us (different countries of origin, different denominations, etc.) We may practice our Judaism differently, but there aren’t enough of us in this world to continue to be at odds. Israel will celebrate its 71st birthday very soon; wouldn’t the best next birthday gift be for us to come together as all types of Jews, show each other the respect and dignity that we all deserve and live up to the values of our tradition that we are united as one people and responsible for one another?

I do believe that every birthday party needs a gift, but in order to bring a gift, friends and family have to be invited to a party (or as Rabbi Cosgrove expressed, have a seat at the table.) As we learned in our Wexner classes, our tradition has lived through the ages because we have survived and evolved as a people and religion for thousands of years. If we end the family feud and focus on what’s important, Israel will keep having birthday parties, and more and more Jews will show up with the greatest gift of all: excitement for perpetuating and positively supporting a people, tradition and nation that we all love. 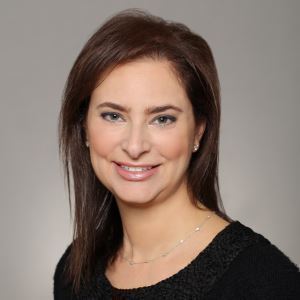 Wexner Heritage Alum Natalie Barth (New York 16) is the President of Park Avenue Synagogue.  She also sits on the Georgetown McDonough School of Business Board and the Head of School Committee at Horace Mann. She is a former trustee of UJA-Federation of NY and the Children’s Museum of the East End. She was Director of Operations and Business Management at Perella Weinberg Partners and a VP in Morgan Stanley’s Capital Introductions Group. She earned a BS in Finance and International Business from Georgetown and an MBA from Harvard.