I am guessing many of you in the Wexner Network have kids going back to school, including many in North America whose kids will be going for a year in Israel. I wrote this letter to my daughter as she embarks for an academic year of study in Jerusalem.

In
the midst of all the shopping, packing, shopping, planning, shopping, goodbye
parties and did I say shopping, I did not want to forget some important
thoughts that I would like to convey to you before you leave. I decided to
put my thoughts to paper as you embark on what will no doubt be a year
of learning, opportunity and personal growth at Midreshet Torah
Ve’Avodah.

Strangely
enough, your academic year in Jerusalem will mark the first time in your life
that you and your namesake, your maternal great-grandmother, Malka Honigwax
Z”L, will be close to one another, at least in spirit. You will live a
short bus ride from her resting place in the sacred soil of Jerusalem on Har
Hamenuchot.

While
you share a name with your late great-grandmother and while you probably share
many of her attributes from what I am told – your world and the world of
your late great-grandmother lived in could not be any more different. By the
time your namesake was your age, her world had already been shattered
into pieces. Her dynastic family of Hungarian Rabbis abruptly ended with the
murder of her father and 12 of her 15 siblings. As you know from the stories
that Mommy and Grandma shared, she survived the hell of Auschwitz, married Saba
and re-built a beautiful a life and family embodied by Chesed and
Tzedekah.

How
different would her world have been if she found that magic cave that the
Israeli Nobel Prize winning author S.Y. Agnon wrote about in his folk tale
– a magical cave that could transport one from wherever they are in the
world on the one end to the Land of Israel at the other end.

Your
great-grandmother would have given up everything for the privilege that you are
about to undertake. The idea of getting on an airplane and landing in the State
of Israel 10 hours later to undertake a year of studying, travelling and
volunteering is something that your namesake could not even have dreamed about.

Moses
himself (and 1900 years of Jews that came after him) did not enjoy the Zchut
that you now have.

Appreciate
this gift. Every day, every step, every class and every page your learn. We are
living in a golden age and as foreign as the concept may seem to you (and to
me!) – there was a time, not very long ago, before both you and I were born,
where the privilege of studying Torah and walking freely in the streets of
Jerusalem would not have been possible.

Cherish
the fact that you will walk on streets named after prophets, biblical figures,
kings, Jewish heroes, Rabbis, scholars and builders. Streets like Rachel Imenu,
Hillel, Bruriah, King Hezkiah, Maimon, Rav Kook, Jabotinsky, Begin, Meir,
Tchernikovsky, Gruner, Raziel, Montefiore, Wingate, Heleni
HaMalka and of course Wallenberg. Learn about as many of them as you can.
Learn the stories behind the street names Ha’Arbaa, Ha’Asarah,
Ha-ayin Chet, Mishpat Dreyfus, Asirei Tzion and of
course Kaf Tet Be’November. Nowhere else in the world can you walk on
streets with names like Shema, Mishmerot HaKehuna, Oneg
Shabbat, Sanhedrin and HaTechelet. Jewish history – your
history – literally comes alive with every step.

Take
stock of the little things – like the sign above a seat on the city bus
reminding passengers to give up their seats for the elderly with a verse from
the Torah portion in Vayikra, or a sign on the bus reminding you what day of
the Sefirat Ha’omer to count, the picture of the Lubavitcher Rebbe or
the Baba Sali on the bus driver’s dashboard or the mussar schmooze you
may get from your taxi driver, who will also be a political pundit by the way.

Even
though you will live a short walk from the Western Wall – every time you enter
the Old City and see the Kotel should feel like the first time. God
forbid that feeling should ever grow old.

When
you are there – listen carefully for the sound of the Shofar and understand
that there was a time not very long ago when this sound was considered illegal
and the simple, but defiant, act of blowing the Shofar at Kotel often landed
the “offender” in a British mandatory jail.

When
you visit the tomb of the Matriarch Rachel and you see the words of the
Prophet Jeremiah – “For your work has its rewards and your
children shall return to their border” – appreciate the profundity
of those words as you witness the prophecy coming to fruition before your very
own eyes.

You
will have the opportunity to walk and hike all those places that your wonderful
Tanach teachers at Hebrew Academy taught you about. Walk in the footsteps of
Avaraham Avinu and King David. Take in the water fall at Ein Gedi that
served as the inspiration for Shir HaShirim. When you visit Bnei Brak
– remember that this is the place where Rabbis Eliezer, Yehoshua, Elazar Ben
Azarya, Akiva and Tarfon were recounting the story of the Exodus all night
until it was time to say the Shema, a story that we recount in the Pesach
Hagadah.

Fulfill
the commandment “Kum Hitalech Ba’Aretz Leorchah U’Lerochvah” (Get up
and walk the land through its length and breadth).

Every
time you pass the Shoresh Junction on the Jerusalem-Tel Aviv highway, I hope
that you will think about Jason (Yehoshua) Friedberg Z”L, a product of – really
the very best of – our Montreal Jewish community.

And
when you climb the winding highway to the entrance to Jerusalem and you pass
the rusted burned out armored vehicles on the side of the road – never
take those memorials for granted. You must never forget the boys of the Harel
Brigade who commandeered those vehicles in 1948, many of whom were Holocaust
survivors, who literally paved the path for you to the Jerusalem of today with
their blood, sweat, tears and ultimately their bodies.

When
you have the urge to visit the graves of the righteous, you can certainly
travel to Amukah, Meron and Tiveria, as I am sure
you will at some point during the year, but you can also just take bus number
10 (not sure of the light rail stop number..) and get off at Mount Herzl –
Israel’s National Military Cemetery – and pay homage the heroes who have made
the ultimate sacrifice in defense of the State of Israel and her citizens.

On
Friday afternoon, when the bustle of the city and commerce starts to wind down,
traffic dwindles, when the golden hue of the sun sets on Jerusalem and you hear
the siren ushering in the Shabbat bride – embrace and bask in the weekly
spiritual reset and recharge that, perhaps more than any other place in the
world – is intertwined with Jerusalem. Enjoy that feeling – which you will
experience about 40 times over the next academic year – as you will spend the
rest of your life trying to replicate it.

Enjoy
every Shabbat and appreciate every Chag. Take the time to appreciate the sites,
sounds and smells.

When
you go to Poland with your classmates – remember the sites, sounds and smells
of those places as well. Commit them to your memory but never forget that those
places of powerlessness will remain relegated to history. The State of Israel
and the IDF are the guarantors of that eternal pledge.

You
have grown up in a community of Holocaust survivors, many of whom are no longer
with us. You bear witness to their stories. When you visit the shtetls that
have you read and learned about – take their memories and bring them with you.
And then when your return from Poland to Israel – “deposit” their memories at
the Kotel, study in their honour, help perpetuate their everlasting victory
over their murderers.

Do
not be afraid to engage in Israel’s national past time – politics. Learn,
debate, articulate, criticize if you must and advocate.

As
you explore the streets of Tel-Aviv and Jaffa (in moderation, mommy and I hope!),
appreciate the fact that in a span of a 10 minute walk you can pass Rav Kook’s
Beit Midrash, Independence Hall as well offices and campuses belonging to
Facebook, WeWork, IBM and Google. Never could the founding fathers (and
mothers!), signatories to the Declaration of Independence, have imagined the
modern, succesful and thriving State of Israel that you will get to know
intimately and experience this year.

Israel,
as you will also discover, is not perfect. She also has her flaws. But for the
first time in 2000 years – decisions and actions on how to perfect her will be
made by the Jewish people.

In
closing, I want you to know that Mommy and I are proud of the young lady that
you have become and the choices that you have made. Your academic rigour and now
your choice of Seminary reflects both who you are and who you will become. As
parents, we have complete faith that we, together with your extended family,
your teachers and really your entire community have prepared you to take this
next important step as you figure out your rightful place in this great Jewish
story.

25
years ago, as you know, Mommy and I had the privilege of spending an
academic year in Israel. We hope that, as it was for us, this year is the
start of a journey for you. Wherever that journey leads you, on whatever soil
your feet ultimately rest and whatever passport you hold in your hand – we hope
that your heart will, like the poet Yehuda Halevi wrote, always be in the east
– in Israel.

As
you step off the plane in Israel this week, something that you have had the
privilege of doing many times since you were an infant, know that this time it
will be different. This time, when you step off the plane – it will be your
last time stepping off as a tourist for after living and studying in Israel
for an entire academic year – you will no doubt feel connected to this amazing
and enduring story for the rest of your life.

May
you have a year of bracha and hatzlacha and may it be a year
of growth in your Torah study, love of Israel and the Jewish People and above
all –  remember to cherish every single day. 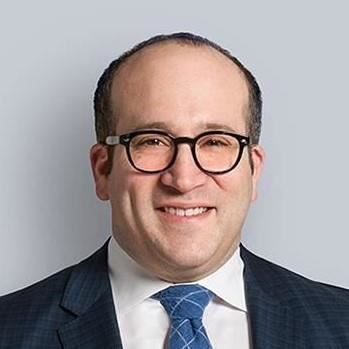 WHP Alum Lawrence Witt (Montreal 17) is a partner with the pan-Canadian law firm Miller Thomson LLP, where he maintains a thriving labor, employment and human rights law practice. Lawrence is very involved in Holocaust education and he has the distinction of having participated on the March of the Living as a student, a chaperone and as a co-chair of the 2017 Montreal delegation comprised of 250 high school students accompanied by 10 Holocaust survivors. In the early 1990’s Lawrence studied at a Yeshiva in Jerusalem and he subsequently served in the Israel Defense Forces as a lone soldier in the 401st Armored Brigade. Lawrence is married to Deena Lieberman and they have three children, Malka, Yakyra (Kiki) and Harel.