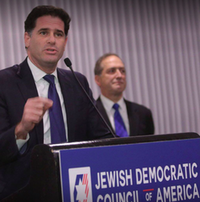 Pictured above is Ron Dermer, Israel’s Ambassador to the United States, speaking at the JDCA launch event with Ron Klein.

Our participation in the Wexner Heritage Program (our respective city cohorts, Boca Raton and Atlanta, launched in the same year — 1989) was one of the most transformative experiences of our lives. Since then, we have consistently, and with great pride, applied the Jewish learning and leadership training Wexner gave us to virtually every leadership position we’ve held. The latest such opportunity is our involvement in the Jewish Democratic Council of America (JDCA).

Ron, who was elected to Congress (D-FL) after his Wexner experience and now chairs JDCA, recently invited Michael to serve on JDCA’s Board. With the mid-term elections fast approaching, we are grateful for this opportunity to tell our Wexner colleagues about JDCA.

JDCA is a political organization that embraces the Jewish value of Tikkun Olam, strong support for the State of Israel and the policy objectives of the Democratic Party. The organization launched after the white supremacist rally in Charlottesville last year, in part to present a Jewish Democratic alternative to the toxic political environment we are experiencing. In addition to focusing on Israel, JDCA promotes a strong but compassionate immigration policy; access to affordable healthcare; uniformly high-quality education for everyone; women’s reproductive rights; sensible gun laws; robust environmental protection; and the selection of judges who will protect these values. JDCA regularly champions Jewish values and Democratic policy positions at the state and federal levels and supports candidates and elected officials (Jewish and non-Jewish) who share our views.

The Wexner Foundation taught us a fundamental lesson of leadership that emerges from our tradition: Good people must stand up for what is right and lead by example. As the Talmud reminds us, those who stand idly by when confronted by a wrong are as guilty as the perpetrators of that wrong. JDCA embodies that teaching every day, condemning hate wherever it occurs, standing up for the weak and the marginalized and, most importantly, getting out the Jewish vote to support candidates who share our values.

To be sure, JDCA is a partisan organization, and we are involved with JDCA because we are proud Democrats. While we understand the importance of a strong two-party system, we have been dismayed by the silence of most Republicans in the face of direct challenges to our country’s rule of law, threats to the independence of our courts, attacks on our free press, and the frightening tolerance of racism, anti-Semitism, xenophobia and other forms of discrimination that we see today. These failures threaten the very pillars of our democracy and remind us that, in the current environment, one’s values are necessarily closely tied to party affiliation. Nevertheless, we want to be clear that JDCA does not support all Democrats (for example, we have spoken out forcefully against three Democratic Congressional candidates who do not favor a strong U.S.-Israel relationship), and we carefully vet Democratic candidates and endorse only those who genuinely share our values.

The Wexner Foundation, as it should, welcomes committed Jews across the political spectrum. We can and should welcome disagreement and healthy dialogue, and we should also recognize the danger of painting with too broad a brush. But a recent poll by prominent pollster Mark Mellman (another Wexner Heritage Alum, from the DC class in our same year!) confirms a simple truth: The vast majority of American Jews (74%) are strongly Democratic, plan to vote for Democrats in the upcoming election and disagree with the Republican leadership on virtually every domestic issue. Overwhelmingly, American Jews see the Democratic Party as the party best reflecting the values of both our Jewish tradition and our American democracy.

JDCA has endorsed 52 Congressional and 8 gubernatorial candidates in this election cycle. We are getting out the Jewish vote across the country, focusing on very close races in districts and states where there is a critical mass of Jewish voters whose strong turnout can determine the outcome of elections.

If you’d like to learn more about JDCA, or perhaps even join us as we move forward, please reach out either through the JDCA website or by emailing one of us (our email addresses are in our bios below). Together, we can play at least some small role in repairing the world. 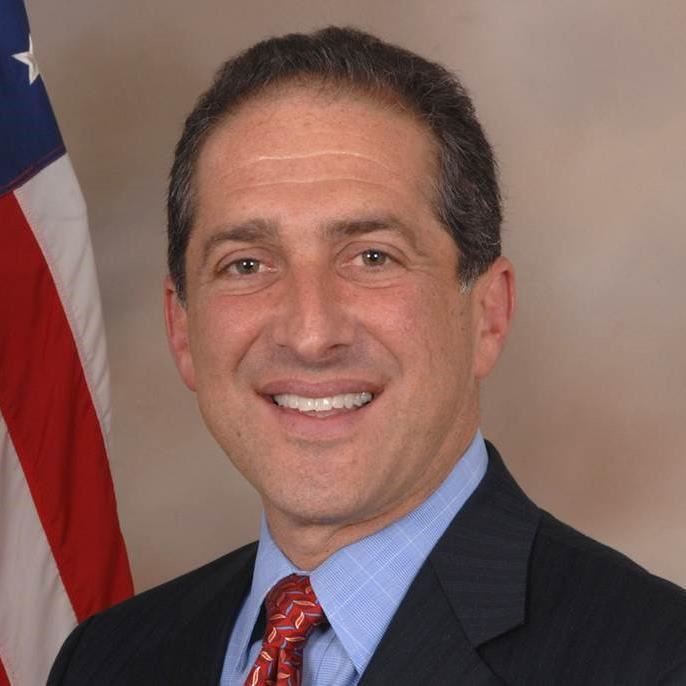 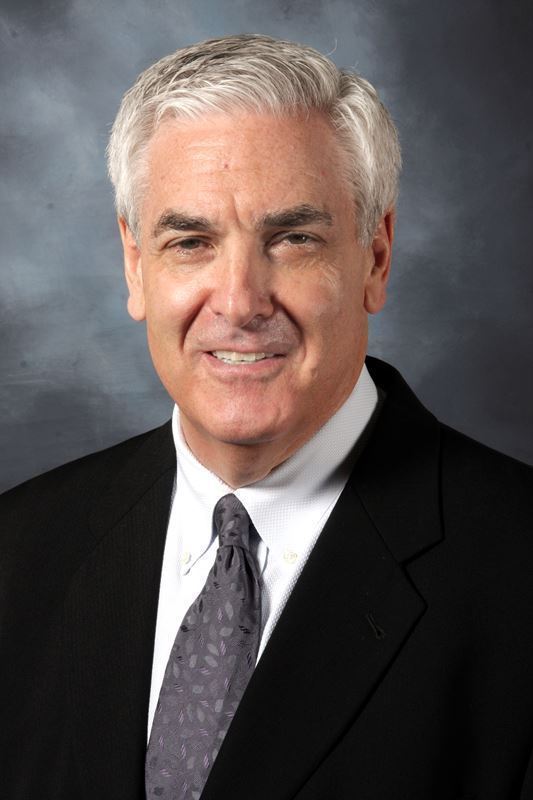 Wexner Heritage Program Alum Ron Klein (Boca Raton) is chair of the Jewish Democratic Council of America and is a former Florida State Legislator and member of Congress.

Wexner Heritage Program Alum, Michael Rosenzweig (Atlanta) is a JDCA board member and an independent consultant to nonprofit organizations. He is the former president and CEO of the National Museum of American Jewish History and the Pardes Institute of Jewish Studies.