Designing Jewish Space: What Happens When it’s Never Been?

Designing Jewish Space: What Happens When it’s Never Been? 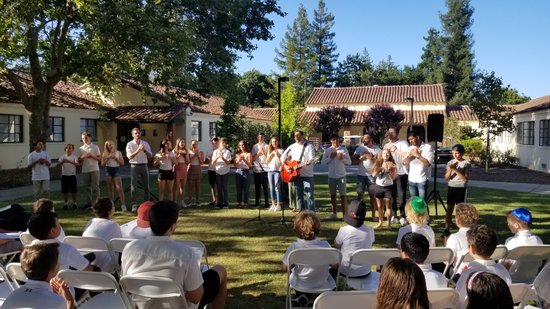 It was our first summer as a new Jewish overnight camp. I remember getting an email from a parent, which as a brand-new, first-time camp director, brought some apprehension, especially in our inaugural summer. To my relief, the email was all positive, kvelling about her son’s first experience at summer camp. The camper in question was a 13-year old competitive basketball player so I was expecting the highlights of camp to be about playing endless basketball, great coaching, living in a college dorm, making new friends or maybe even the food. And those elements were all part of the email, but what especially caught my attention was her sharing that his favorite part about camp was the time he spent in our “peaceful Shabbat Garden.”

This made me quite happy, except for one small detail. We didn’t have a peaceful Shabbat Garden. At least, we had never named anything that or referred to it as such publicly to campers and staff. As a camp trying to make a college campus feel like camp, we had signs all over the place labeling space as the gym, dining hall, girls’ dorm and more. But there was no sign saying, “Shabbat Garden” and we were definitely not bold enough to create one that said “Peaceful Shabbat Garden.” Shabbat took place on a piece of grass in a quieter part of the campus. Sure, it was surrounded by a picturesque building with Spanish tile, well-manicured flower beds and beautiful trees that permitted rays of the setting sun to shine through during Kabbalat Shabbat. We thought it was nice and had intentionally selected this space for prayerful gatherings, but it wasn’t a sanctuary. And yet there it was in black and white: this camper loved Shabbat in the Peaceful Shabbat Garden.

A main reason why our camp was created, as part of the Foundation for Jewish Camp’s Specialty Camp Incubator, was to rethink Jewish camp, particularly what Jewish space meant, moving away from traditional camp venues and re-imagining what Jewish overnight camp could be in specialty arenas for a new demographic of camp-age children. For JCC Maccabi Sports Camp and others in the Incubator, this meant transforming a college campus or boarding school into Jewish space. Unlike the tabernacle, described in the Torah to great specification, we had no such guidance or blueprint. There is no formula to creating Jewish space at camp, no road map provided to establish Jewish space in a venue where it had not previously existed. This was both freeing and formidable.

Upon reflection on that first summer, specifically when considering our choices around what is now the Shabbat Garden, I am pleased with the level of intentional decision-making we exercised. Some elements we incorporated that first summer still hold today while others have been modified or removed altogether. I could articulate a long list of examples, though that’s not really the point. What matters is that we defined our Jewish space, or maybe more importantly the time spent in that space, by considering our mission, our values and our burgeoning community. A much harder task when those very qualities are in the midst of taking shape themselves. Regardless, we had a sense of what we wanted camp to be and we made choices that felt true, genuine and authentic to that dream. And then we weren’t afraid to recognize and adapt when we’d made a poor choice.

Interestingly, what has become the Shabbat Garden is a space also used for programming well beyond Friday night and Saturday morning services, including cabin activities, electives, Maccabi Cup events, and often, just hanging out. Maybe this dimension adds to the specialness of that patch of grass. Could it be that since it’s not uniquely a Jewish sacred space, but rather a commonly used and familiar space, that adds to the level of importance when we gather specifically for moments that are more reflective, sacred and explicitly Jewish? Maybe it’s the time we spend there together, not the space, that makes it sacred. Abraham Joshua Heschel, in discussing his view of the sacred, writes that “Space is exposed to our will. We may shape and change the things in space as we please. Time, however, is beyond our reach, beyond our power. It belongs exclusively to God.”

So while we were able to transform a specific space, time in one way has been our friend and in another way was and remains our biggest challenge. Culture and ritual are built over time. This is a process that cannot be rushed. There is no deadline and there is no way to predict when they will take hold. In fact, camps are infamous for receiving pushback when implementing change, often hearing from veteran campers and staff, “but that’s the way it’s always been!” What happens when it’s never been? How long does it take to get to where it has always been that way? Maybe we cannot know since time belongs to God.

What we’ve come to learn in our early years at JCC Maccabi Sports Camp, something which will come as no surprise to anyone, is that it’s not the space that matters or should be qualified as Jewish. The spaces at our camp are most decidedly not Jewish: student dining halls and dorms, a collegiate soccer field and a terraced rock amphitheater. They were vessels waiting to be filled. It was up to us to decide with what, with whom and how to fill them. We chose Jewish values, ritual and song. More important are the people that gather, the culture created and the communities built that in the end define and deem a space as Jewish. It matters who is in that space and what is being done there. For us, a meaningful Jewish experience for our campers has come to be defined and created by the values of our community and the intention of living those values moment to moment. And when done right, you just may find yourself sitting, as the sign now says, in a peaceful Shabbat Garden. 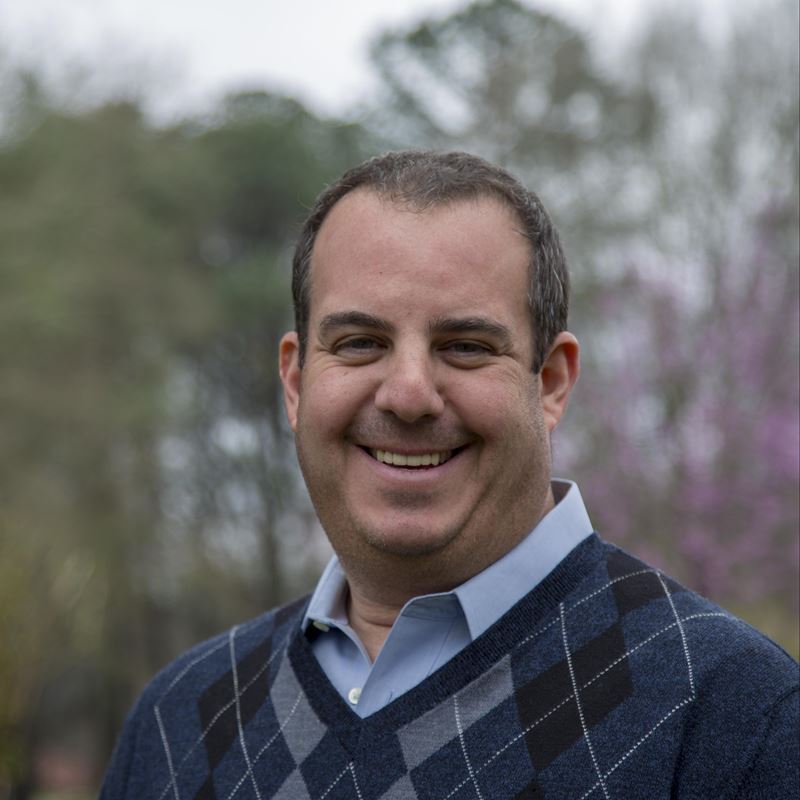