Difficult Conversation & Global Jewish Advocacy: Lessons of the Past Century

Difficult Conversation & Global Jewish Advocacy: Lessons of the Past Century 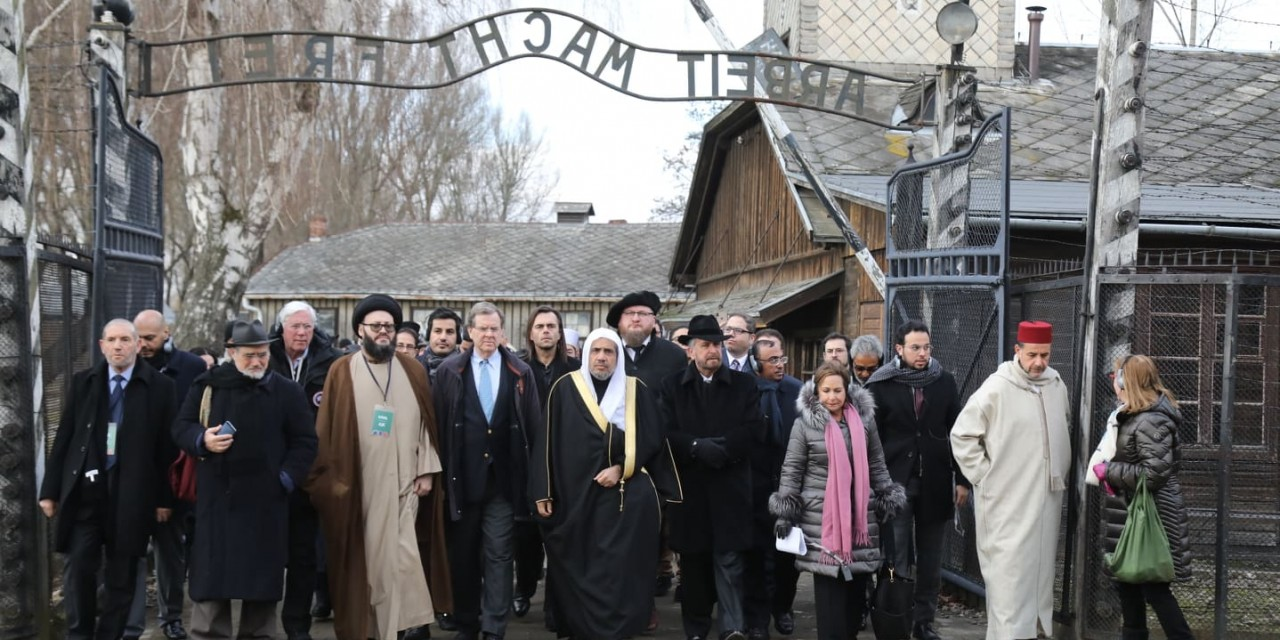 The imperative to engage in difficult conversations – like the notion of leadership itself – is premised on the principle that change is possible. Painful relationships may be healed, challenging dynamics may be transformed and stubborn misconceptions may be upended. We take risks to reach across divides, because we believe that the way things are need not continue forevermore. For Jews, the idea that growth and change are possible is built into the fabric of our holiday cycle and our Torah.

The Jewish new year commemorates the creation of the world and just after Sukkot we re-commence the cycle of Torah reading from the beginning—Parashat Bereishit.

The biblical account of creation, however, is an odd way to start the story of humanity in that it is tinged with transgression. Adam and Eve, the capstone of creation, are given one rule: eat whatever you like from the trees of the garden, save one, which you must leave alone  (Gen. 2:16-17). The first humans fail to abide. The next generation seems to do even worse, when one of Adam’s sons murders the other. Add to these the stories of collective sin and retribution in Noah’s generation and that of the Tower of Babel, and it appears that humans are  doomed to harm one another and disappoint our Creator. 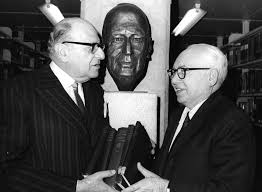 The Rabbis of the Talmud, our ancient sages, read these stories through the perspective of a compassionate and merciful God. Before  fashioning heaven and earth, they taught God created repentance (B. Nedarim 39a). The message is clear: shortcomings, missteps and offenses are part of what it means to be human, but the potential for growth and change are built into the very fabric of the universe, and even preexist it.

The potential for change has underpinned Jewish global diplomacy throughout the past century, demanding calculated risks and uncomfortable outreach across inter-group lines. Some of these stories carry leadership lessons for those engaging in all manner of transformative difficult conversation.

Timing and discomfort
After World War II ended, Germany set a course towards rebuilding, de-Nazification and democracy. Just after the Holocaust, it was natural that our community relegate the country to eternal condemnation as an irredeemable pariah state. For American Jews like Dr. John Slawson,  then Executive Vice President of American Jewish Committee (AJC) however, the stakes of Germany’s post-war reconfiguration were too high to turn away – not despite the pain and destruction, but because of it. In 1945 and for decades thereafter, Jewish leaders held a voice at the table as the country and its people confronted their past. Today Germany models Holocaust remembrance, educates against hate and antisemitism, and is one of the strongest allies of the Jewish State and Jewish communities around the world. Difficult conversations demand that we start before perfect conditions present themselves and often before we feel ready.

Consensus and courage
Between 1962 and 1965, the Holy See held the Vatican II Council, a series of meetings to realign Church teachings with the sensibilities and needs of the times. Among the many declarations issued by the Council was Nostra Aetate, a short document that radically reinterpreted the Church’s relationship with the Jewish people (and other non-Christian religions). After nearly two millennia, the Vatican rejected the  collective responsibility of the Jewish people for the death of Jesus, decried all forms of antisemitism and affirmed God’s ongoing affection for the Jews. The declaration did not emerge in a vacuum. Many Jews were skeptical of the Catholic Church, unwilling to forgive the  generations of Catholic anti-Jewish teaching and persecution. At the same time, visionaries such as Rabbi Marc Tannenbaum (AJC’s director of Interreligious Affairs and the only rabbi to attend the Vatican II Council,) went against the grain to engage church leadership in the years leading up to the declaration. Through tireless outreach, bold Jews and Catholics in the U.S. and abroad built trust as they faced an uncomfortable past and charted a new course for the future. In the weeks after Nostra Aetate was issued, many in the Jewish community balked at the sincerity of the Church and questioned the potency of the declaration. History would favor the nay-sayers had the declaration  been tucked away in a Vatican archive to gather dust. However, for 55 years the Church has worked consistently to embody the teaching and implement its lessons, demonstrating that taking up difficult conversations can be unpopular, requiring both persistence and social courage. 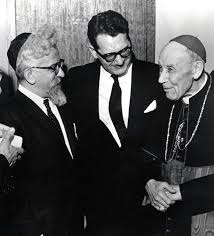 Pain and Meaning
In September 2020, two Arab countries, the United Arab Emirates and Bahrain, came to the attention of Jews around the world when they announced they would break with regional political orthodoxy to establish full diplomatic relations with the State of Israel. The “Abraham Accords,” however, followed decades of path-breaking Jewish diplomatic and inter-religious outreach to leaders across the Arab world. I was fortunate to join these efforts in January 2020, when I accompanied 62 Muslim and 20 Jewish community leaders from 28 countries to  Poland under the auspices of AJC and the Mecca-based Muslim World League. At Auschwitz, 75 years after its liberation, Muslims and Jews  commemorated the millions who perished in the Holocaust, and in Warsaw we honored Jewish life with visits to the Nozyk Synagogue, the  Polin Museum and at a Shabbat dinner. Arab-Jewish reconciliation must be built on more than just geopolitical interests; those difficult conversations must also address our vulnerabilities: what brings each one pain and where we find joy and meaning.

It is remarkable that the start of the Jewish new year is grounded in the notions of repentance and atonement. We accept our shortcomings even as we try our best to overcome them. We reach out to others with compassion and forgiveness when they demonstrate a sincere desire to grow and change. As individuals and as a community, engaging those who have wronged us involves risk and uncertainty. However, these difficult conversations constitute an act of leadership as well as one of devotion to creation and its Creator. 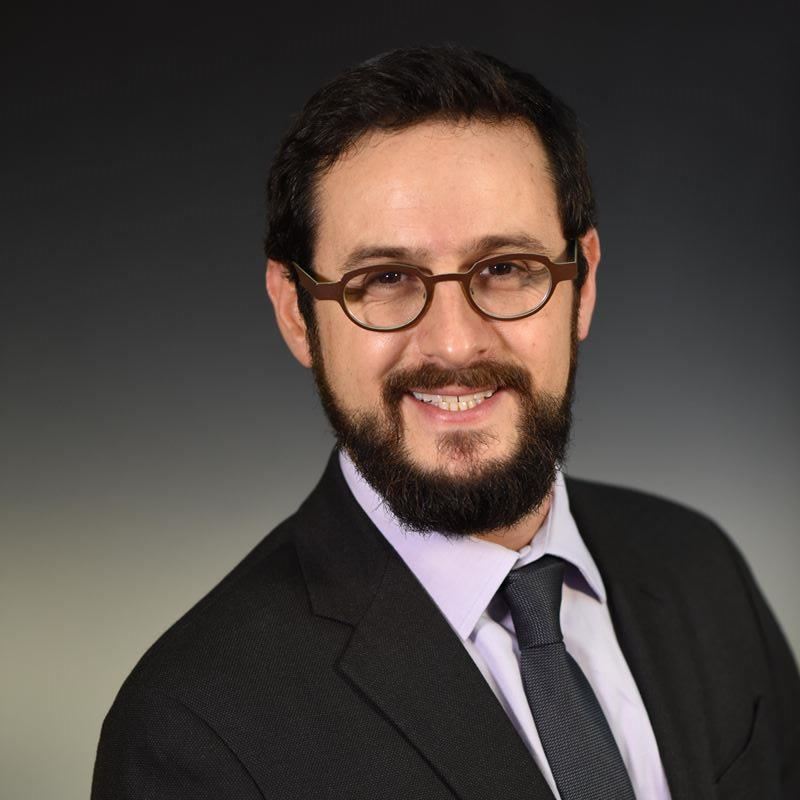