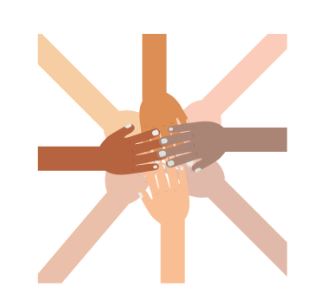 Modern times. Charlie Chaplin’s figure in black and white, struggling with the accelerating pace of an industrial assembly line. Nearly a century after Chaplin’s iconic film, many of us are still trying to come to terms with the enormous changes that continue to unfold in our world today.

Technology, communications, medicine, artificial intelligence: advances in all realms of human life and activity are increasingly contributing to health, wellness, quality of life and security. But while technology advances exponentially, humans are much slower to change. With no “hardware or software updates,” very little changes have happened from the baby boomers through Generation X and to the current generation of millennials in terms of the psyche, and in an ever-accelerating pace of change, many of us are overwhelmed by this new reality show that is our lives.

There is a constant. We seek to belong. It is part of our unremitting human order. We originate from the dozen tribes of the Israel. We are set to be part of a tribe, part of a community. Today’s social networks, global communities and wide-spread ideas connect people but may deprive us of the basic face-to-face human connection that we so need and long for.

We still look to our leaders. We need their presence, appeal and wisdom, we need their show of guidance. We follow them (on Twitter), watch them (on CNN or Fox News) and take in their declarations (often with a grain of salt).

And so, the question arises: What kind of leadership is needed in today’s (and tomorrow’s) world?

Lessons from the 2014 Gaza war
The summer of 2014, ‘Protective edge’, also known as the Gaza war, challenged many Southern Israeli communities that faced continuous bombardment for weeks. During this adversity, in the barraged towns and in locations hosting the internally displaced, brave and capable women and men exercised leadership and showed the way to coping with the hardships of war and ‘bouncing back’ once a truce was achieved. In an attempt to generate learning and better preparedness for future turmoil, I have interviewed elected officials, heads of civil society organizations and volunteers – all leaders who have had a major contribution during these trying times. I asked them: what worked for you? How did you do it?

The outcome was striking.

A recurring theme came up. These leaders consistently stated that besides solving problems ‘on the ground’, it is crucial to ‘just to be there, to show up with the people, to acknowledge the pain, to listen.’

They spoke about the need for what they termed ‘flex-vailability’ – being flexible and available while managing the crisis. That while holding a public (official or un-official) role, a leader needs to also be aware and handle his or her private life (especially when loved ones are under the same threats that the leader is handling). But while doing this, show up when the community takes a hit (physical or emotional or both) and be present to listen and be seen.

They spoke about the ability to ‘move others to action’ by empowering them, giving credit for success while taking responsibility for what went wrong. The overarching theme was that they cared. They showed compassion and emotional intelligence. They showed the way forward.

Those insights came into play and were validated repeatedly during my work with community leaders, in multiple locations around the world. From African American communities of faith in Chicago’s South Side, to Parkland, Florida’s Marjory Stoneman Douglas High School massacre survivors, to Muslim faith leaders and their communities in Israel. The notion that leaders need to care about their followers and to show it is clear and powerful.

Leadership that Cares
I believe that care, compassion and emotional intelligence are central in leading communities and organizations in today’s world. I believe that leadership goes from good to great when motivated by the basic virtues of human caring, compassion and empathy. A leader that sees people with his/her heart can mobilize community members’ spirit and soul, inspire courage and embody a resilient sense of determination.

A sense of care and of feeling cared for enables vigorous healthy personal, community and organizational advancement and resilience under all circumstances. It empowers communities and builds strong foundations of evolving, inner-organizational leadership. It sets the tone for more flexible and resilient communities and organizations, much better prepared to face the turbulence of rapid change, natural and human-made adversity and the unknown.

A leader has to be smart and know what to do, but also be sensitive. She/he needs to have a well-established sense of direction but needs to also be able (and willing) to listen, to hear and sense the verbal and non-verbal messages, that arise from the community. A leader needs to be there, emotionally present and able to acknowledge the fears, the tears and the hopes of those she/he serves. 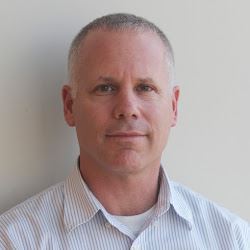 Wexner Israel Alum Yotam Dagan (Class 24) is a former Navy Seal commander, a certified clinical psychologist with expertise in Combat stress reaction (PTSD) and a hostage negotiator. Yotam has been for many years on the constant move between leading soldiers on the battlefield to building their mental and professional fighting capacity, developing their leadership skills and caring for their well-being. Upon completion of his military tenure, Yotam initiated and co-founded programs helping soldiers discharge, reintegrate and take leading positions in the Israeli public service and civil society. Yotam is currently serving as head of international team in Natal, Israel’s leading Post-traumatic stress prevention and treatment organization and is an independent consultant to corporations, governments, security organizations on issues of leadership and crisis management in Israel and abroad. Yotam holds a BA in psychology, history and philosophy, an MA in clinical psychology from the University of Haifa, Israel, and a Mid Career Master’s in public administration at the JFK School of Government at Harvard University. Yotam is married to Iris and is a father of four boys.  Yotam is married to Iris and is a father of four boys. He resides in Northern Israel.