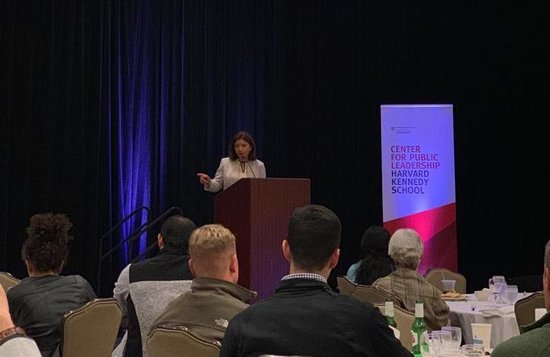 Above: Liron Zohar (Class 31) presents during the retreat.

This past weekend, 125 Fellows at The Center for Public Leadership (CPL) at Harvard University gathered for a fall retreat in Cape Cod. The retreat was designed to provide a structured atmosphere for those in 11 different fellowships, including the Wexner Israel Fellowship, to begin the journey into CPL’s curriculum goals of self-awareness, cross-cultural competency, community and social responsibility, by connecting with their cohorts, peers and the full CPL community.

Listening and sharing vulnerably was encouraged throughout cohort sessions and dinner conversations and faculty-led workshops included hearing from Arthur Brooks on “Defining Purpose,” Robert Livingston on “Leading Across Differences” and Hannah Riley Bowles on “Leading Global Teams.” Fellows also participated in service projects in the local Cape Cod community and a user-centered design workshop for prototyping social change projects, along with engaging in multiple modes of self-reflection and goal setting, including working on a Personal Leadership Development Plan for the year.

Friday evening’s program kicked off the weekend with a focus on leading with humility. Wendy Sherman, CPL’s Director and HKS professor of the practice of public leadership, shared from the heart about a time she was passed over for a role she was sure she had secured and what that taught her about humility. Then two students, one of whom was a Wexner Israel Fellow, along with an alum, each delivered a 7-minute TED-style talk followed by rapid Q&A.

First up was Dubin Fellow Inayat Sabhikhi from India, who is part of the social movements for the Right to Food, and the National Campaign for People’s Right to Information. Her talk was titled “Information is Power” and she spoke about the struggle in India to get the government to share any kind of information with its citizens. While her organization had been making progress, seeing a Right to Information act passed in 2005 and 6 million users of RTI every year, recent legislation regressed on a number of fronts. She described feeling humbled as a leader working to empower farmers in rural parts of her country who were willing to die for this cause and not allow a government to get away with withholding information. Indeed, 84 people have been killed in the last year who made requests for information that the government promised to have available. But they stay true to their rallying cry of “Humara paisa, humara hisaab” – “Our money, our accounts,” coined by rural Susheela Devi.  She said, “When I send my son to the market to get milk, I ask for the accounts – how much did you spend, how much change did you get? Why shouldn’t I ask the same of my government? It is our money after all.”

Next we heard from Wexner Israel Fellow Liron Zohar (Class 31), who directs nationwide projects in the field of medical technologies and life sciences at Israel’s Ministry of Health and serves as Special Advisor for Gender Equality to the Director General. Her talk was titled, “Not a One-Woman Show,” and she shared an incident of traveling at the last minute to a conference in Taiwan to replace a colleague and represent Israel. Upon her return, she received questions about how she managed to do so with her kids at home and about what she wore for the presentation. She knew a man wouldn’t get asked those questions and wanted to work on empowering more women in her ministry to feel confident to speak in public and to take on more leadership roles, as female representation in Israeli senior management positions is lacking: there are three female managers of general hospitals and 30 are male. Together with other partners, she spun off two programs in her ministry: one for women to deliver strong lectures and, in turn, give lectures on health issues to young girls in the periphery of the country, an extremely under-served population, and one for female physicians to participate in the first clinical leadership workshop series, where they gained tools and skills they identified as necessary in order to be promoted to higher leadership positions in the health system.

Last to present was Zach Leverenz, an alum of the CPL Reynolds Fellowship in Social Entrepreneurship and the founder and executive chairman of EveryoneOn, a national nonprofit that creates social and economic opportunity through access to affordable technologies and digital skills. He came in from Washington, DC, and his talk was titled “Finding Strength in Humility.” Zach talked about having made the decision to step out of the day-to-day role after 4+ years of rapid growth, which saw his organization expand from one regional pilot to a national offering across 48 states. He remained on the board and when three years later the CEO who succeeded him announced that they would be sun-setting the company, Zach was livid and blamed the CEO for running what had been a successful company into the ground.

In an act he characterized as the opposite of humility, he convinced the board that he could turn the organization around if hired back. He made a lot of hard cuts, including terminating 15 employees in one day, but he soon realized it couldn’t be done.

“I thought I could come back and breathe life back into the organization I had founded, but I wasn’t enough, it was failing.” He shared how hard it was to feel vulnerable and to feel that “this thing I had built and upon which much of my own professional reputation rested, was on the brink of failure.” He had placed the blame on the CEO but hadn’t wanted to consider the negligence of the board, of which he was a member, in allowing the situation to devolve unchecked for so long. Once he admitted he didn’t have all the answers he was able to start asking for advice, which led to conversations and actions that enabled the company to pivot and better align with the ecosystem. He hired the next CEO and while the ending is not perfect, they have funding through 2020. He chalks up leading with humility and intentional vulnerability as an important part of correcting course.

As the Wexner Israel Fellows embark on their year at Harvard, we will come back to this theme of humility throughout their course and community work. Learning from and through each other will be a crucial part of their experience and growth while they’re here. 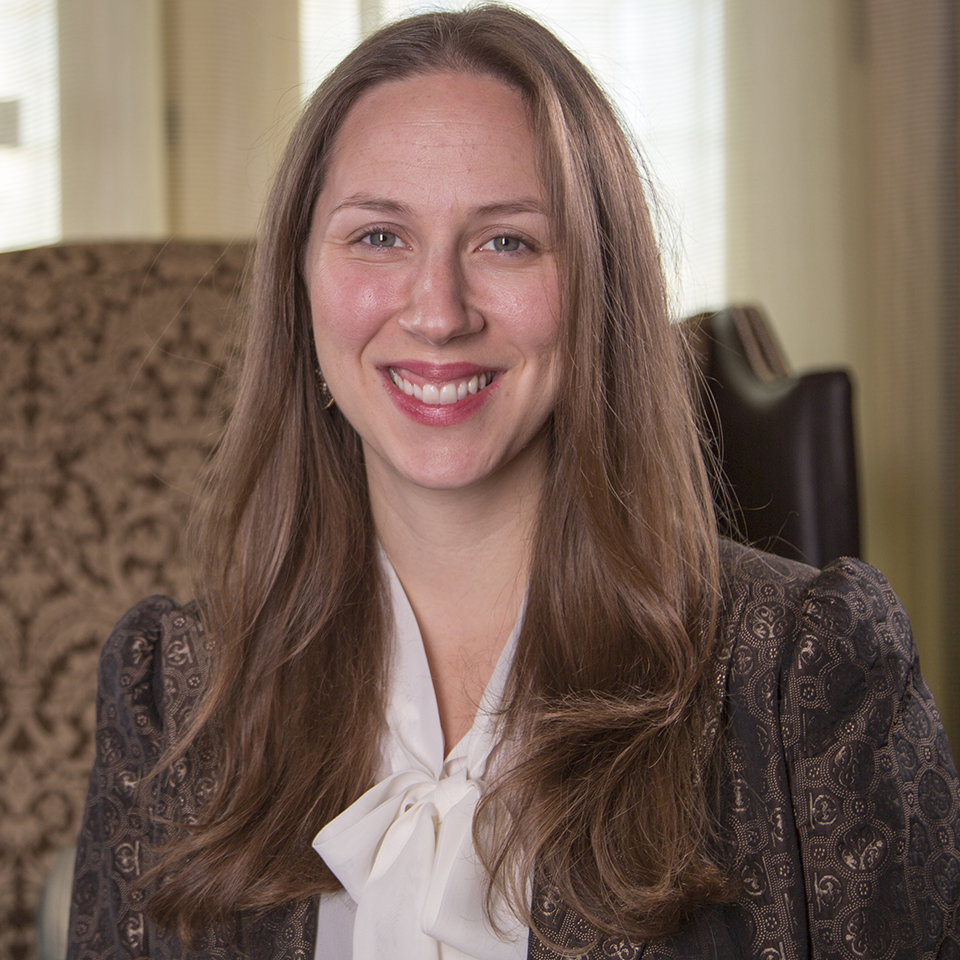 Elisha Gechter is the Senior Program Manager for the Wexner Israel Programs at the Harvard Kennedy School. She represents The Wexner Foundation at Harvard’s Center for Public Leadership and works with the Wexner Israel Fellows and Wexner Senior Leaders. Elisha has a BA in psychology from Yeshiva University’s Stern College for Women and an MA/MBA from Brandeis’ Heller Hornstein Program in Jewish Leadership and Non-profit Management.