From Moses to the Mosaics of our World

From Moses to the Mosaics of our World 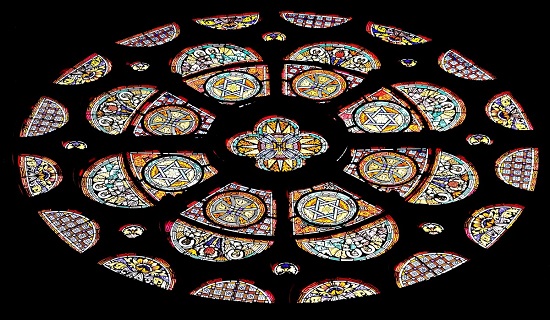 The word “mosaic” for some reason has always fascinated me. It often caught my ear as referring to something “of or by” Moses. The origin of the word, however, appears to be from the late Middle English from the French and ultimately from Greek predecessors. No evident reference tracing back to “Moses” per se.

In any case, Moses does inherit a group which could be described as a mosaic. In the midst of their common struggle and oppression, the Israelite slaves are considered by most readers as a single homogeneous entity. Their oppressors, likewise, see very little differences or diversity among those they oppress. It is only as the Israelites are liberated and wander, as we see in these summer weeks’ Torah portions, do we begin to see their diversity. The Torah describes (Bamidbar 2:2) how the camps encircled themselves side by side around the Ohel Moed (tent of meeting) with the degelim (flags) of their particular tribes…that is, their distinctness. This is what makes up the wholeness of the Israelites as they transition from slavery toward becoming free and individuated.

So I’ve been thinking about wandering and identity, mosaics and flags. I have been blessed like many of us to be able to travel throughout Europe, Israel, South America, where I ventured down to Tierra del Fuego and the fishing village of Ushuaia, then crossing the Drake passage to visit the Antarctic Peninsula for several days. I’ve also seen the wildernesses of Nepal and Tibet, going to Everest Base camp and spending time in Katmandu and Lhasa. Two years ago, we bought a small home in Mexico, where we try to thaw out from the Chicago winters as much as possible. There we have found community with both wealthy expats as well as often very poor locals. During recent tropical storms we all stood together in recovery efforts throughout the community. This past summer we traveled to Tanzania, climbing Kilimanjaro and spending time with locals in Arusha before going to the Serengeti and Ngorongoro crater.

All of these places expose one to an incredible breadth of human diversity in a glorious array of settings. We have witnessed extreme differences in natural settings and challenges, as well as people with incredibly diverse economic, political, religious and cultural environments and influences.

Connections with people of diverse cultures have taught me so much about the beauty of life everywhere, the common threads of humanity and the divine spark in all. There are core human needs and wants, often shaped by the cultures in which we are engrossed. There is compassion, love and altruism in all cultures (as well as greed, corruption and bigotry); human skill and ingenuity regardless of economic opportunity or limitations. We all know this intellectually, but traveling reveals this at a visceral level.

There are things I see in other cultures with “radical amazement,” to borrow a concept from Rabbi Heschel. Likewise, there are things that we take for granted that others look upon with “radical amazement.” We see problems we did not conceive of.  We see solutions to problems we may not have even considered. There may be organizational models which work effectively under different challenges than we usually consider even though they may not have made the Harvard Business Review. We learn that we, or our way, is not always the only way. We even learn that sometimes being “right” is overrated… that there are times when a little “tzimtzum” of our ego, can have a more humanizing effect.

So, travel, like Moses, makes me think of mosaics.

I was in a Church a few years ago for a community event. This was an old classic church with high ceilings and beautiful acoustics. The “bima” had above it a HUGE stained-glass mosaic. This mosaic was made of individual framed panes, each a beautiful piece of art unto itself, placed in a circular pattern and connected side by side, around a center light. At that time of day, the sun shone through that center light and lit up the entire mosaic in a way that was magical. Each pane depicted a different scene from Torah and was crafted by different artists. It struck me that only the architect and designer, but not the individual artists, had a sense of the full potential beauty of the entire piece at that time, in that place, as the light shone through that center glass. I couldn’t help but recall my visualization of Bamidbar 2:2.

Too often, we are like the individual artist, limiting ourselves to the viewpoint of the boundaries of our own stained-glass panes, of our own degelim, of our own community, of our own narrative.

Travel has allowed me to see the mosaic of humanity and learn much about myself, and to consider there may be Divine beauty beyond what I can see from my limited view. Perhaps there is some connection after all, between the words “Mosaic” and Moses.
N’siyah Tovah! 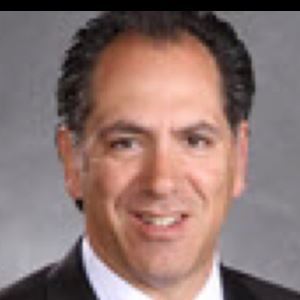 Wexner Heritage Alum Gary I. Grad, MD (Chicago II-99) has been practicing medical oncology in the Chicago suburbs for 24 years. He has continued to evolve concepts of the Torah as a paradigm for the healing journey, which he utilizes as he cares for cancer patients of all faiths.  He has had the opportunity to engage and teach non-Jewish groups in religious discussions and has enjoyed the interactions and insights from such discussions. In his down time he enjoys trekking, cycling and learning.