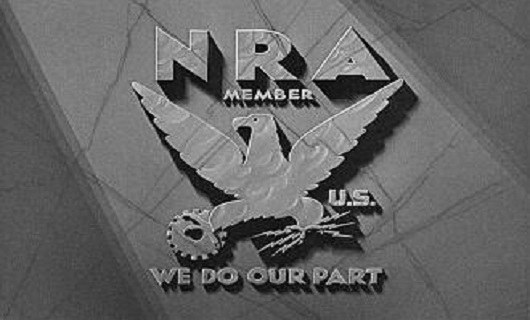 Over the past several years our country has experienced many mass shootings. The knee-jerk rhetoric from some in our community calls for more gun control, vilification of the NRA, and in some cases even repeal of the Second Amendment. I am a committed Zionist and an active member of my synagogue and our Jewish community. I am also a staunch supporter of the Second Amendment and a member of the NRA. When I hear Jewish leaders employ anti-gun rhetoric in the name of the Jewish community and our organizations (either directly stated or implied), I get angry. I believe those who advocate against guns lack understanding of Jewish tradition and the world we live in. Let me frame my argument with two Jewish teachings.

First, I believe that the most misinterpreted of the 10 commandments is the sixth Commandment: “Thou shall not murder.” It does not say thou shall not kill. While all murder involves killing, not all killing is murder. Our Torah and tradition clearly understand the difference.

Second, the Talmud teaches that “all Israel is responsible for one another.” This means that as a community we should look after each other’s good and welfare, but it does not imply communal culpability for an individual’s crimes or moral transgressions. We do have an obligation to create an environment where individuals would be less likely to commit such transgressions. But in the case of mass shootings, we spend an inordinate amount of time trying to figure out where we as a community went wrong that an individual would act in such a horrible fashion.

We do not hold the entire auto industry or the hundreds of millions of licensed drivers responsible for the actions of drunk or distracted drivers. Millions of people worldwide suffer the consequences of computer-assisted identity theft and fraud. Do we hold Apple or IBM or legitimate computer operators responsible for the criminal hackers? When Muslim terrorists commit mass murders, our media and leaders proclaim “Islam is a religion of peace” and we are told not to hold them responsible. Yet when an individual guns down people, the hew and cry essentially brands all gun owners as complicit in the act, and guilty for owning guns and promoting the Second Amendment.

The NRA was established in 1871 after the Civil War. It is really the first civil rights organization. At a time when most states and communities were adopting restrictive laws to keep guns out of the hands of African Americans, the NRA championed their right to arms. The NRA has sponsored and championed gun safety. Let’s not forget that the root of the Second Amendment is the tyranny colonial Americans faced. The Japanese in World War II did not even want to invade the American homeland because our Second Amendment would have made their fight a house-to-house battle they could never win. This has been documented in the Japanese imperial army records that were seized after World War II. Stalin and Pol Pot disarmed their civilian populations, and we all know what happened.

We have more than enough gun laws in this country but we do not hold responsible those who should be administering them. The FBI and the Broward County Sheriff’s office are essentially skating free but they had enough information to act and prevent the shooting at the school in Parkland. In San Bernardino the neighbors didn’t want to be labeled as “Islamophobic” and never reported the terrorist preparations of their neighbors.

It is not the gun that has created the problem. As a society we have a glorified it massively out of proportion to what it really is. Movies, video games, and TV shows are replete with gun violence. Anybody who thinks that this kind of massive media exposure of the gun has no bearing on people‘s behavior is grievously mistaken. That’s why the movie industry has a code of guidance. If you notice, cigarette smoking in most of the mainstream movies and television shows are almost abolished to take that role modeling away from young people. So, if people were serious about ending wanton gun violence, they should advocate for less visible violence in film, TV and video games.

We don’t dispense true justice for murders, especially mass murderers. They linger in the media and the prisons and we use enormous energy trying to figure them out. I can think of nothing more awful than false imprisonment and certainly execution of the wrong person. But the cases of the mass murderers are very clear-cut and as a society we have a right to say to murderers — and especially mass murderers when their guilt is incontrovertible — that we have no place for them among us.

We are justifiably concerned about mental health and most of the murderers are not candidates for institutionalization. Nor would they have been institutionalized decades ago for almost any reason. They are sociopathic people who are insane enough to plan and carry out these attacks.

You may not agree with what I have written but our Talmud teaches the sanctity of debate for the sake of heaven. Even if we disagree we should not allow sinat hinam, baseless hatred, to rule the day. This country needs civilized debate with respect for all opinions that are stated “for the sake of heaven.” Freedom of speech does not mean that those who agree with me can talk and those with whom I have an issue are not allowed to voice their opinion. As I watch the debates in the activities that occur on our campuses and in the media, this is of great concern. I agree with all of us that we would like to never have to witness another mass shooting or even a solitary murder, but let’s not look for a scapegoat to make us feel good that we have “solved the problem.” 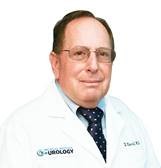 Wexner Heritage Alum David L. Harold (Detroit) grew up in Detroit and graduated from Montieth College, Wayne State University with a Bachelor of hilosophy degree (PhB). After graduating from the University of Michigan Medical school he did a rotating/surgery internship at Harbor General Hospital in Los Angeles (UCLA). Then after 2 years of general surgery residency at St. Joseph Mercy Hospital in Ann Arbor, Michigan he completed the urology residency at the University of Michigan. He returned to U of M on a part time basis as a clinical instructor teaching residents in the operating room. Dr. David Harold is board certified in adult and pediatric urology and is licensed to practice in Michigan, Florida and California. He was the chairman of the Division of Urology at St. Joseph Mercy Oakland Hospital for 12 years until 2009. Since then he has been, and is currently, the chairman of the Department of Surgery.