Leading Openly in Times of Crisis

Leading Openly in Times of Crisis

Some years ago, I was leading a non-profit organization at a time of acute crisis. The organization was on the brink of financial collapse, which would mean the loss of more than 30 jobs and the termination of an important and valued service to 150 families. While I continued working hard to secure the organization’s future, the question of transparency weighed heavily on my partners and me. Looking back, I can now see how danger drove me into conflict with my own inclination toward an open style of leadership. Transparency appeared to be counter-productive and even dangerous.

Crisis is defined as a time of intense difficulty or danger, and the natural and intuitive response to it is fear. The fearlessness we attribute to some leaders may just mean that they are good at hiding their fear. We could go as far as to say that it is only when leaders sense danger and experience fear that they perceive a crisis. And it is at those times that even the best leaders face a dilemma: should they openly admit the seriousness of the crisis or try to disguise and minimize the danger, while bearing the burden of fear alone? Should they be open or secretive? Should they expose their vulnerability or hide it?

The answer would appear to be obvious; in this era of universal access to information, secrecy is no longer a viable strategy for leadership. Our era demands inclusive leadership exercised by asking questions, inviting ideas, empowering others, communicating, collaborating and inspiring. The wisdom and experience of one person at the helm is no longer enough. Leaders must constantly engage their stakeholders and make decisions that are based on collective wisdom. The obvious answer, many would say, is to be transparent, inclusive and collaborative in dealing with a crisis that poses a serious threat to the organization. It’s the spirit of the age – the zeitgeist.

But is transparency always the right strategy? Let us take a leader who recognizes and acts on this imperative of inclusive leadership and shared decision-making in the day-to-day running of the organization. Now crisis strikes and the leader senses danger and fear; is it safe for the leader to openly share the full nature of a crisis that threatens to seriously harm the organization? Can leaders afford to openly admit the seriousness of a crisis? Shouldn’t they worry about how employees react to news of an impending financial crisis that could lead to dismissals? Shouldn’t they fear the reaction of suppliers to a cash flow problem? Isn’t there a risk of backlash from customers if they are made to feel insecure about reliability of service? Can investors or funders be relied upon to remain cool-headed and supportive when facing the possibility of closure and irretrievable loss? Will the leader be blamed for the crisis? Dealing openly and collaboratively with crisis sounds right, but poses its own dangers to the leader and to the organization.

With these troubling thoughts going through the leader’s mind (and stomach), transparency loses its appeal. Leaders may be tempted to play down the crisis, calm fears, project confidence, minimize danger and avoid blame. Investors must be dissuaded from ditching, customers kept blissfully ignorant, suppliers kept confident, board members supportive. Rationalization is easy:

It is only human to think this way. But is it wise? I wish I could offer an easy answer, but all I can do is return to my story and let readers draw their own conclusions.

I decided to call an emergency meeting of all our stakeholders, including board members, professional staff and the community of families we served. Over 200 people attended at short notice. I proceeded to describe in detail the stark reality of the organization’s crisis. I spoke, uninterrupted, for close to an hour, while the audience digested the bad news. I concluded by saying that the organization’s leadership was on the verge of deciding on immediate closure.

While speaking, I was fearful of the angry responses I might hear, and even more so when I ended my presentation and offered the microphone to the audience. Imagine my sense of relief when the first person to grab the mic was a woman who asked for permission to speak and said the following: “This organization belongs to all of us. We love it and we need it, we won’t let it die. We will all do everything possible to save the organization – tell us how we can help.”

That’s not the end of the story, but it is a good place to leave readers to ponder the question of transparency when leading in crisis. 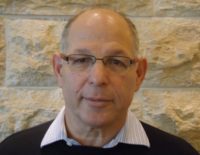 Ra’anan Avital has served as the Director General of The Wexner Foundation’s Israel office since 2014. He joined the Foundation after co-founding an innovative high school in Israel. The school, promoting an ethos of leadership, academic excellence and pluralistic Jewish values and culture, was an experimental model for 21st century Israeli schools. Previously, he worked in Israel’s Prime Minister’s Office, in which he spent the major part of his professional career and where he held a variety of leadership positions at home and abroad, including heading the office’s Senior Executive Development Program. Ra’anan received both his bachelor’s and master’s degrees in Political Science from Haifa University and completed the Wexner Senior Leadership program that he helped launch in 2015.