Leading with Honor and Derech Eretz

Leading with Honor and Derech Eretz 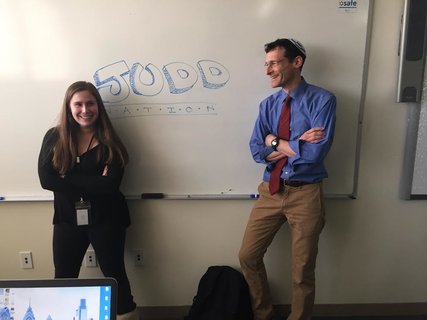 When I began my new job at Jack M. Barrack Hebrew Academy nearly ten years ago, I was surprised to learn that as much as my colleagues were interested to work with me on the curriculum, they also were interested to work with me on raising student awareness about honesty. According to one study that I read that was included in James Davison Hunter’s book from 2000, The Death of Character, between 10-20% of high school age students are willing to cheat on a test or paper. Thus, even if our students are better behaved than the national average, we still might have students who were not entirely honest. Colleagues were sounding the alarm bell and because I had just published a book about moral education, they were looking to me to restore trust in our students and to help to steer our school back on course.

I was invited that first summer to join the school’s unique faculty-student Derech Eretz Committee that focused on personal behavior and moral character. I learned about widespread concerns about cheating and plagiarism, about cyber-bullying and about students pushing one another in the lunch line. Concerns also came to my attention about students not following the dress code and about students mistreating the new building into which they had moved only a year or two earlier.

The Derech Eretz Committee began to mount a two-year campaign to establish an honor code at Barrack. We achieved buy-in from the student government presidents by promising that students would not be asked to turn in other students and by making the case that a strong set of values can discourage students from cheating and encourage students to do the right thing instead.

Having made the case for an honor code, we could not find any other Jewish day schools with an honor code, so we looked to independent schools for precedent and learned that many schools don’t require students to report one another for honor code violations. We also learned about the wide range of values that independent school honor councils uphold from traditional values such as honesty and sportsmanship to values that have come to be affirmed in more recent years such as inclusion and perseverance. We changed our name from the Derech Eretz Committee to the Derech Eretz Council, reflecting our status as a school-wide body, now with elected officers.  As a Council, we selected six values: Honor, Honesty, Humility, Modesty, Community and Fellowship. Doing the work of both education and adjudication, we led educational programming and convened disciplinary hearings at the request of our school’s administrative leadership team. Barrack students now affirm the school’s values by reciting the pledge each year at a festive ceremonial assembly held on the annual National Character Day.

Lest the pledge begin to feel like a routine matter, student members of the Council in 2017 advocated for a methodical re-boot, first giving every student and teacher an opportunity to take the ViaCharacter Survey to discover the values and character strengths held by members of our community. After identifying that the more than 320 respondents to the survey value and embody character strengths of teamwork, a community orientation, kindness and humor, among others, we polled the school, giving teachers and students the opportunity to select four values from a menu of twelve values that could guide us into the future. Clear majorities favored the values and character strengths of Honor, Moral Courage, Kindness and Community.

Those four values already guide us into this present school year, and when I walked into a sixth grade class one day, the students had no difficulty naming most, if not each one of the four new values. Through the syllabus given to every student in every class, banners hanging in the reception area, art projects, assemblies featuring speakers who embody these character strengths, and through the occasional verbal reminders in both good times and, yes, in moments requiring a disciplinary tone, students are being called to act with courage and kindness, to carry themselves and to treat others and their building with honor, and to value the learning community and the nation in which they are privileged to enjoy citizenship.

More importantly, honor, courage, kindness and community have become watchwords for us not only in character education, but also in what has come to be known among educators as “SEL”, social and emotional learning. To be mindful of our students’ emotional lives and to raise awareness about inclusion and possible innuendo, it is incumbent upon us to educate “the whole child.” Derech Eretz has come to be part of an entire cultural shift.

Each week presents a new opportunity for the Council to plan an upcoming assembly and to determine how to highlight our four values. When we are called to adjudicate a high-level disciplinary case, we have to consider how to maintain our own integrity while investigating and listening to a case; our job is not to focus on punishments, but to help to restore the integrity and name of the student who has come before us.

I realize that our four values cannot be guaranteed to solve every breach or challenge to derech eretz. As Advisor to the Derech Eretz Council, I feel privileged to play a role in leading and guiding our school’s moral climate and to partner with our counseling staff and with every teacher so that our students will go off to college and other settings as clear-thinking, emotionally intelligent young people with a firm moral compass. 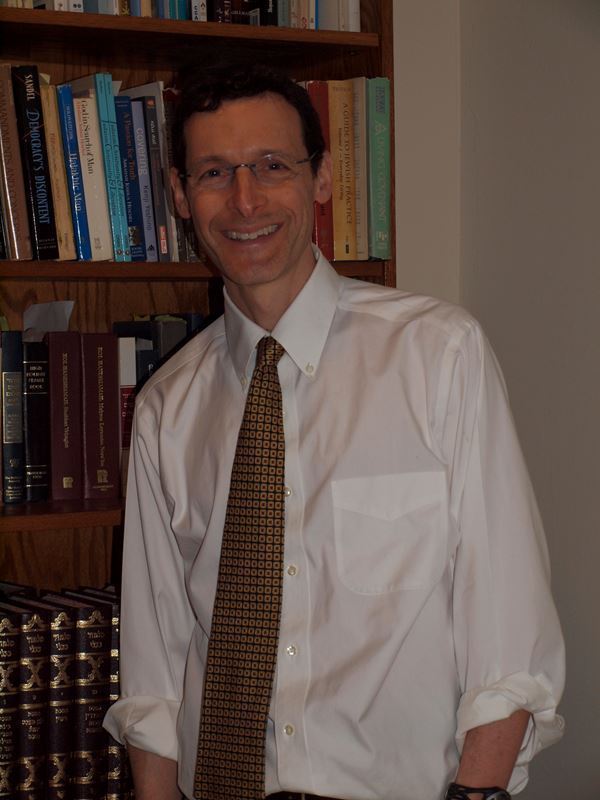 Wexner Graduate Fellow Rabbi Judd Kruger Levingston, PhD, (Class 1) is a graduate of Harvard College and of the Jewish Theological Seminary. He serves as Director of Jewish Studies and as Advisor to the Derech Eretz Honor Council at Jack M. Barrack Hebrew Academy in Bryn Mawr, Pennsylvania. He is the author of Sowing the Seeds of Character:  The Moral Education of Adolescents in Public and Private Schools (Praeger/ABC-CLIO Books) and he is a member of the Board of Trustees of the Council for Spiritual and Ethical Education. As the recipient of the 2018 Sylvia and Moshe Ettenberg Research Grant in Jewish Education from the Network for Research in Jewish Education, he is preparing a book to be entitled The Moral Case for Play.