Losing Count During a Year in Lockdown

Losing Count During a Year in Lockdown

COVID-19, Wexner Heritage Program
A year ago on March 14, I attended Shabbat services at what turned out to be the last in-synagogue gathering before San Diego went into lockdown. The night before, my husband, who runs a small theatre company opened (and closed) a play that had been years in the planning and was scheduled to begin a run on the weekend that theaters shut down. Later, after Shabbat, we enjoyed a last dinner out before the restaurant closure was scheduled to begin at the end of the weekend, followed by karaoke with two friends. It was, after all, going to be a few weeks or a couple months before we could go out again. (Hah!) And that’s where we caught COVID. 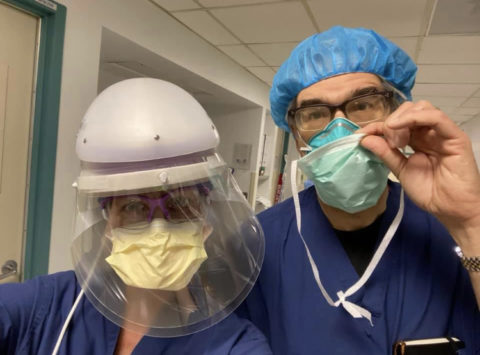 We were the first people we personally knew to fall ill. Both of our cases, though quite unpleasant, were in the greater scheme of things, thankfully mild. A few weeks later we emerged to a world completely changed. The first major casualty was Passover. The Seder that defines the festival of our liberation was celebrated at a table set for two, with even our “pod” only present on Zoom because we were not yet recovered and likely still contagious.

I returned to my job as a trauma and acute care surgeon to a hospital hunkered down, quiet as a ghost town, empty of visitors and closed for all regular elective cases in preparation for an onslaught that had yet to come. Ironically, the trauma case load plummeted as no one was driving or going to bars. The ER was empty of all but a few patients; all others were terrified to come to the hospital. Staff were stressed and emergency contingency plans were discussed, implemented, abandoned and changed. We had less than a week’s supply of isolation gowns, OR caps and non-sterile gloves. Such supplies were on backorder. Everywhere. The hospital was mixing its own disinfection solution out of bleach to stretch commercially available supplies. We all carried around our N-95 masks and used them under more available masks and face shields so they could be reused for many shifts on end. There was constant discussion of which staff had fallen ill, and of the progress of one therapist who had contracted the virus out of town just before lockdown and was desperately ill on a ventilator.

Individual days lost their meaning as suddenly no one had any plans. Requested days off on the call schedule fell to “none” as there were no longer events of any kind to create conflicts. We freed up one of my partners to volunteer for several weeks in the Bronx, at the height of the first phase of New York’s crisis. We were eager to have someone on our team with experience from the front lines of the hardest hit city. How had the hospital system there adapted, how (or if) the new therapies being tried were working, what was the best way to manage a ventilator for this new disease? These were pressing questions. As a trauma and acute care surgeon, I was not in the first line of COVID treatment. Even as a surgical intensivist, I was not treating patients for whom COVID was the primary diagnosis. But we soon had our first patient who was injured and also had COVID. Then our second and third. Then we lost count. Soon we had our first COVID deaths in our injured patients. Others followed. 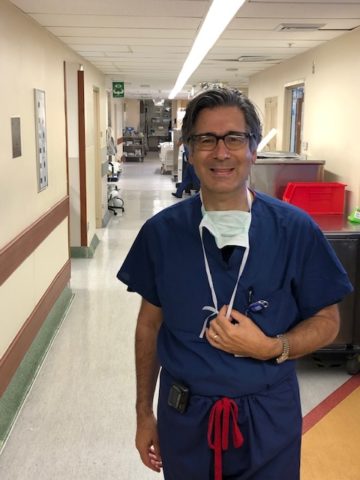 Meanwhile, the Jewish organizations central to my life were reeling. Zoom board meetings for the JCC and the synagogue became exercises in planning for an institution’s survival when every single variable in the equation had an unknown answer. The Federation’s zoom meetings were organized around the emergency COVID fund being created and administered to meet existential community threats. Our medical committee for the synagogue was soon tasked with preparing for a possible opening of the preschool as an essential daycare provider. CDC guidelines and state laws changed every week or two.

My worst day (on a personal level) was Erev Rosh Hashanah. The second major holiday to be held without family or synagogue. Services were to be on Zoom; I would not be in a synagogue for Rosh Hashanah for the first time in many decades. That evening’s festive meal, just the two of us. At least I could have two or three friends for lunch outdoors in our yard the next afternoon, at separate tables (thank you, San Diego climate). I knew how lucky I was compared to so many others. But I was down after a busy overnight shift when I awoke from a daytime nap to such a changed Rosh Hashanah. While I got ready, the news announced that we had lost Ruth Bader Ginzburg z”l. And that was my worst day.

But a lot of people had worse ‘worst days’ during the last year, many much worse. I recognize that I have had a year far better than so many Americans. My ability to earn a living has never been in jeopardy, and although I lost several weeks of work to the illness, I had an intact job under no threat. (For the self-employed, lost work is lost. No sick leave in my world.) I live in a city where I can be outdoors all year long, where social distancing is even possible and where I can get out of my home without riding in an elevator used by scores or hundreds of others. Compare that to the experience of a New Yorker. My illness, and that of my husband’s, had never approached a need for hospitalization, and we had no residual symptoms. As a surgeon, I would be among the first vaccinated. We have been lucky, far luckier than many.

We have passed the first anniversary of the start of this crisis and there is light ahead. Vaccinations are accelerating. Trust me, I know how difficult it is to find a center with available appointments after you become eligible. Please keep trying. Some might think that the solution is worse than the threat, and think that the vaccine is riskier than COVID. (It is most emphatically not). Please exercise patience – something I still need a lot of work on. We will weather this crisis and it will be an achievement for which we deserve to take pride.

This week marks Israel’s Indepence Day or Yom Ha’Atzmaut. I have always been fascinated by the pairing of Israel’s Memorial Day for its fallen soldiers, Yom Ha’Zikaron, with its Independence day, which follows immediately after. In Israel, you do not celebrate the miracle of Statehood without first paying respect to the cost and pain that made it possible. And you do not mourn those losses without remembering to celebrate what that tragically high price achieved. We have quite a valuable lesson to learn from our Israeli sisters and brothers. Let us all remember the sacrifices made by us and so many others as we celebrate the post-COVID world that although it may tarry, is sure to come. 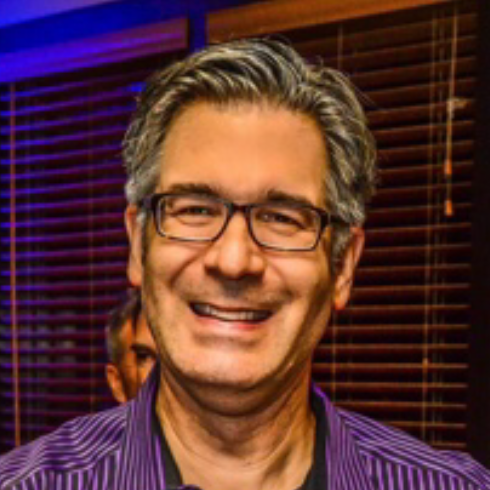 Photo by Branimir Balogović on Unsplash