Madregot: A Heritage Institute Filled with Creativity and Growth

Madregot: A Heritage Institute Filled with Creativity and Growth 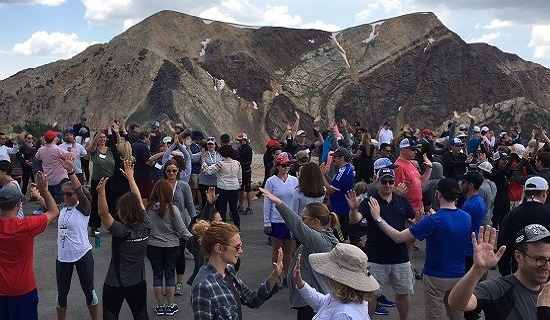 In photo: Joining together on the Hidden Peak, in and out of our comfort zones at 11,000 feet elevation

At the Wexner Heritage Summer Institute the diverse languages, stories and backgrounds of the Jewish narrative were seen in full-force. The Summer Institute, with its theme of “Madregot: Mapping the Jewish Leadership Journey”, culminated this past Friday, July 13th in Snowbird, Utah. There were six cohorts present: those moving up to become alumni — NY 16, NY RSJ (Russian Speaking Jews)16, Philadelphia 16 — and those going into their final year (including me!) Chicago 17, Detroit 17 and Montreal 17.  Throughout the institute there were many opportunities for intense learning, practicing leadership skills, networking, deep conversations and fun among the nearly 180 members, spouses, faculty and staff participating.

A key highlight for all in attendance was the culmination ceremony (Siyum) for the three groups finishing the active part of the program (New York City, New York City – Russian Speaking Jews and Philadelphia — the 2016 cohorts) and moving on to become alumni. The Siyum included reflections and memories from the past two years of the program, class gifts of tens of thousands of dollars committed to Jewish causes and multi-generational videos including one that illustrated the emotional journeys taken by the NY – RSJ 16 cohort in which their families discussed their stories in the American community and the ways many had to overcome profound persecution and Anti-Semitism.

One commonality among the 2016 cohorts was the powerful immersion they experienced in Israel during last summer’s Institute, which marked three decades of The Wexner Foundation’s programming in the country.

This year’s programming was entirely redesigned with a focus on leadership learning in the context of Jewish thought and text. The curriculum was deeply participatory, with an emphasis on themes like creativity, expression, design thinking, experimentation, communication, Jewish ethics and spirituality. The week began with a TedX-type format that allowed a representative from each class to offer a presentation to all participants. Themes of the opening night presentations included radical inclusivity, the Jewish community through the eyes of a convert, civil discourse and engagement across political affiliations, and how the Jewish community can promote activism within society.

Amid the personal explorations and creative discussions were many serious topics, such as “Can Organized Jewish Life Survive in the Age of Millennials?”, “Seeding Change from Within: How the Theory of Disruptive Innovation Can Be Applied to Jewish Organizations”, how to clean communities in flux, how to facilitate difficult decisions and ways to think about Jewish thought during times of great uncertainty.

I found “Unlocking the Power of Relationships to Revitalize and Re-inspire Organizations” with Rabbi Mike Uram to be uniquely relevant towards my work around community building. Rabbi Uram shared the best practices that he’s learned creating grassroots communal engagement on the campus of the University of Pennsylvania. A key success revolved around identifying the individuals within the community who were most passionate to spread Jewish life with their peers and then giving them the tools, resources and confidence to build relationships on campus.

The key takeaways were rooted in common sense but are almost always overlooked in the organized Jewish framework, when communities rush to create large programs that often come across as impersonal, major events that fail to provide a welcoming feel, and strategic planning that often creates more boundaries than clear, empowered communication.

With the groups joining together on the Hidden Peak, with an elevation around 11,000 feet, the temperature lowered, the precipitation increased and the sun came and went. Friendships were formed, communities bonded and new perspectives were quickly gained. In each direction of the mountain, individuals could be found who realized this is a community in flux, not dissimilar to the weather changes up the mountain. I was inspired to see such dedicated and passionate leadership representative of North America, seeking to lead the way forward. Using the skills of the Wexner Heritage Program, we are ready to double-down on solving the welfare needs of our people, the educational issues in our local communities and the complexities that exist being a part of a 3,000 year old faith, whose stories of renewal and creation and creativity, could be vividly seen and heard and witnessed from even the highest mark of Snowbird’s tallest mountain. 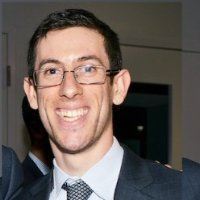 WHP Adam Finkel, Detroit 17, is a partner at Orfin Ventures, focused on incubating and funding deep-tech ventures around the world. Orfin funds deals alongside top-tier funds like Google Ventures, First Round Capital, Andreessen Horowitz, Data Collective and Kleiner Perkins. He is a member of the ROI network for global Jewish innovation, raised $100,000 to bring the Moishe House concept for Jewish young adult living in Detroit, and is a JN contributing writer. He also serves on the boards of Congregation Shaarey Zedek, NEXTGen, NEXTGen Connect, the Detroit chapter of Technion, and serves as Outreach co-chair and Steering Committee member of the Detroit Homecoming (http://bit.ly/1BQlSAz), recruiting the 180 most successful Detroit ex-pats back to Detroit for a yearly conference. He also serves on the advisory council of Joshua Venture Group. Previously, he interned at The White House, served as an AJC Goldman Fellow, an MIBB board member and did research for a Pulitzer-nominated publication.