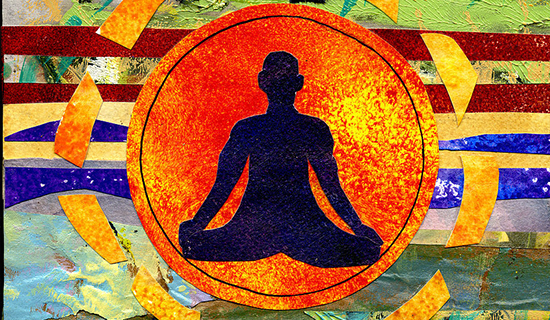 The founding of the Jewish Meditation Project of Columbus four years ago wasn’t as much an act of leadership as it was one of self-interest. I wanted a Jewish meditation group for myself so I designed a flyer, I created a website, and I hoped that people would come. And even if they didn’t, then I would be content to sit mindfully in my solitude. Eventually a group of regulars formed, each bringing their own gifts of curiosity and loving attention to the others.

But the facilitation was all me. I scheduled times that were convenient for me. I wrote the “scripts.” I chose the niggun and chants. I selected the kavanot (intentions). And no one complained.

Three years in, regular participant and leadership teacher, Artie Isaac (WHP Columbus 2000) asked to have coffee. I love coffee and Artie – they both wake me up. He asked if he could have a role in leading the group and suggested that others might enjoy facilitating as well. Sometimes the simple words of a wise friend at the right time can give one new eyes. Yes, I wanted to share this holy burden. I didn’t want it to be dependent on me, on my schedule, on my style. I wanted to empower new leadership.

Artie and I put together a game plan. We folded the project into our synagogue, Temple Israel, and recruited trainees from the many congregants who participated in the group over the years. We designed a “build your own adventure” meditation notebook for leaders and then each aspiring facilitator joined in a 3-hour training. Now we have eight trained facilitators who originally came to our group as seekers of Jewish mindfulness and menuchat hanefesh (equanimity) and who emerged as mindfulness facilitators who are exercising mindful leadership.

Mindfulness is one of my tools for improving my ability to exercise leadership, that is, bringing my best qualities and values to every one of my interactions and interventions. Values such as curiosity and compassion, humility and confidence, urgency and patience, humor and seriousness of our mission. All espoused by The Wexner Foundation.

Author of Authentic Leadership Bill George writes, “The practice of mindful leadership gives you tools to measure and manage your life as you’re living it…When you are mindful, you’re aware of your presence and the ways you impact other people. You’re able to both observe and participate in each moment, while recognizing the implications of your actions for the longer term. And that prevents you from slipping into a life that pulls you away from your values.” (HBR 10/26/12)

In my professional work and in my volunteer efforts through the Jewish Meditation Project of Columbus I hope to use my practice of mindfulness to exercise leadership in a way that exemplifies the values that we teach at The Wexner Foundation.  Mindfulness is just one tool for it. My colleagues at the Foundation and the multitudes of members and fellows also serve as mindfulness bells for me to be a better leader – teaching me that even when exercising the quietest and most solitary modes of leadership it is better to do it with others.

Or Mars is Vice President of The Wexner Foundation and a member of WGF/DS Class 6. In his spare time, he can be found sitting quietly and seemingly doing nothing. Feel free to visit www.jewishmeditationcolumbus.org. He is happy to share any materials with you. Artie Isaac can be reached at artieisaac@gmail.com.