Nuance is a Fading Art

Nuance is a Fading Art 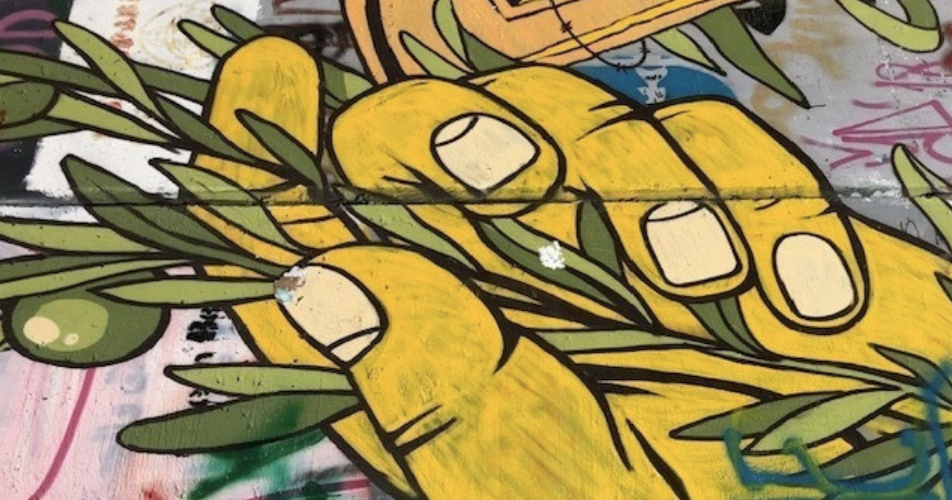 Each of us, Ruthie from her perch in Columbus, OH, and Elisha from Cambridge, MA, experienced a stark realization during this past Spring’s conflict in Israel. Ruthie, the daughter of two Israelis, heard the chants from a nearby Free Palestine march, “from the river to the sea, Palestine will be free,” and struggled when learning that there was a cadre of her Jewish peers among the marchers. Elisha, who lived in Israel for a year and a half post-high school, watched her Jewish community gather for a “Stand with Israel’’ rally and was saddened that few of the featured Jewish communal colleagues referenced the experiences of Palestinians and Israeli Arabs.

The reactions of those in our network – The Wexner Foundation’s Fellows, Members, and Alumni – to our personal experiences above span the gamut. Some would participate in these marches, some in the support rallies, and some would attend both. Others are put off by these gatherings. Some feel somewhere in between these simplified slogans, while still others struggle with not feeling represented at all. And despite the statistics that reveal a growing divide of opinions and apathy in our communities, when it comes to Israel, we still have work to do sharpening our ability to ask questions out of curiosity and suspend judgement – essentially the leadership skills that it takes to practice the art of nuance.

Nuance invites us to hold more than one narrative, or “truth” at a time. Niels Bohr, who received the Nobel Prize in Physics in 1922 said, “the opposite of a fact is falsehood, but the opposite of one profound truth may well be another profound truth.” It is the idea of multiple truths that we believe is represented so well by our work at The Wexner Foundation, which values diversity and discourse. We strive to model and teach a commitment to nuanced discourse across even dramatic difference and urge curiosity over judgment about diverse ideas among our Fellows. But the broader atmosphere of polarization in the U.S. made us, and many others, feel like we had to “pick a side” on what was happening in Israel, rather than engage in robust dialogue. Social media, Jewish organizations, and our peers were pulling us in distinctly different directions.

Frustrated by this, we turned to each other and realized we were both looking for more. We spent time hashing out what we were hearing. On one extreme, we heard progressive Jewish organizations categorize Israel as racist and promoting its own form of apartheid. On the other extreme were Jewish organizations that focused solely on Israel’s right to defend itself against terrorists at all costs. Both ends of this spectrum are well-represented in our communities and, we suspect, are not speaking to one another and likely dismissing the arguments of or cancelling the other. The July 2021 National Survey of Jewish Voters showed that 25 percent of U.S. Jews agree that Israel is an apartheid state and the most recent Pew Research Center’s survey on Jewish Americans in 2020 shows that 33 percent believe the Israeli government is making a sincere effort towards peace. Many of these tensions, including those that are generational, were revealed in the recent New York Times Magazine piece, “The Unraveling of American Zionism.”

Even if some of the stats above aren’t consistent with our personal opinions, we knew that we could hold multiple truths, as could those in our community, so we entered into a chevruta (learning partnership), to name explicitly which profound truths we were each  holding and which we agreed on. While we discovered that we were not that far apart from each other, it was important to continue to engage on this topic in an era of disturbing polarization, one that is characterized by a lack of nuanced dialogue, where saying the “wrong” thing can you get “cancelled,” instead of giving you an opportunity to learn.

The first overarching profound truth we learned we share is:

We believe it is profoundly true that the Jewish community can say: Israel has the right to defend itself against terrorists and Israel has an obligation to change the status quo and improve the rights of Palestinians.

We also believe it is profoundly true that:

We believe the above points serve as a springboard for nuanced conversations between individuals and also within Wexner’s curriculum. We posit that our Fellows, Members, and Alumni should recommit to The Wexner Foundation’s core value of diversity by practicing the art of nuanced conversation, patient listening, and understanding the other’s point of view. It is hard work, we know. While it is unlikely that our network would agree on a succinct list of profound truths about Israel, can we enter a discussion based on curiosity rather than judgement? We answer yes out of a commitment to wanting to be in relationship with each other.

We hope Jewish leaders will approach constituents with the same curiosity with which we approached each other. These questions helped us start a nuanced conversation about the Israeli-Palestinian conflict.

Anticipating or assuming the answers you might hear in response to these questions could prevent you from accepting an invitation to dialogue. This is why we often stay in the comfort of our own ideological camps, engaging with whom we agree around the Shabbat table or on social media. We urge you to step outside of that echo chamber lest we alienate too many in our community by not actively making space for diverse voices in the process. We will not like everything we hear in a difficult conversation and there is sure to be discomfort, but what might be possible if we commit to a stance of curiosity, and yes, to nuance? What would our communities look like if it is okay for a broad spectrum of views to be expressed in our organizations?

Would we be stronger or weaker? For us, that answer is clear. We believe our Jewish community does have the ability to hold multiple profound truths at once and we will be stronger, wiser, and more inclusive when we do.

The two of us are calmer compared to how we felt in May, and that is exactly why we are writing now. We encourage you to make time for these conversations when, as adaptive leadership teaches, the heat is turned down. We are certain that the chants we heard in May will be repeated in our streets, the same voices will speak at our rallies. How then might we move closer, become a community steeped in nuance?

Robert Garmston and Bruce Wellman define dialogue as talking that engages people in enhancing how they understand an issue, not how they can be “right.” Dialogue involves inquiry into ideas, not advocacy for ideas. And as Professor Sheila Heen says, “try to transform each [difficult] conversation into a learning conversation.”

Here are some steps we recommend for engaging in a learning conversation:

We would love to hear your profound truths about this issue and invite you to submit them anonymously here, or if you prefer, to share reactions to the truths we shared above. Our plan is to share these with our network in the future and hope that this open approach to curiosity, inquiry of ideas, and greater understanding of the multiple truths we hold will result in more nuanced conversations in the future. 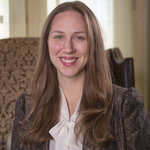 Elisha Gechter is with the Harvard Kennedy School and serves as the Senior Program Manager, Fellowships Curriculum and Wexner Israel Programs.

WGF/DS Alum Ruthie Warshenbrot (Class 23) is the Director of the Wexner Field Fellowship.