Pluralism: Are we the Zealots of the Second Temple Period or the Sages of Yavneh?

Pluralism: Are we the Zealots of the Second Temple Period or the Sages of Yavneh?

Back when the Temple was destroyed in 70 BCE, tribalism and sectarian infighting defined our people. Our response to that loss – so monumental that it permanently altered the physical and psychological landscape of Judaism – was the emergence of pluralism as a value.

It could not have been easy. Judaism in the late-Second Temple period was splintering. Jewish community comprised battling sects like Pharisees, Sadducees, and Essenes, who often excommunicated one another. Remember too, this was the era of Masada, and the story of a sect whose leaders commanded men to murder women and children before committing suicide.

The destruction of the Temple could have, and perhaps by all odds should have, destroyed the Jewish people. It was a catastrophic loss of sovereignty and Temple, around which all Jewish life revolved. Instead, the rabbis of Yavneh rebuilt Jewish life around multiple perspectives, tolerating disagreement, respecting minority opinions, trying on multiple interpretations. Instead of closing off and fracturing further, the rabbis of Yavneh opened up to adaptation.

This is the defining moment of Jewish history. As Shaye Cohen writes, “The dominant ethic here [Yavneh] is not exclusivity but elasticity. The goal was not the triumph over other sects but the elimination of the need for sectarianism itself.” (“The Significance of Yavneh: Pharisees, Rabbis, and the End of Jewish Sectarianism.”) Different schools of thought still existed but they did not need to destroy the other.

These themes come to mind in light of our Jewish community today. Again, we are awash in tribalism, divided and fragmented within, replete with sects that demand rigid adherence to viewpoints that disallow meaningful difference. Headlines, Jewish and secular, document increasing sectarianism:

Are we the sectarian zealots of the Second Temple period?

On one hand, Jewish life today is more diverse than ever – we have the freedom to choose how we engage with and renew our tradition through Reform, Conservative, Orthodox, Haredi and Renewal movements. We have women in professional and lay leadership in our communal and religious institutions nearly (if not equally) across the denominational range.

Our communities acknowledge – and mostly welcome – the presence of Jews by choice, Jews of color and LGBTQ Jews. We have growing organizations focusing on social justice as Jewish practice creating connections to Israel as the center point of Jewish identity. There are organizations for Jews who want to engage with Israel, but not with religion – and vice versa. Walk into any non-Orthodox American synagogue – 90 percent of American synagogues – and we see children of Jewish and non-Jewish partners practicing Judaism. We have Jews who want domestic legislation to prioritize lower tax rates and others who prioritize a progressive agenda and public services. We have Jews who want to maintain the status quo in Israel, others who rally loudly for a just peace and others advocating for greater expansion into and/or full annexation of the Palestinian Territories. Growth and innovation are all around us. As I am writing, The New York Times has published an article about a Haredi woman making political history in Israel right now, in defiance of her community.

It would seem we live in a fertile time for a multiplicity of voices, practices and ways to make meaning out of Jewishness.

And yet. Despite the diversity around us, or maybe in response to it, some of our Jewish communal authorities actively shrink the spaces for pluralism, multiple interpretations and dissent in public life. Too many Jewish institutions greet disagreement on Israel by marginalizing or excluding the dissenting organizations or individuals. Far-right leadership demeans and combats those who disagree with them, ostracizing and undermining engaged, committed Jews, which pushes away younger generations. Israel’s government response is more pronounced. Dissenters are denounced if not jailed for political views. The government demands intellectual convergence and increasingly criminalizes political dissent while codifying inequality and discrimination into Constitutional-level law.

There are useful lessons in our history. We’ve learned from our teacher Rabbi Richard Hidary that there was never a time when all Jews practiced one uniform set of laws. The Sages embraced plurality by recording majority opinions and then including minority as well. They valued diversity and creativity, and they understood they were providing precedence for adaptive change in future rulings. This pluralistic approach is anti-ideology with a capital I. It recognizes that different generations and different conditions may make different choices. It privileges the practice of discussion and collaborative decision-making over sectarian righteousness.

We are facing a choice today between authority and community, single ideology and pluralism. This is the choice between Masada and Yavneh. Cohen describes the Yavneh school this way: “What characterizes Yavneh (and rabbinic Judaism generally) is not uniformity, but diversity. The Yavnean rabbis were rich and poor, priestly and lay, rural and urban. Some were mystics, some not. Some felt it necessary to attach their teachings to scripture, others did not… And everywhere are halakhic disputes on matters large and small, but without the acrimony which characterized the disputes between the sects…. This is not the work of a sect triumphant but of a grand coalition.”

How we can emulate the values we inherited from the Sages of Israel? On our final evening with our teacher Dr. Susie Tenschel, we talked about what we would take away from our Torah and Biblical history learning. We were mourning the murders in Pittsburgh while balancing personal losses, joys, and the pressures of work and family and life. I thought about Torah and the balance of good and bad. I thought about the challenge of holding joy and trauma together, the challenge to move forward when everything feels like it’s moving backward, to be still when it feels that everything is moving quickly.

Studying Torah makes clear the value of multiple perspectives. Studying with Susie made clear the value of pluralism, as her school, the Jewish Community Day School of Boston defines it: “The inclination and ability to seek out multiple perspectives, make sense of difference, refine and challenge ideas, and grow stronger in both your own identity and in empathy for others has a name: pluralism.”

Pluralism is our inheritance from the Sages of Yavneh. A commitment to pluralism in each our Jewish communities today will ensure our own legacy to generations to come: a living, breathing tradition, one that survives the greatest of challenges, and has the power to remain relevant. 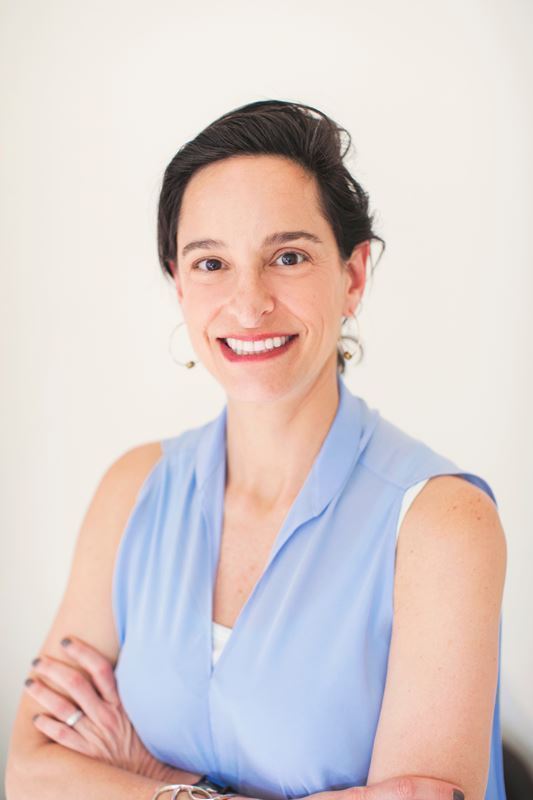 Wexner Heritage Member Samara Minkin (Atlanta 18) is the Manager of Public Art in the Office of the Mayor, City of Atlanta. She has held positions at the Smithsonian’s Hirshhorn Museum and Sculpture Garden in Washington, D.C., the Israel Museum in Jerusalem, the Tel Aviv Museum and the Paley Center in New York City. She serves on boards for WonderRoot and Arms with Ethics, and on task forces for the Atlanta Regional Commission, Park Pride and Congregation Shearith Israel. Samara and her husband, Trent Gegax, live in charming Inman Park, Atlanta. Their twin daughters attend The Paideia School.