Preserving the Future through Open Spaces

Preserving the Future through Open Spaces

Israel is a small and dense country with an area of about 21,937 square kilometers and a population of about nine million. To date, the country is one of the most densely populated countries in the Organization for Economic Co-operation and Development, and this density is expected to grow as Israel has the highest natural reproduction rate among the developed countries (1.75 percent per year.) This means, among other things, that the country will have doubled its population by 2050.

Such a densely growing population requires the significant addition of housing units (the government aims at the approval of 2.6 million units by 2040), job development, creation of relevant infrastructures (mainly mass transit, energy, and sewage systems), and of course the preservation and development of high-quality and accessible open spaces that can accommodate such a population.

Rapid population growth, as well as changes in population characteristics, present many challenges in a multitude of areas: economy (such as labor force participation rate and economic dependence ratio), society (such as the integration of the various population groups into one society where everyone has a place), and environment.

Within the environmental sphere, one of the obvious challenges is the need to maintain a sufficient, high-quality, and accessible inventory of functioning open-spaces for all parts of society – including low-income individuals, people with little or no access to private vehicles, and people with disabilities – while at the same time preserving the ecosystem and preventing its degradation.

This need has become much more urgent in light of two significant changes occurring on a global level: the COVID-19 pandemic and the climate change crisis.

These two events underscore the need to plan, develop, manage, and create an array of open spaces accessible to all, at all levels, in all parts of the country.

Covid-19 is a crisis that is expected to be limited in time, but it shines a spotlight on the importance of high-quality housing and housing environments that afford access to open areas to help maintain social cohesion in times of crises and when outdoor mobility for residents is limited.

Climate change, a global phenomenon expected to affect all areas of life in the long term, underscores the importance of maintaining open spaces both as measures for adaptation to and mitigation of the consequences for residents, (i.e., preparation for the expected changes, as well as the reduction of greenhouse gases in order to mitigate environmental damages,) and as a continuum of high-quality open spaces that may improve the survivability of the endangered eco-systems during extreme climate events.

Open spaces have many benefits for ecosystems and people alike, such as:

From a direct economic point of view, proximity to an open space raises real estate values and may generate local economic activity based on nature and agriculture. These areas may also serve as a physical buffer between localities that help to maintain a local identity and are a potential reserve for development by future generations.

Nonetheless, when such spaces are not well managed and their development lacks adequate awareness of the social benefits they entail, and when the population is not engaged in achieving these benefits, such open areas might become inaccessible and perceived as a backyard of sorts, becoming disjointed urban spaces that attract negative activity, rather than a space that serves as a meeting and recreation spot for various population groups. Furthermore, these spaces are then perceived as available potential land for development – more so at a time of a housing crisis and a growing need for the development of supporting infrastructures – placing them under an increased threat of appropriation for purposes of urban development.

In our experience, this is the general state of affairs with many of the open spaces in Israel – particularly those located within cities or on city outskirts, and in effect are either backyards or a no-man’s-land. These areas are particularly under threat of urban development, yet their close proximity to cities gives them the highest social significance and the greatest potential in that they are accessible and can meet the needs of the public, especially those who do not have the means, the ability, or the desire to access high-quality open spaces in more remote areas, or in the case of a large portion of Israel’s society, do not travel on weekends and holidays.

Naturally, Israel has been preoccupied with other problems until recent years, and climate change issues have been pushed aside for the sake of pressing issues pertaining to security, society, and the economy. Climate change was perceived as merely an environmental problem to be dealt with by environmental organizations and the Ministry of Environmental Protection. In the past two years, however, the necessary perceptional shift has finally occurred, buoying the issue to the top of the national priority list, with involvement on part of key government players such as the Prime Minister’s Office, the Planning Administration, the Ministry of Energy, Transportation, the Economy, and more (even The Wexner Foundation’s annual summer conference in Israel addressed this issue and its various and complex implications).

The understanding that this issue has far-reaching implications for all areas of life in the country, and for its social, economic, and security resilience, and of course its environment, has begun to sink in. Currently, numerous measures are being put together with the aim of implementing solutions, such as flood control, increased forestation, and the approval of a standard for mandatory green construction. Furthermore, large-scale investments are being made in mass transit to reduce the use of polluting private vehicles (another win-win opportunity), and more. These actions are joined by various local measures designed to respond to the daily needs of the public, as well as to pitch in to the national effort to be better prepared for climate change outcomes and to assist in reducing emissions.

Case in point is the Gazelle Valley in Jerusalem. Following the 1948 siege of Jerusalem, the Valley was leased to the Ma’aleh Ha’Chamisha and Kiryat Anavim Kibbutzim, which used the land to plant cherry and apple orchards. The lease was officially up to 1982, however the kibbutzim continued to use the land until the early 90s. During these years, the Gazelle Valley was an integral part of the Nahal Refa’im park and was an ecological corridor that created a continuum of open spaces in west Jerusalem. In the 80s and 90s, Jerusalem’s urban development had started to expand towards the Malha neighborhood in the eastern part of the city, including the construction of the Begin Road, which essentially severed the ecological continuum between the Gazelle Valley and the Nahal Refaim park. This construction left dozens of gazelles stranded in the Valley, unable to move to the open areas outside the city. By the late 90s, housing development plans for the park area began to take shape, including some 1,400 housing units, offices, high-tech complexes, public institutions, and a college. In 2000, infrastructure work began – even though the necessary permits were not yet obtained – and the local residents launched a social protest. With the support of environmental and social organizations, the residents organized to create the Gazelle Valley Action Committee and filed a petition against the plan. The activity included demonstrations, petitions, legal action, and conferences. In 2002, the District Planning and Building Subcommittee rejected the construction plans in the valley. 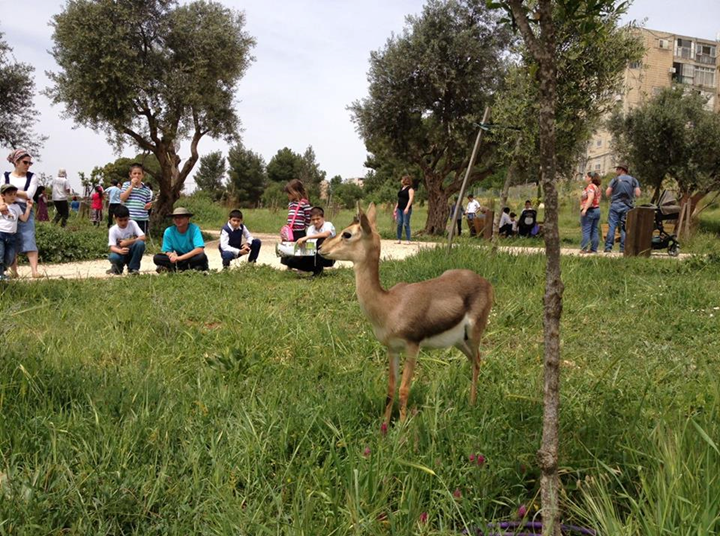 Various real estate bodies continued their attempts to promote construction plans in the Valley, but were met with opposition by the Action Committee, which in the winter of 2003 laid out a unique master plan developed in collaboration with the residents of the area. In 2008, the committee adopted the plan and a detailed implementation process began. For the first time ever in Israel, both the master plan and the detailed planning were created by the community in accordance with the needs of the public and its immediate desires. From 2010 to 2012, a legal battle over the Valley’s future continued, while the gazelle herd deteriorated as a result of many of the pack members being hit by oncoming traffic from the highway now cutting through their habitat and the wanton and illegal release of hound dogs for poaching.

Following the approval of the new plan, the Gazelle Valley Park was officially inaugurated in 2015, as the product of one of the most exciting and cited planning enterprises the country has ever known. The vision of the park as written as early as 2001 is a “community urban nature park,” which the public can visit free of charge and is accessible to everyone. Even today, the park’s operating and management model includes voluntary social activities and the integration of special-needs populations.

The Valley is now a stellar example and an inspiring story of a response to this type of issue and public engagement, such that leads to better social, economic, and environmental benefits, providing solutions for the climate crisis in tandem with a direct improvement in the lives of its local residents.

The Gazelle Valley Park is just one of many other operations in the field that are needed to be undertaken “bottom up” alongside “top to bottom” government operations and additional significant processes in the field. This kind of synergy can be instrumental in the management of the climate crisis while addressing other issues, namely the social issues that are in dire need of care. 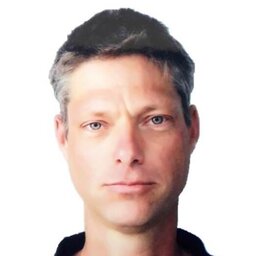 Photos provided by the authors.

WIF Alum Shahar Solar (Class 25), is the Deputy for Strategic Planning at The Planning Administration 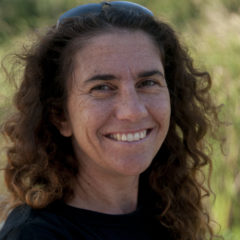