I lost my beloved father on June 23, 2020, at the age of 93 from Stage 4 Esophageal Cancer, a devastating diagnosis. He insisted on knowing the facts and understanding the progression of the illness. It was tough, but he wanted to make informed decisions.

My dad decided not to have any treatment. As sick as he was, quality of life was very important to him. He was a man of vibrant health into his 90’s.

From the moment he was told that he needed to be on a liquid diet, he would say, “I used to like eating. But now I really like drinking.” His natural instinct was to be positive and he made moving on an art form. He knew himself so well that it made his choices elegant, simple, and clear. He chose to live every day to the fullest, spending quality time with special people. Even as he lost weight, becoming skin and bone, he was never diminished, determined not to be sick. Instead, his spirit grew stronger, his essence unchanged, his inner light brighter.

He showed me every day what adaptive leadership really meant with dignity, grace, and class. He faced his diagnosis with tremendous resilience, flexibility, strength, courage, and focus. Most importantly to him, we artfully navigated the medical system to allow him to make his own choices, adapting to each of the difficult changes in his health with self-effacing humor and a strong interest in everyone around him.

It sounds so easy, and he made it look that way. He never felt sorry for himself despite losing parts of his life that he loved almost daily; food, probably about 50 pounds, his independence. In addition, the cruelty of the COVID Pandemic forced my dad, a very social person, to end his life in almost isolation. We found a way for him to see people – a plaza to sit in and a coffee shop that was not closed became our office. His friends and family on Team Roy came by to see him.

Every day of his last few months was an unexpected gift. He would tuck his arm through mine and hold my hand as we walked. We had many cherished, soft, loving conversations; nothing left unsaid, the ordinary moments often the most profound.

My dad, always a pragmatist, attended to the pieces of his life with meticulous attention. One day he asked me to take him to the bank. Carrying his old, worn, beautiful leather briefcase, we went into the vault. He emptied everything from the bank box into his briefcase. “This is for you,” he said. Of course, words failed me, my eyes full of tears. As we left, he handed his bank box keys to the teller. “Are you closing your account?” the teller asked. “Yes,” my dad said. “There are no banks where I am going.” He tucked his arm through mine and held my hand as we left the bank together. I felt like my heart was breaking.

I think he was so conscious, so open, and in a place of love and transition between this world and the next that there were times he was able to fully be in both places at once and to share his experiences and messages between worlds. Although many of the conversations he had sounded mundane and simple, the recipients of these messages were moved, sometimes to tears, almost as if he was communicating with their loved ones who had passed away. It made him very peaceful and he was not afraid.

His last Shabbat was unforgettable. My dad wanted to recite the Shabbat songs and prayers. Within seconds our kids and grandkids understood. Noah put out both hands saying, “here are the Challahs.” Emma put up two fingers and said, “here are the candles.” And then she covered Noah’s hands as she said, “here is the Challah cover.” And together we all sang the prayers, our eyes moist with the beauty and the emotion of the moment. My dad was glowing; I think we all were. He said it was the most perfect ever, most magical, best Shabbat of his life.

I watched him change daily. As he became physically weaker, he also became luminous, glowing, and the fullest, truest, most beautiful version of himself. It was a sacred privilege to accompany him on this journey. With clarity, consistency, and honesty, we shared miraculous moments and found beauty in unexpected places. We made the most of every day and facilitated a graceful, dignified, and conscious transition for him from this world into the next.

The last months with my dad were a tribute to the father I loved as much as a daughter can love a father. My grief shattered me to the core, but also, unexpectedly lifted me. I think the meaning of loss comes from what we create after. Indeed, with the passing of my father Roy Sable, I know for sure that kindness changes the world; truth is the basis for living an honest, ethical life and love means everything! Our family has endowed a Roy Sable FIDF Legacy IMPACT! Scholarship in perpetuity. Our son and his wife recently had a baby boy named for my dad and I have written a series of children’s books dealing with loss…. all in honor of his memory.

There are few people in this world who leave an indelible mark and enrich the lives of those connected with them, and I believe my Dad is among them. I can see his smile and hear his voice as if he was here; in some ways it seems as if his presence is expanding. I will forever be moved and touched by the love I have for him, his desire to see the best in everyone and every situation, the optimism with which he lived his life, and the grace with which he passed away.

He will be lovingly remembered and forever missed.

May his memory be a blessing always. 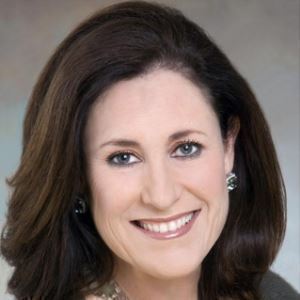