A long time ago in a galaxy far, far away…Life in the realm is good.  Turmoil has not yet engulfed the empire.  But soon, it will be a dark time.  Evil will be everywhere.  A rebellion will be needed to destroy the Death Star.  Pursued by the empire’s sinister agent, a princess has a plan that can save her people and restore freedom.  Resistance depends on the Jedi and the force within.  Does that sound familiar?  It is a montage of the opening crawl from Star Wars movies.  Star Wars is a Jewish story.  Let’s see how it is also connected to the Purim story.

George Lucas must have known this when he created the Jedi: Jediism and Judaism look remarkably similar.  Is there a more Jewish character than the small, wizened, wise, and powerful 900-year-old Yoda, the little old Jewish man?  His manner of speaking reminds us of Yiddish speakers learning English: Yodish and Yiddish — strong similarities, there are.  In Hebrew, the letters of Yoda mean “knows.”  And how can you miss seeing that Yoda comes from Yehudah!  Or maybe Jedi comes from Judah?

The first Star Wars movie was later re-titled Episode IV, A New Hope.  Esther and Mordechai were the new hope of the Persian Jews.  (Perhaps Mordechai was a Jedi knight?)

In Star Wars, we meet Princess Leia, obviously named for one of our Jewish Matriarchs, and with royalty in her blood.  Her Purim counterpart, Esther, had royalty thrust upon her — sexist pun intended.  Why was her name changed from Hadassah?  She was a ward of Mordechai.  So that made her an Esther ward.  Say it aloud: es-star ward.  Get it?  Star Wars!

Just as the relationship between Luke Skywalker and Princess Leia was not revealed until later in the story, the kinship between Mordechai and Esther is unclear.  And when Esther is brought to the king’s harem in Shushan, Mordechai keeps a watchful eye on her — just as Luke did for Leia.

Esther’s Jewishness is kept secret.  This parallels the many secret and not-so-secret Jews in Star Wars.  Harrison Ford has Jewish grandparents.  Carrie Fisher had a Jewish father.  Director J.J. Abrams and screenwriter Lawrence Kasdan are Jewish, too.  So is Natalie Portman, who played Queen Amidala, Leia and Luke’s mother.

Consider the bad guy in the Purim story; he works alone.  He works solo.  He’s Haman Solo.  Is that where George Lucas got the name Han Solo?

What do C-3PO and R2-D2 have to do with Purim?  Take C3PO and flip the 3 around so it looks like an E to get CEPO.  Read it backwards – that’s OPEC, the Organization of Petroleum-Exporting Countries, most of which are in the Middle East, and that’s where Shushan, Persia is!  Now consider R2-D2.  R is the 18th letter of the alphabet and D is the 4th.  Add them to get 22; that’s the 2 and 2.  There are 22 letters in the Hebrew alphabet.  Add the 22 to the two 2’s to get 26.  That’s the gematria of the four-letter name for God.  God is in the Purim story, but hidden.

And what about Chewbacca, the Wookiee?  The holiday is called Purim because of the word “pur,” throwing the lots or dice, which is how Haman chose the date of the decree of death.  So, the name of the holiday is based on chance, or a gamble.  Gambling means taking bets.  Who takes gambling bets?  A bookie.  What rhymes with bookie?  Wookiee!  Aha!

Esther and Mordechai used “the force” to save the Jews and to restore freedom to the “galaxy.”  What is the force?  Star Wars explains that the force is what binds all things together.  It is in the spaces between us, and the spaces within us.  But look at the word: five letters, the second and third are O and R.  Just like TORAH.  Or maybe the Force is God, so that the force of God and Torah can always be within each of us.  To paraphrase Yoda, “Use the force, Jews.”  May the force be with you! 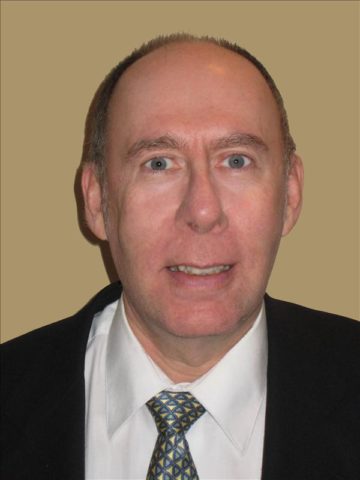 Jonathan Berkowitz, a WHF member (Vancouver 2000) is a consulting statistician in private practice and a professor at the Sauder School of Business at the University of British Columbia.  He has a long history of volunteerism, serving as president of Jewish Federation of Greater Vancouver, chair of the annual Federation Campaign, president of Congregation Beth Israel, vice president of Vancouver Talmud Torah day school, and a host of other roles.  Currently he serves on the national board of Jewish Federations Canada-United Israel Appeal, and helps out with any organization that asks.