Do you consider yourself a passive observer or an active participant in your life’s destiny? That seems like a rhetorical question. Who would choose the passive role if they have a will, right? And yet almost every time I ask a question of someone about why things did not turn out the way they were supposed to, (for example, when an assignment or a job wasn’t done or the room wasn’t put in order,) the answer is that someone else is at fault. Someone else did not do their job and that’s why they could not be at fault for not doing theirs.

My conclusion is that we often exalt ideas, but rarely heed their advice. Just as we may pray for forgiveness from G-d but simply mumble the words automatically without feeling them. For example, many repeat JFK’s famous words from his inaugural speech: “Ask not what your country can do for you, ask what you can do for your country.” Yet look at us. How do we teach our school kids to deal with climate change? The kids walked out of school on September 20th for over three hours in protest to show the government they all care about climate change and that the government is at fault and thus should enact laws to help reduce climate change.

The responsibility is passed, conveniently, onto someone else. How about having the kids spend an hour cleaning their community? Throwing out the trash they leave on the beaches that pollute the oceans which leads to reduced plankton. Plankton is responsible for helping reduce greenhouse gases. How about having the kids stop smoking, or vaping, or whatever other smoking they do? Next, how about the kids ask the same of their parents? How about taking responsibility for turning off lights in rooms that are not used so less electricity is consumed in vain? How about turning off the engines of their cars as they sit idle waiting on the street, or perhaps get a hybrid or an electric car instead?

As we approach Yom Kippur, we do not leave our destiny to chance- our lives depend on it and we beg for forgiveness from G-d and our fellow community. We look introspectively where we have erred and what we could do better. We are taught that if something bad happens to us, it is our fault, not the fault of the government or G-d that our Beit Hamikdash was destroyed. It is our fault and we each are responsible not only for ourselves, but for our brethren too.

I remember when I was in Israel being part of the Gadna (it’s like a preparatory training in high school for the army). We went on a trip to the Negev, a big expanse of deserts, valleys and hills. We had officers in charge of our safe passage. Without going into detail, I got lost. It was night and with animals roaming and Bedouins and the difficult and uneven terrain, I was running for hours and hoping my grandparents would not be contacted about me being lost, for fear they might have a heart attack. They were getting old and since my parents were living in the states, the responsibility for my livelihood rested on my grandparents.

Eventually, I was saved by G-d, but that’s another long story. The reason I am sharing it with you is that I was summoned, a month later, to a debriefing session headed by the commanding officers. A long, white table separated me from the five officers sitting behind it and scrutinizing me with stern faces. I stood in attention as they grilled me with questions. I did not want to get in trouble and did not want my grandparents to be faulted. I should explain a bit. You see, my school was one of the five top private schools in the country whose presidents were always selected from the top army brass, usually a retired major-general (Aluf or Rav-aluf) from the army. There were career officers who were boarding in the school and graduated (somewhat similar to West Point) with officer titles acquired following high school graduation. The possibility of expulsion from the school, or failing the class, or severe reprimand with a blemish on my report card all loomed heavy on my horizon. After reporting the events and being asked many questions about the day, they asked me: “Whose fault do you think it is that you were lost?” I looked them straight in the eyes and answered, “Mine.”

They fell silent. They looked at me in disbelief, then looked at one another and repeated the question. The highest-ranking officer addressed me again, “Do you know the consequences of being found guilty?”

I was scared. I wished I had my parents by my side to advise me. My grandfather’s Hebrew wasn’t very good, he loved this country and would gladly give his life for Israel, but his Hebrew – he couldn’t help me, and it wasn’t his battle – it was mine. I looked back at the officer and replied, “I can imagine what the consequences might be, but I don’t know, sir.” I wondered if I should change my answer. Is he trying to help me avoid trouble? I mean, I am just a kid.

“The answer still does not change, I replied, it was my fault.”

The room was silent and he just looked at me and said, “Dismissed.”

I left with a heavy heart but with a clean conscience. Did I do right, did I let my parents down? What will happen next?

I did not hear from them for a while. I began to wonder if I’d ever hear from them. The officer who was responsible for our security sought me out in the school. He looked me in the eyes and simply said, “thank you.” I did not understand what he meant. Thank you?! I thought I gave him problems and he thanked me? Okay, so I did not tell you my history with him. He once insulted me (long story, he thought I did something that was done by another kid, but I only said I did not do it and did not say who did and he never apologized to me) and I guess he may have expected I would use this opportunity to get back at him and was grateful I did not.

The end of the year was soon approaching and we all received our grades. I dreaded to see my failing grade in the Gadna. Instead, I was shocked to see a grade of 10! Me a 10?! I do not deserve it… But I guess the commanders felt differently. What I realized as I got much older, and kept mulling over those events, is that I exhibited the trait that would allow me to grow and improve- I exhibited extreme ownership.

As we pray to G-d and ask him to improve our lives, the lives of our family, loved ones, our country and Israel, we must examine our wishes introspectively and ask, what can we do to get our wishes accomplished, what can we give to improve our community, how can we avoid falling into the convenient trap of deflecting responsibility and acknowledge our shortcomings? Just do it! 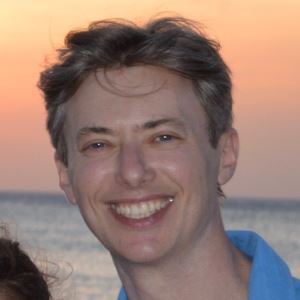 Wexner Heritage Alum Eyal Levit (New York RJS 16) is the director of a Cosmetic Surgery Fellowship for the ASDS (America Society of Dermatological Surgery). He is also an author of adult and children’s stories, including a collection of true stories imbued with Jewish history and wisdom from his medical practice. He has also authored “The King’s Race,” an illustrated children’s book about friendship, perseverance and how a small and easily overlooked horse changes an entire kingdom. Eyal is co-editor of a new medical textbook by Elsevier (due for completion this year) on face and eyelid lifting techniques and the inventor of a new minimally invasive lower eyelid lift.