The Climate Crisis: We Have Had Enough

The Climate Crisis: We Have Had Enough 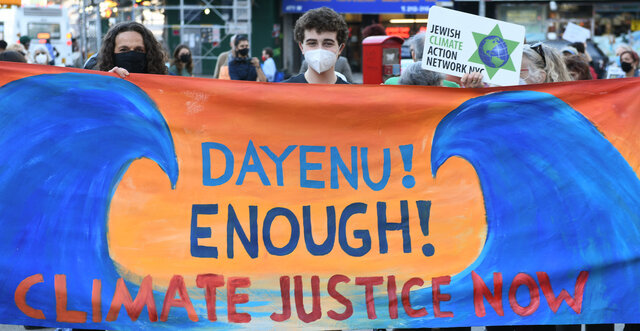 If someone had told me 10 years ago that during a pandemic I would create and lead a new organization working to address the climate crisis, I would not have believed them. Launch a start-up organization in my early 50s?! That’s nuts. Pandemic?! What are you talking about? But perhaps most surprising would have been that the organization is about climate.

For 25 years I have worked as a rabbi mobilizing the American Jewish community to address issues of social and economic justice. For me that meant people-oriented issues like poverty and refugees. Like many, I thought of “the environment” as out there and felt less viscerally connected to it.

Then things started to change. I think there were a few factors that contributed to my awakening. I remember reading an Intergovernmental Panel on Climate Change report and realizing that this was coming even faster and more furiously than expected and that terrified me. Without major change, we were headed for climate collapse in my lifetime and the future for my children, let alone my grandchildren, was in peril. Would there be enough food to eat? Water to drink? Clean air to breathe? Where the hell had I been?! People have been talking about this for years. How did I not get it?

At the time I was working at HIAS, hearing the stories and witnessing the pain of refugees. Imagining that there could be more than a billion climate refugees – the number experts are predicting if we don’t make massive change – was unfathomable.

The final piece of my awakening happened one summer visiting my father in San Francisco. There was a heat wave, a minor event in the scheme of climate events, but it was unbearable and the city, unaccustomed to heat, completely shut down. It felt apocalyptic.

This is my story of awakening to the climate crisis, a narrative pieced together in retrospect. But more and more people are having their own painful realizations, some catalyzed by devastating first-hand experience of climate destruction.

I also came to understand that the climate crisis is an issue of social, economic, and racial justice – it’s about who is bearing the brunt of climate change already and who will be most severely impacted. The climate crisis is a force multiplier, exacerbating historical inequities even as it affects everyone.

As I was integrating the reality of living in this moment of climate emergency, I was having conversations with friends and colleagues about how the American Jewish community was not fully mobilizing our people and power to confront this crisis at the scale that is needed. This is the existential crisis of our time and the Jewish community, for a variety of reasons, has not been fully showing up.

I knew that launching a start-up is risky and requires thick skin (which I don’t have), and I asked myself, am I up for this? My answer was: No I’m not, and….. I still need to do it. We are living at a time when we all need to do uncomfortable things and step into leadership in new ways.

This is the existential crisis upon which the future of humanity depends. We have no choice but to give it everything we got. For me that meant founding Dayenu: A Jewish Call to Climate Action and building a multi-generational movement of Jews working together with other communities to confront the climate crisis with spiritual audacity and bold political action.

Some ask, why should we do this as Jews? There are many answers to this question.

First, numerous Jewish values call us to rise to the challenge of the climate crisis. There are the classic references to protecting the earth (שומרי אדמה)and do not destroy (בל תשחית) . But at its core, the climate crisis is also about social, economic, and racial justice. It is about whether we believe that every human being is created in the image of God (בצלם אלהים) and deserves to have their most basic human needs met: air, water, food, shelter. Will we protect the most vulnerable? (שומר גר, יתום, ואלמנה) Will we choose life? (ובחרת בחיים) Most fundamentally, what is at stake is whether humanity will continue generation to generation (לדור ודור).

Second, there is a diverse movement of people fighting for climate justice, including faith groups, Black, Brown, Indigenous communities, and young people. At this time when we need all hands-on-deck, every community must fully show up, including the Jewish community.

Third, while we are only two percent of the American population, the Jewish community has a strong voice in American society and politics. Furthermore, religious voices play an important role in shaping our national narratives and solutions. We must ensure the centrality of values like human dignity, social justice, and the public good.

Fourth, there is power in spiritually rooted activism. We bring Jewish history and experience, teachings and tradition, and faith and song to the movement.

Finally, people are grappling with this existential crisis and we must support them Jewishly, attending to the emotional and spiritual issues raised by the crisis.

Studies indicate that 80 percent of American Jews are concerned about the climate crisis. (I suspect by now it’s more.) A survey this summer by the Jewish Electorate Institute found it to be the Number 1 issue of concern among Jewish voters. But most are not taking meaningful action. I think there are two main reasons:

So we are building a spiritually-rooted Jewish climate movement that supports us to grapple with the anxiety, fear, and even grief and also to cultivate hope and imagine a different future is possible. Part of how we live in the face of this painful truth is by taking meaningful action, together with others.

In partnership with a nationwide network of Jewish and interfaith grassroots environmental groups, we are building a robust Jewish climate movement. American Jews of all generations are forming Dayenu Circles and engaging in powerful national campaigns, calling on leaders to take bold climate action that centers justice and equity, and joining together with other communities to work for a more just and sustainable world.

Now is the time to step up in new ways and join together in this urgent and sacred work. Nothing less than the future of humanity is at stake. 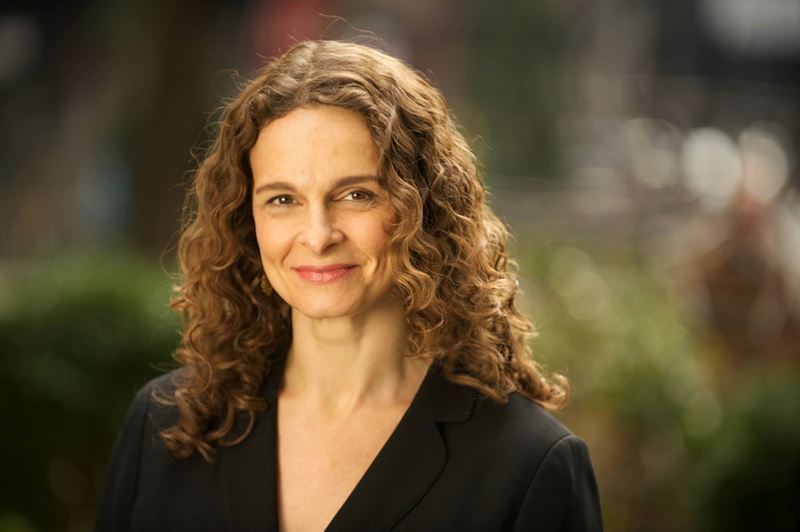 Top photo provided by the author.

WGF/DS Alum Rabbi Jennie Rosenn (Class 4) is the Founder and CEO of Dayenu: A Jewish Call to Climate Action.