The Curious Case of Jewish Intellectual Curiosity: What the Data Tells about Making an Impact in American Jewish Life

The Curious Case of Jewish Intellectual Curiosity: What the Data Tells about Making an Impact in American Jewish Life 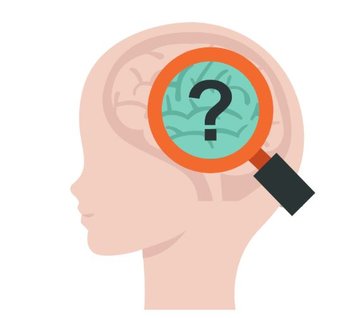 In the spring of 2013, Pew Research Center staff interviewed thousands of American Jews on a variety of issues. Many of the questions repeated the oft-queried variety found in earlier Jewish population studies in the United States. There is value, of course, in comparing snapshots of Jewish political party alignment and the percentages of Jews participating in a Passover seder. Other questions sought to introduce new data. For example, one prompt polled participants about the importance of “intellectual curiosity” to “what being Jewish means to you.” Pew’s “Portrait of Jewish Americans” published the results in a sidebar graphic, indicating that 49% of Jews believe that intellectual curiosity is “essential” to their Jewishness. That figure stood out. Journalists noted it, offered a sentence or two, then, possibly unsure what to make of it, moved on with their synopsis of the much-discussed population study.

But there’s more to it. Those in the business of deploying interventions to increase intellectual curiosity require more meaningful information to get a better handle of their work. After all, their programs in schools, camps and other education centers are designed to target specific beneficiaries. A deeper dive into the Pew dataset reveals a good deal more for Jewish leaders and practitioners who seek to effect change, to “move the needle” within various sectors of American Jewish life.

Scaling for the range of responses to “Importance of Being Jewish” is helpful to individuals interested in, say, increasing Holocaust heritage, observance to Jewish law, caring about Israel or immersive Jewish communal engagement. Notwithstanding cause-effect considerations, Jews declaring higher importance of being Jewish also place greater value on these factors of Jewishness.

Cross-tabbing other statistical contingencies demonstrate that some other crucial factors in Jewish life do not correlate all that much with intellectual curiosity. For example, Jews boasting a close circle of Jewish friends registered at the same curiosity clip as their coreligionists who counted “hardly any” Jews within their core social network. Similarly, sorting among gradations of Israel engagement didn’t reveal much unless interviewees reported that they were “not emotionally attached to Israel.” 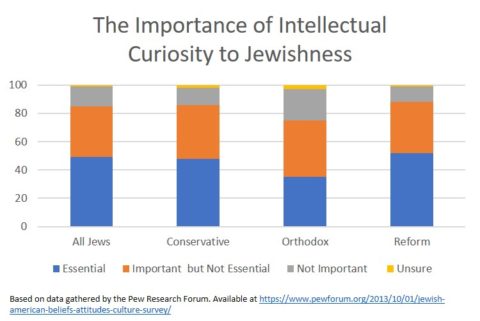 Where, then, can practitioners make a substantial impact? For curiosity advocates, there’s much work to be done among the Orthodox. Broken down by religious affiliation, fewer Orthodox Jews consider intellectual curiosity “essential” or “important” than their Conservative or Reform counterparts. To be sure, there is room to move the needle for Conservative and Reform Jews with weaker socio-religious connections. Yet, the outlier, no doubt, is the Orthodox. 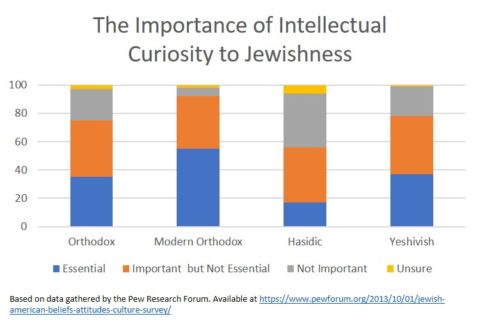 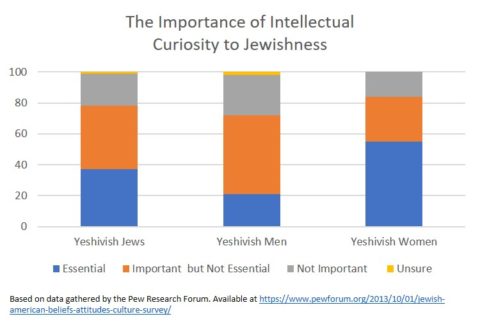 Here, the correlation probably does speak to causation. Starting at the bottom, Hasidic Jews are more cautious about ideas that might threaten their religious status quo. Similarly, there is a prevailing attitude in the so-called Yeshiva World to unequivocally abide by the directions of rabbinic elites – in other words, Daas Torah – and reduce interaction to other intellectual forces. But Yeshivish women, despite the moniker, do not enroll in yeshivot and are not as directly impacted by this ecclesiastical culture as their husbands and brothers. Finally, the Modern Orthodox are more often encouraged to push their intellectual limits and synergize these encounters with their religious experiences. Hence, intellectual curiosity is essential to this subgroup.

The upshot concerns more than identifying the best candidates for interventions meant to stimulate the intellectually incurious. Jews in the United States are a small but variegated group. More than many other communities, we possess ample information to better comprehend the participants of Jewish Engagement programs and who stands to benefit the most. The data can help us make an impact, but we need to know what to do with it. 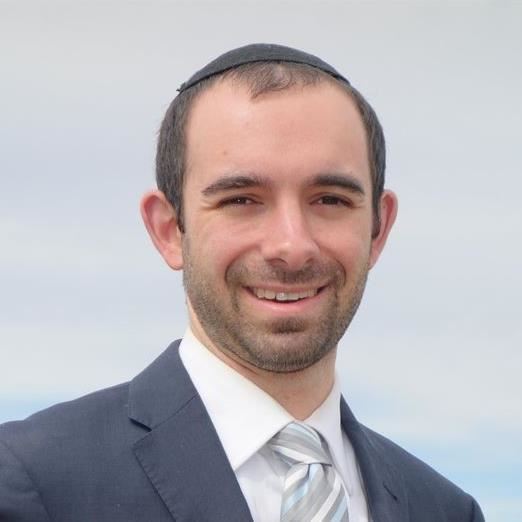 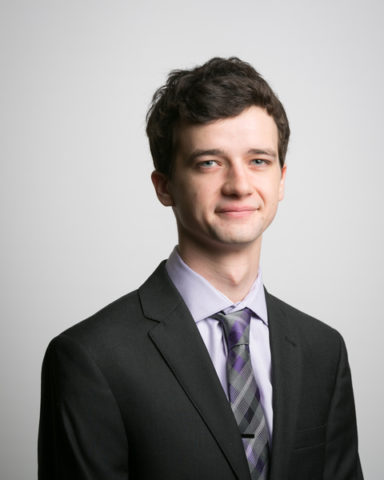 Ethan Fabes served as a consulting intern at Mission Measurement. In that role, Ethan was responsible for analyzing data and developing solutions for social sector programs. He earned a BA in economics from the University of Chicago.