The Thin Line Between Art, Storytelling and Politics

The Thin Line Between Art, Storytelling and Politics 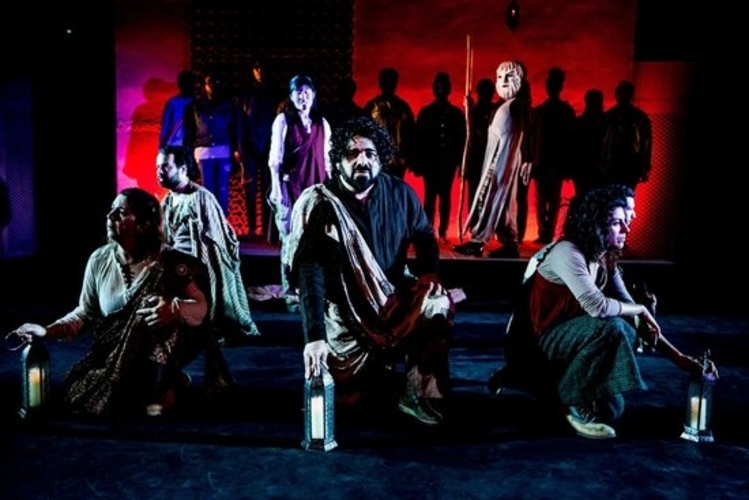 A poem for the morning, freely adapted:
“I am thankful for the restoration of my soul.
Blessed is the one who gave me a body.
For all the time that this soul is within this body, I am grateful.
For I have been restored from death to life.”

And another reflection on awakening:
“I have had a dream—past the wit of man to say what dream it was. Man is but an ass if he go about to expound this dream…The eye of man hath not heard, the ear of man hath not seen, man’s hand is not able to taste, his tongue to conceive, nor his heart to report what my dream was…It shall be called “Bottom’s Dream” because it hath no bottom. And I will sing it…”

These two works are artistic, poetic interpretations of the wonder that one feels upon rising from slumber, written for different purposes but with a focus on meter and intention. Both are of their times, speaking to the needs of their current listeners, and both transcend their times as we are still speaking and interpreting them today. 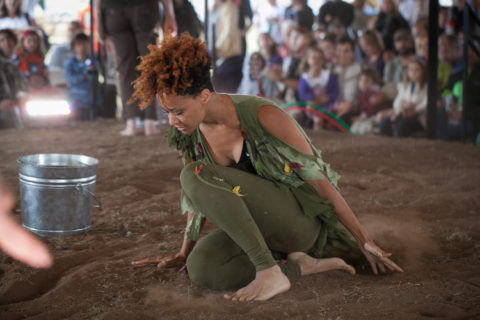 Now, let us look to a narrative at the core of our tradition – the revelation at Sinai. The presentation takes place with an eye on artistry, specifically of the theatrical kind. First, there is as in any good show, preparation in which the director makes sure that the vision will be realized. God tells Moses how the scene shall be set and that it is expected that the people shall arrive ready to receive the message, in clean garments appropriate for the occasion. The people are then told that they cannot cross certain boundaries, they cannot touch the “stage,” the mountain, or they will be punished. Then, there is smoke and thunder and lightning. It’s a great spectacle so that the wisdom being shared has more power. As I said, fundamentally theatrical, inherently artistic and thanks in no small part to such artistry, the world changed.

Of course, we cannot look at this narrative without acknowledging that it, in and of itself, is part of an artistic creation filled with metaphor and poetry. And that artistic creation, or compilation of creations, our Torah, was derived largely from mythologies and artistic works that came before it. Our leaders made these mythologies, these created stories, into a shared history for people who could have come from a variety of backgrounds. And so we, who may have been children of Israel or may have been Canaanites for that matter, came to have a singular narrative and that is how the world changed.

And if we step away from our tradition and move forward in time to the Christian Gospels (which were revolutionary works mostly by those who considered themselves to be Jewish), we see that these are once again artistic creations rich in metaphor and poetic language, meant to re-interpret and re-contextualize much of our Jewish teachings. And as these Gospels, these works of art, took hold, person by person, small group by small group, the world changed. 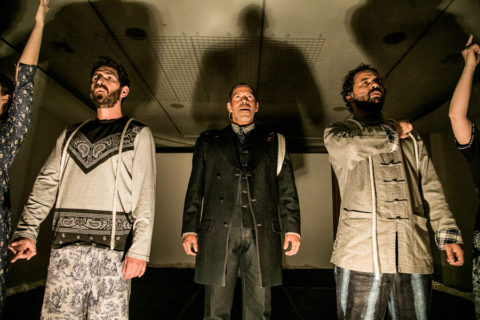 If we move forward in time, we see the birth of the Muslim tradition. Once again, disparate peoples with a variety of beliefs, came together, this time in opposition to the Christian threat to their land. And what happened? A narrative was created, a work of art, the Koran, that was both new and reinterpreted the artistic creations, the mythologies, that came before. And the world changed. I acknowledge that the line, as it often is, between artistic work, propaganda and politically motivated speech is thin in some of these examples and that’s part of the point.

If we move about a thousand years into the future from the birth of Islam, we can visit our English friend William Shakespeare again. He writes The Merchant of Venice, which gave us the still controversial portrait of a Jewish merchant, Shylock, who is both a reprehensible figure demanding a pound of flesh from the one to whom he lent money and a profoundly sympathetic character who proclaims, “I am a Jew. Hath not a Jew eyes? Hath not a Jew hands, organs, dimensions, senses, affections, passions? Fed with the same food, hurt with the same weapons, subject to the same diseases, healed by the same means, warmed and cooled by the same winter and summer as a Christian is?” This was written during the latter half of the roughly 350-year period in which Jews were expelled from and not permitted to live or practice in England. The play would have been attended, as most of Shakespeare’s productions were, by a large portion of the English populace, many of whom had never knowingly interacted with a Jewish person, and also by those in power, the royals and politicians.

Approximately 50 years later, Jews were once again permitted to practice openly in England and eventually, in the years to follow, other restrictions were lifted and more and more Jews returned. I will not claim that the Merchant of Venice is the reason why these policies shifted, for there were many forces at play. But, one can imagine that this complex artistic portrait helped to plant a seed and helped to till the soil that led person by person, small group by small group, to encourage something new to grow in their land and so the world changed.

I could go on to share about so many more examples of the ways in which artistic creation and interpretation changed our world, especially since I have focused mostly on storytelling and theater thus far. But I want to be frank about why I’m saying all this: as somebody who runs an arts organization and spends much of my days in the creation and dissemination of artistic work, I am saddened by the ways in which art is marginalized in our Jewish communities and society at-large. Putting aside how it is often confused with mass entertainment and its focus on commerce in our country, in our Jewish communities, it is most often seen solely as an addition, a tool through which a narrow band of educational or engagement endeavors can be enriched and augmented. I, of course, support and participate in those uses fully – art should be utilized in those manners even more. 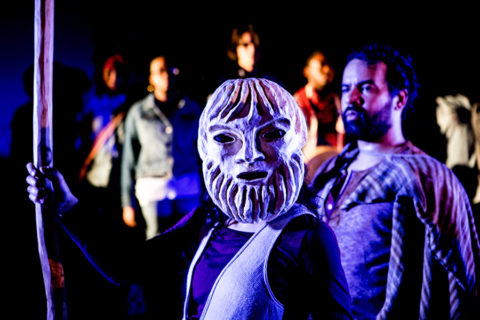 That being said, art also has value in and of itself. Art allows people to see their history, to contemplate their present and to imagine their future.

In the late 20th century, for example, composer Debbie Friedman, along with collaborator Drorah Setel, wrote a now famous musical interpretation of the Mi Sheibeirach, an act of artistic invention married to tradition. After all, its use recalls the more than 1,000-year-old Jewish practice of honoring specific members of the community through prayer, while also helping all those in the here and now to commune with those close to them. It also simultaneously serves as a model, with the ways in which it has been adopted and sung across a variety of communal and denominational lines, of how artistic creation can support unity as we walk forward, both separate and together.

Art also asks people to hold multiple truths at once. In her poem, I Know Why the Caged Bird Sings, also composed in the late 20th Century, Maya Angelou writes:
“The caged bird sings
with a fearful trill
of things unknown
but longed for still
and his tune is caught
on the distant knoll
for the caged bird
sings of freedom.”

And with these words, she challenges us to place ourselves in the position of the bird, contained by forces of domination and subjugation, while asking us to acknowledge that we are also on that knoll, able to catch the bird’s cry for freedom, and we thereby have some responsibility in its oppression. By engaging with such art, we see the world in less certain terms and as we are twisted and turned by our feelings toward what is expressed, we twist and turn this world over, looking at it from many angles, becoming more able to hold complexity in our open hands.

In this moment in our society, filled with challenges and questions connected to equity and fairness, let us remember that art is a primary way that we process the fullness of both our singular experience and our joint humanity. Perhaps if art had a more sacred place in our cultural conversation, in our institutions, in our organizations, this country would be more capable of holding and embracing complexity and it would then take the actions aligned with such an embrace.

So, we who are leaders, I encourage us to consider how we all can make art an integral part of the work that we do.

How do we invite in artists and works of creation that speak to the deep, sometimes unseen, unacknowledged needs of our community members?

How do we make space for art from a variety of perspectives and from voices that might not otherwise be heard by our groups, art that therefore provokes, upending narratives, asking more of our constituents and ourselves – of our imaginations, of our intellectual lives, than we think we are able to give?

And finally, how do we allocate not just energy but resources to such artistic endeavors, knowing that the short-term outcome may be as small as a single person being moved, but in the long term that single person can become many and thus the world may be changed? 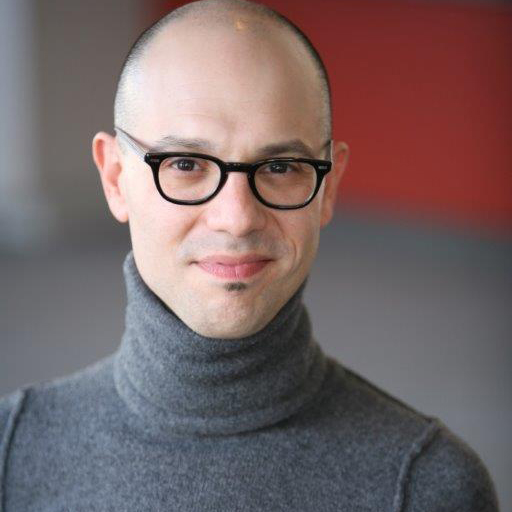 All photos courtesy of theatre dybbuk.

Pilot Field Fellow and Wexner Graduate Alum Aaron Henne (Class 28) is the Artistic Director of theatre dybbuk, an arts and educational organization whose work illuminates universal human experience from a Jewish perspective. In addition to his work with theatre dybbuk, Aaron teaches storytelling throughout the country and has presented workshops at Lucasfilm, Pixar and Dreamworks. He was an American Jewish University Dream Lab Fellow and the Diane Luboff Scholar at the Cutter Colloquium at HUC-JIR. Aaron has also served as a professional mentor at Otis College of Art and Design, as faculty for the Wexner Heritage Program and as a consultant and facilitator for a wide variety of organizations including The Jewish Federation of North America’s Young Leadership Cabinet and the Western Hillel Organization regional conference. Aaron is a Pilot Wexner Field Fellow and the recipient of LA Weekly and SF Bay Area Theatre Critics Circle Awards for Playwriting.