Thou Shalt Not Oppress a Stranger

Thou Shalt Not Oppress a Stranger 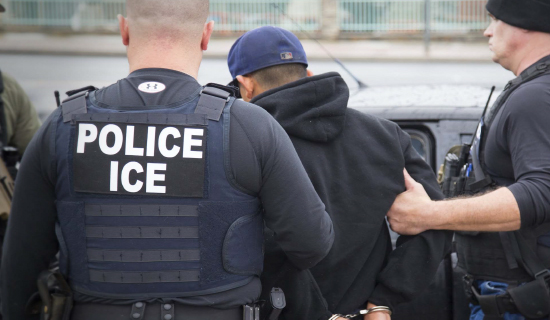 I recently returned from speaking to a roomful of dairy producers in Kansas City.  One of the focuses of my legal practice is compliance, and I’ve been privileged to provide counsel to the dairy industry for the past decade.  Among the chief challenges for those who work in agriculture in this country is labor; more specifically, finding a sufficient workforce in a country with very low unemployment, and in an industry where workers are exposed to the elements, work with large animals and dangerous machinery and must provide round-the-clock labor every single day of the year.

The dairymen (even the women in the dairy industry refer to themselves as “dairymen”), many of whom voted for President Trump and live in key swing states like Ohio and Pennsylvania, were frustrated, perplexed and, yes, scared.  They, like everyone else in this country, know that their industry cannot function without foreign labor.  Unfortunately, for my dairy clients and for the rest of us, meaningful immigration reform is not on the horizon.  Worse, there is an anger and a scapegoating directed at immigrants that has become more prevalent and more vocal since the 2016 election.  As an American Jew, this issue is all the more painful and perplexing, particularly during Pesach.

Indeed, Pesach, more than any other holiday on our calendar, teaches us to empathize with the stranger in our midst, as we recall our own journey from slavery to redemption.  While we American Jews are among the chief beneficiaries of this country’s immigration policies, I fear that many of us somehow have forgotten what it was like to be a people wandering alone, with no one to come to our aid, and without knowing where to turn.

David Brooks last year wrote that the national narrative of the United States, a country of immigrants, is the Exodus story and yet, in an era of increased ICE raids, proposed travel bans and limitations on immigration, that story is in danger of being lost.  As Brooks noted, “The book of Exodus is full of social justice — care for the vulnerable, the equality of all souls.”

The Jewish community must confront the issue of immigration head-on.  In the United States, Jews must affirmatively decide where we stand on proposed policies aimed at limiting immigration and deporting potentially hundreds of thousands of people, many of whom know no other country beyond the United States.  In Israel, the issue of the fate of more than 43,000 African refugees is forcing Israelis to reexamine the very foundation of the Jewish State, especially in light of the government’s vow to deport them back to their home countries.

Even the most anti-immigrant citizen of the United States cannot deny the valuable contributions of generations of immigrants to our country, be they “legal” or otherwise.  Similarly, no Israeli can credibly dispute not only the founding principles of the Jewish State, but also the contributions of more recent waves of immigrants, such as those from Ethiopia and the former Soviet Union.

In both countries, the immigration “issue” has been predominantly cast in political and economic terms, as opposed to humanitarian ones.  We speak of jobs, taxing already too thin services, and other policy issues, but rarely do we talk about the humanity of the immigrants and refugees, let alone their individual narratives.  We effectively label them “strangers” while forgetting to remember that we Jews were once strangers as well.

So perhaps the next time any of us think about or discuss immigration, building a wall, the refugee crisis, or any other similar current event, we should remind ourselves what we’ve been taught in Exodus 23:9, and what we acknowledge, celebrate and give thanks for around the Seder Table: that you shall not oppress the stranger, since you yourselves were once strangers in the land of Egypt. 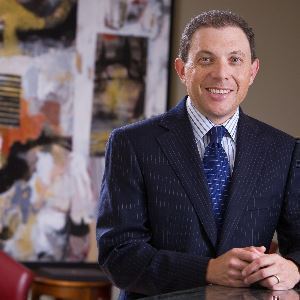 Wexner Heritage Alum Rick Kornfeld (Denver 08) has worked in the criminal justice system for more than 25 years (first, as a federal prosecutor and now as a defense lawyer), dealing with social justice and related issues every single day.  From representing immigrants and indigent people on an appointed or pro bono basis, to being engaged by major corporations embroiled in federal investigations, his work is defined not only by his belief in the responsibility of government to temper its exercise of power with compassion, but also by his commitment to “put the government to its proof” by requiring it to play by the rules.  Having just started as a board member at the Metropolitan State University Foundation in Denver, he is especially interested in education as a vehicle for social justice.  MSU serves a very diverse population, including 30% Hispanic, more than 40% first generation college, more than 100 “dreamer” students (students who are in the U.S. illegally but have been here for many years), and more than 1,000 students who immigrated to the U.S. as political refugees.  His participation on this Board is an outgrowth of some of his non-profit work in the Jewish world.