Uman, An Adventure in Absolutism

Uman, An Adventure in Absolutism 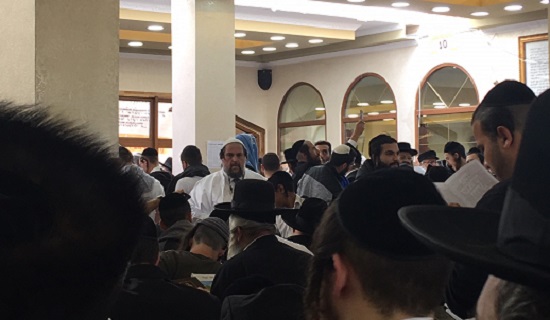 I arrived in Uman, the site of Nachman of Bratzlav’s grave, on the Friday afternoon before Rosh HaShanah. In 1810, just before he died, Rebbe Nachman had said to his followers that they should spend Rosh Hashanah with him, at the grave, or Ziyon as it is called. Unlike all other Chassidic groups, Rebbe Nachman left no one to be the next Rebbe and so he was the last, and his followers were called the “the dead Chassidim.” Since I was a teenager I have always loved the stories and tales of the Rebbe and his collected Torah. For the past ten years my friends and I have been transported by his insights and commentaries. And so, since my wife Anny was visiting America and our new grandchild, and Uman is not so far from Budapest, where we now live, this was the year.

With my friend Micha Odenheimer, a man of great capacity for love of all people, and particularly Jews, and a student of the both Rav Moshe Feinstein and Shlomo Carlebach, and, thankfully, a veteran of the Uman experience, we set out after exploring the ramshackle city of Kiev (Ukraine), with its shuls and the terrible mass grave of Babi Yar. A hair-raising two hours later our taxi let us off in the back roads of the village after paying the police a small bribe to let us enter. Here we were, in the heart of the Pale of Settlement, the area of rich tradition and mystical imagination. Amazing!

As we walked the muddy streets it seemed we had traveled 200 years back in time, just for the next few days, but even so, surreal. Everyone was dressed the same way we were in 1810…but they dress that way all the time! The language on the streets was Yiddish and the squares were packed with Jews. Where were we and when? Also surprising was that the 40,000 or so pilgrims were all men. Every once and a while, a woman would come by, usually with a big babushka on her head. But the vast majority were men, often with little children in hand. The mood was that of a collective and a very friendly one, on best behavior just before a day of judgement and the blowing of the shofar.

My first feeling should have been one of distinct alienation. I had the wrong clothes, the wrong hat, spoke the wrong language, even my tallis was the wrong type and I had no Bratzlav blue woven into my tzitit. We went to the place where we had reserved a bed and it was three small rooms packed with 30 people on bunk beds. All varieties of chassidim stretched out, but not for me, not at this age, even in this packed town. And so I set off in search. After all, the whole adventure was one of search.

Then a minor miracle. The brother-in-law of a friend texted me — he had a bed for the night with the Satmar Chassidim and the new Rebbe, Rav Kluger. It would be intense but the mikva was warm and I was invited. “Meet me in front of the Orot Hotel.” “How will you know me?” “Don’t worry.” And so I met my next guide, Micha Wiesenberg — from Las Vegas and as sweet as Rosh Hashanah honey. I walked and there he was, took my bag and led me through the swirling alleys and into a place of calm. A nice bed, food and marvelous people with open hearts, fur hats and instant acceptance across the divide. Why? That is Uman. A big embrace with little judgement. All kinds of Chassidim — European, Yemenite, Sephardim, Ethiopian, Israelis, Americans, with a Rebbe and independents. All together. Davven with us or just come for dinner. We don’t care how you got here, but we are here together. We sat and ate and sang strong songs late into the night. Across the table we met young Mica Gordon from West Hartford, Connecticut — a Red Sox fan who could talk about this year’s great team replete with Kabbalistic significance. Was Mookie Betts Yesod or Tiferet? This question has a limited but devoted audience.

On Shabbat morning there was a line at the mikva. My friend Micha had already immersed in the river but I am a delicate flower about jumping into unknown bodies of water. But this mikva was clean and warm and a new adventure. I really didn’t even know how to do it. But there I was with a bunch of naked guys instructing me in Yiddish. In I went and stayed until the petitions of my heart were recited in my mind. I felt back in early life, flashed on Isaac, my precious new grandson and his journey to life, and emerged a bit transformed. I went back many times. Complex to understand why the water helped, but maybe one needs to be cushioned by the past in order to go forward.

There was food everywhere. Coffee stations with spigots of free coffee all times of day and night, some with Starbucks signs. And then big halls with long tables and as much food as you wanted. We ate on erev Rosh Hashanah with the Ethiopians, a dozen learned and sweet men who chanted together and drank a lot of Jack Daniels while recounting their remarkable journeys. Chassidim in dress looking no different except the noted color of their faces and filled with Talmud stories and tales of the European Rebbes. They had gone to see the graves of the masters the days before, a reclaimed if confusing heritage.

Rebbe Nachman has a concept which he calls the Nekuda Tova, the point of good in every soul. On Rosh Hashanah it is important to find this point in your own being. So when I heard that one of the big services was called this, I went. It was in a tent in the forest and held about a thousand people. Massive. The guy that lead the davvening was fabulous and he only had to sing a few notes before every person joined in. The most intense singing (and often dancing) I have ever witnessed. People jumping and swaying on benches until I thought they would break. Maybe it was in this part of the forest in Uman that Nachman would go out and pour out his heart. He called it Hitbodadus — it is his line that there is nothing as whole as a broken heart. You could feel his heart wherever you went, but particularly during that Shul. It started at 8:30 in the morning and after a short lunch break it ended at 4. The time flew by, both serious moments and ones of exploding joy. The prayers were all the familiar ones but it just seemed like the world depended on them. Maybe it does.

The Ukrainian fantasy would not have been complete without a little confrontation and drama. We were walking towards our third dinner with the Vegan Chassidim. Payos, cannabis, excellent food and complex tales of recovery and some crime. Of course, like most of the time this was an evening in Hebrew. But on the way there we walked by a small army checkpoint. Suddenly the Ukrainians drew their weapons and confronted some Chassidim. Classic! Except that we were pretty sure that it was the fault of the Jews. Why? Hard to know except that they were young and we just figured it was their fault. Or maybe both parties needed to reenact something like the scene in Fiddler. Very tense and then over, and down the hill came some Sephardi guys, unarmed but just tough enough to give you the Israeli army feel. When push came to shove this was not the 19th century. Jews have power and Ukrainians withdraw when they see it.

I tended towards the more formal settings but there was also so much laughter and wild eyed fun. I saw no prostitution or really any untoward behavior — none. But one davvening was led by Rav Sabag from Kfar Saba. If you every saw the film Sallah Shabbati that was the feel. It had kind of a lunacy to it that was captivating. These people are the nationalist right wing of Israeli politics, they vote Shas and the Torah parties. But here in Nachmanland, the anarchy that was authentic to him freed them. They were joyous and the prayer was unpredictable and fresh. The tune was repeated but compelling and the shofar pierced my heart. The whole experience was one of heart and not so much head. Half way through it began to rain and then rained hard. We stood under a tarp and so we needed to huddle a bit. All of us from such different stories huddled in the rain in distant but alive Uman.

Nachman developed a series of psalms called Tikkun Klali. On Sunday at noon we said them all together. One guy from Israel chanted them over a speaker system, like you might hear in a Arab country or even Jerusalem, but this time it was in Hebrew and it was us. I scanned the scene. Thousands and thousands on the balconies, near their tents, in the streets and fields chanting the psalms. You didn’t have to go to Shul, just stand and participate.

I am sure that one could be cynical about many things and the absence of women is surely one of them. Sleeping in a dirty apartment is not on my bucket list and I am happy to be back on the beautiful Danube to write this with my internet on. But all I could think of was, “How goodly are your tents Jacob, dwelling places of Israel.”

An easy fast and a meaningful Yom Kippur. 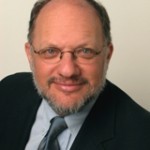 Rabbi Michael Paley is a senior scholar for the Joint Distribution Committee (JDC) in Budapest, Hungary. He is creating a leadership program inspired by the Wexner Heritage Program for Eastern European Jewish lay leaders. Previously he was the Scholar in Residence of the UJA-Federation of New York and served often as Wexner Heritage Faculty. Prior to his arrival at UJA, he was a Professor of Jewish Studies and Dean at Bard College, the Vice President of the Wexner Heritage Foundation and also served as the University Chaplain at Columbia University and, before that, Dartmouth College. Additionally, he was the founding director of the Edgar M. Bronfman Youth Fellowship in Israel. Rabbi Paley earned his bachelor’s degree at Brandeis, graduate degrees in Jewish and Islamic Philosophy and Science at Temple University and received his rabbinic smicha from Rav Zalman Schachter-Shalomi.