Wexner-Style Learning from Portland to Portoroz

Wexner-Style Learning from Portland to Portoroz 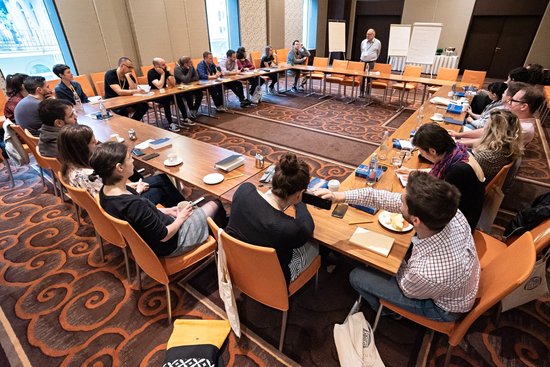 In late May 2019, my wife Ellen and I traveled to the seaside town of Portoroz on the coast of Slovenia, just south of the old Jewish city of Trieste. There we joined with 46 Tarbut fellows from Budapest and Poland, along with their partners (and a few babies), in a scene that reminded us of our own Wexner Seminar in Snowbird, Utah, many years ago.

And that was no coincidence, because the new Tarbut Fellowship program that we were honored to be part of was founded by Rabbi Michael Paley, one of our favorite Wexner scholars, who initiated the program under the auspices of the Joint Distribution Committee. He and his wife Anny recently moved to Budapest to be part of the reawakening of Jewish life in Central Europe. Rabbi Paley not only initiated the concept and put together the curriculum, but he also raised the funds for the program and recruited a cohort of future lay leaders in societies where they have been absent since the war. 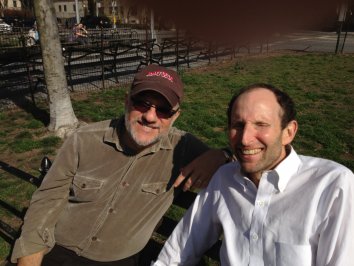 Why call the program Tarbut? Tarbut is Hebrew for culture. While Rabbi Paley states that Judaism in America is based on religion and Israeli Judaism based upon national identity, he believes that Jewish revival in Europe will be primarily cultural. Tarbut also was the name of the network of secular Hebrew-language schools that flourished in Europe between the two World Wars. It was one of these schools that Anny’s aunt had attended in Poland before the Holocaust.

As visiting Americans, we had no idea what to expect of the Tarbut program, but what we found was a group of accomplished individuals who reminded us of our own Wexner community. The Europeans we met included high-tech executives, artists, entrepreneurs, academics and several innovators. Dr. Ruth Calderon, a member of Tarbut’s faculty, said that she felt an immediate warm familiarity with the participants that made her feel that she was, in a sense, teaching her European ancestors.

The two-year Tarbut Fellowship program is similar to the Wexner project: it brings in first-rate Jewish scholars, makes use of the finest hotels, and serves excellent food. Two more retreats are planned, supplemented by bi-weekly seminars that will be held in Warsaw and Budapest. 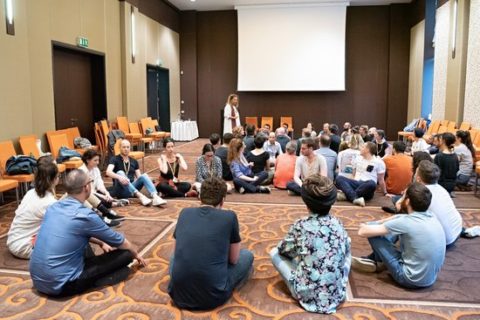 But the similarities stop there. The goal of the program is to promote the revival of Jewish life in these two cities by engaging a cadre of volunteer leaders. To date, much of the new Jewish energy in Central Europe has been supported by individuals and organizations abroad. But for Jewish life to take hold again in these cities, it must be led by a new generation of local leaders.

They have a rich tradition to live up to. The pre-war Jewish community of Budapest was extraordinary, with world-renown figures in fields ranging from physics and mathematics to literature, photojournalism, and cinema, and the city’s current Jewish population of 120,000 is far larger than we had imagined.

In conversations with our European counterparts, I tried to stress that, like them, I initially did not have a deep or sophisticated knowledge of Judaism, despite being president of our local Federation in Portland, Oregon, so starting out with a weak Jewish background need not be an obstacle to long-term Jewish leadership.

In our Wexner Heritage communities, at least the ones that Ellen and I were part of, most of the participants knew one another before the program began. We were mostly culled from a pool of existing leaders, and existing leaders know other leaders. This was not the case in these two communities. While most of the participants hold leadership positions in their professions, they have not held Jewish leadership positions, because in post-Communist communities these opportunities simply don’t exist. There is little existing Jewish infrastructure in post-Communist societies that would have created leaders.

Not only were the participants not known to one another, but they came from dramatically different backgrounds than their American counterparts. Most are the grandchildren of survivors with a sprinkling of locally-based Israelis. Growing up, many participants hadn’t known they were Jewish, only to be informed of their true identity later on, often from a dying grandparent. A number of the fellows discovered they were Jewish only when their parents sent them to Szarvas, the JDC-run summer camp in Hungary, and said the equivalent of, “You’re going to camp, it’s a Jewish camp, and by the way, you’re Jewish. Have fun!” One man in the program told me that he had never understood why other families didn’t separate milk and meat dishes like his family did, although he never knew why his family followed this tradition.

At the final dinner of the seminar, Irma, an executive at a training and consulting company she co-owns with her husband, summed up her experience this way: “Now I know much more why I am the way I am.” It was the first time she had ever spent real time with other people who shared her sensibilities. 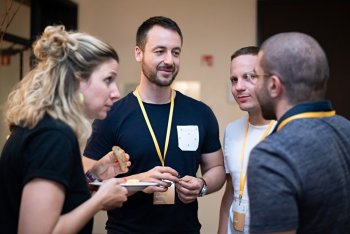 Like Wexner, the Tarbut Fellowship is primarily a leadership project. One of the faculty was Marty Linsky from the Kennedy School of Government, who has taught Wexner graduate fellows. While many Tarbut fellows have participated in leadership seminars through their work, they noted that this one was different. In a place where there are no past models for learning how to become a lay leader, which includes board building, fundraising, governance and most importantly vision, the challenge is even greater. Linsky is one of the founders of the theory called Adaptive Leadership, which strives to teach skills to manage traumas of the past and to lead into the future. These are two different skills. And so the fellows set up international coaching groups to facilitate the clearest possible thinking as they embark upon new initiatives.

I was honored to be part of the seminar’s kickoff presentations where I told the group about the American Wexner program, how it affected my life, my family’s life, my leadership and my knowledge. I tried to explain that while they came from backgrounds that are radically different from ours, we are all part of a bigger Jewish community and the learning adventure they were about to embark on was part of a much bigger Jewish world. I could imagine partnering with them as we address some of the challenges that we as Jews face in common. Ellen was able to attend as a Wexner representative and further spread the word in private conversations and in the workshops with the participants.

In true Wexner fashion we were pleasantly overfed with food by the hotel and stimulated by the intellectual and spiritual offerings of the faculty and the participants.

Kol Hakavod to Rabbi Paley and his wife Anny who did so much to bring this together and include us as a part of this historic undertaking. 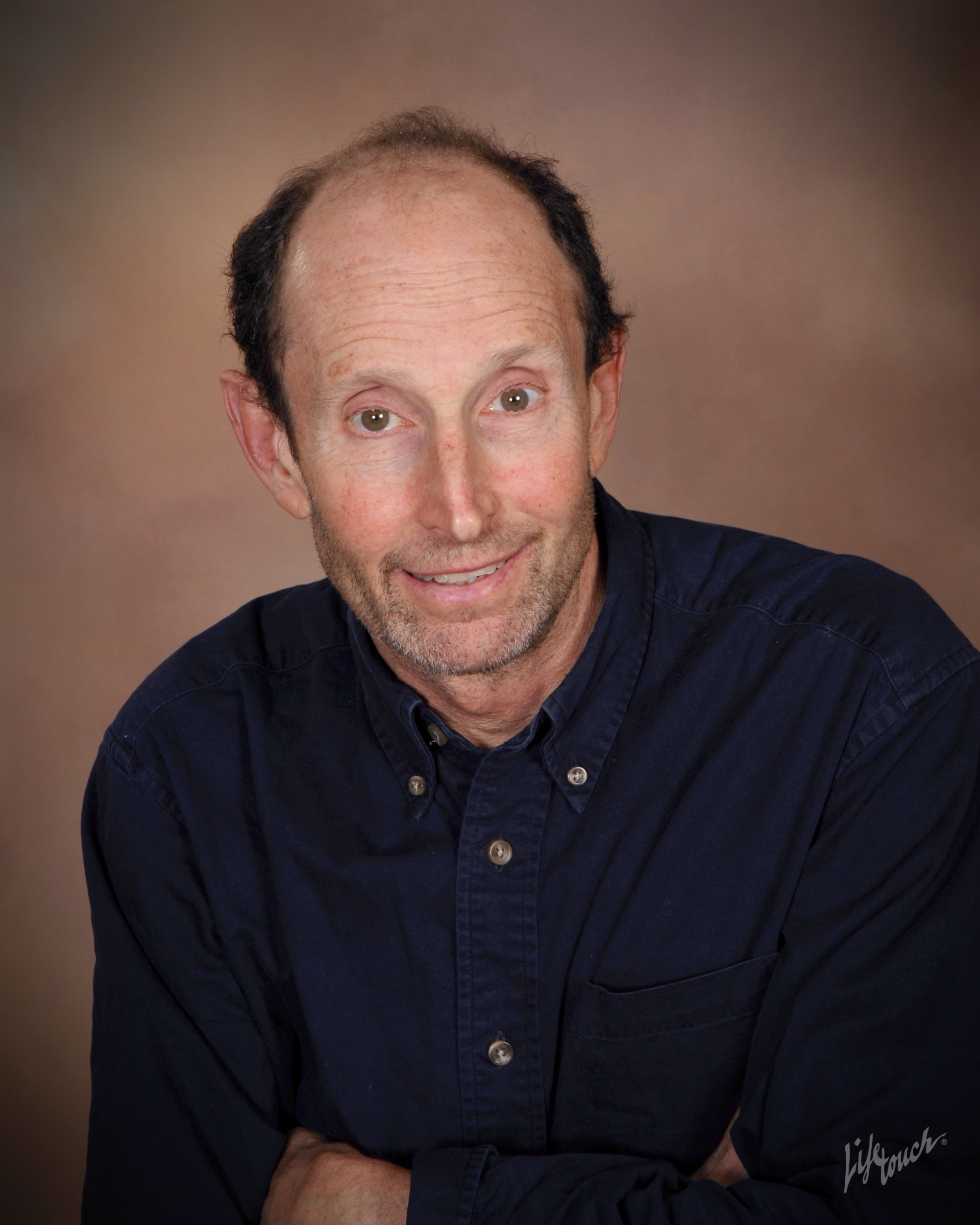 Wexner Heritage Alum Steve “Rosy” Rosenberg (Portland) was born and raised on the north shore of Chicago in Highland Park, later moved to Portland and is now a resident of Tel Aviv. He has been involved in numerous boards in Israel including Israel Tennis Centers and Machol Shalem (modern dance platform in Jerusalem). Steve is Past President of the JCC of Portland and of the Jewish Federation. He was an active board member of the JCC and the Portland Jewish Academy for almost 40 years. Steve can be found on his bicycle in Portland and Jerusalem most of the time, when he hasn’t fallen off it. He also remains active in his real estate profession, including his position as CEO of Gregory Funding.