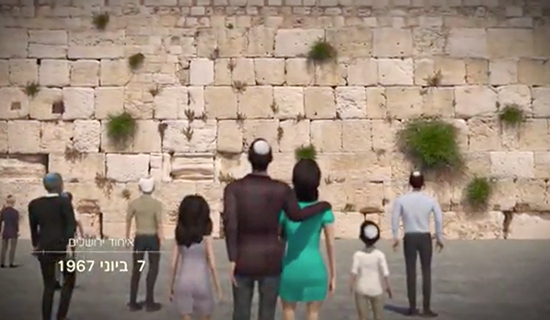 The Public Diplomacy Division of the Ministry of Foreign Affairs started back in 2016 to prepare for the commemoration of the main Jubilee events of modern Jewish history and of the State of Israel.  The general strategy of the Israeli Public Diplomacy Division is to do outreach to many audiences —  Jewish and non-Jewish — around the world.  Israeli Public Diplomacy works to best optimize its the skills of its headquarters staff and 103 missions abroad to mark the Jubilee years with ongoing series of events and soft power productions.

The challenge we were facing was about being able to tell our story in an accessible way by making use of visual means.  The idea of concentrating 3000 years of history in 10 minutes while keeping it simple is our way of responding to an ever growing demand from young and diverse audiences who are curious about who we are.

The animated film that we are now launching is the most recent product in a series of tools that we produced in the past year.  It tells the story of the unbroken bond between the people of Israel and the Land of Israel, starting from the last Judean Kingdom, through exile, and up to the revival of the Jewish nation and the modern State of Israel.  The film cannot cover every event in our history, so we chose to focus on elements that are central to Israel’s story.

Producing the film was a massive undertaking that took more than a year to complete.  Early concepts were developed in large brainstorming sessions with top MFA diplomats.  We worked with outstanding Israeli companies: a major production company (Zoog Productions), an animation studio (The Pixelers), and a script-writing contractor (Videohead).  Overall, more than 100 people worked on the production of the film, which features 657 animated characters, 187 shots, and more than 100 backgrounds.  The film will also be narrated in 12 languages, including English and Hebrew, Arabic and Persian, Spanish, Russian, and even Mandarin.

Narrated by Gila Almagor, a famous Israeli actress, the film gives a historically accurate account of our history.  Under the guidance of the historian Dr. Eyal Meiron, (lecturer at Bar Ilan University), the script is based on facts and records.  More than once our team of historians advised us to change parts of the animation to be as accurate as possible.  Even the fruit in the basket during the Roman occupation scene had to be changed from an orange to a pomegranate to represent the actual produce grown in Israel at the time.

The Jewish people and the State of Israel have a rich history, with periods of great joy as well as times of profound despair, but always filled with hope.  Today, Israel is as secure as it has ever been, and many Diaspora communities are thriving.  I feel it is important for Jews and non-Jews alike to look back at our history and to learn what happened and why it happened.  We believe that this video is an effective tool for learning about Israel’s history and about the revival of the Jewish people in its homeland.

Sharing stories about Israel is a powerful diplomatic tool.  We also look to strengthen the cohesion between Jews in the diaspora and in Israel.  By reinforcing the historical bonds that bind Jews together, we are also planning for a future in which Jews remember their past and continue to keep the Jewish narrative alive.  The animated film that we produced is one way of sharing our story and strengthening our community.

This year Israel is celebrating 70 years of independence under the motif of “A Heritage of Innovation.”  This is the central theme the MFA has adopted in its branding policy for many years now.  Telling an old story with modern tools is one way to implement this theme.   May the next 70 years be filled with innovation, a thriving Israel, peace and security in Israel, in the Jewish communities and throughout the world.

Here are links in multiple languages to “Revival.”

Additionally, here are links in multiple languages to our latest video “Being Israeli.” 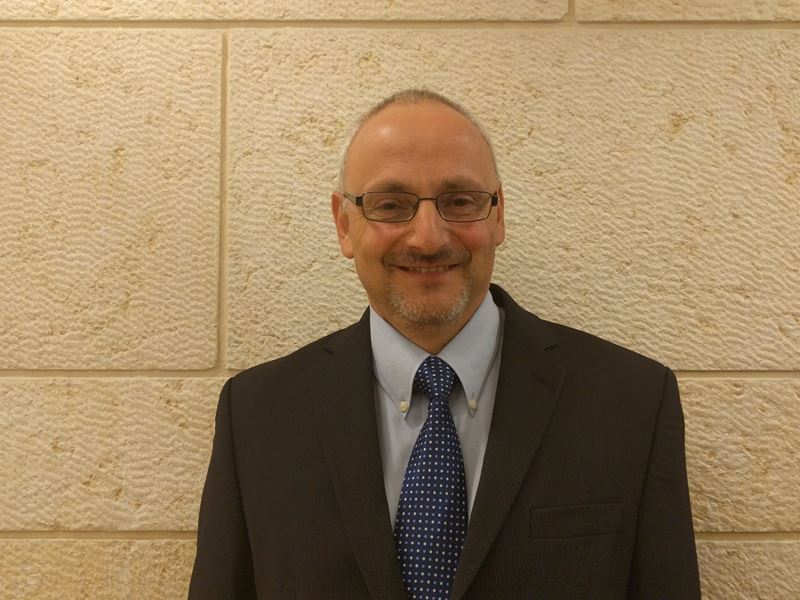 WSL Network Member Noam Katz (2017) is a Deputy Director General for Media and Public Affairs in the Ministry of Foreign Affairs.  Prior to his current position he was the Ambassador of Israel in Nigeria, Ghana and ECOWAS and was Minister for Public Diplomacy at the Embassy of Israel in Washington.  Noam holds an MA in Public Policy and Public Management and a BA in History from the Hebrew University in Jerusalem. He lives in Modi’in with his family.