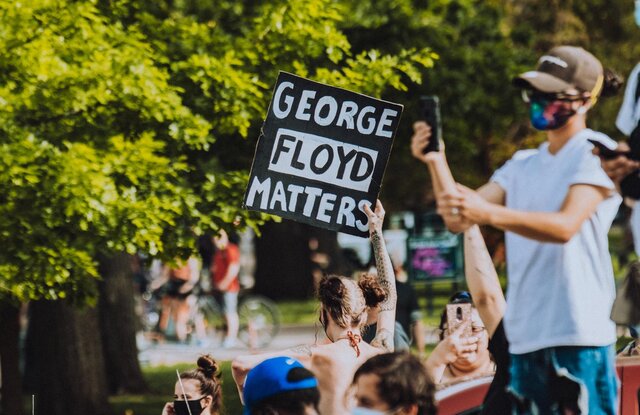 While we were home in quarantine last summer, my kids and I had more time to read together than ever before. With George Floyd’s murder and America’s increasingly prevalent reckoning with its pervasive racial injustices and the consequences for Black[1] lives, I decided that I wanted to read something related with my seven and nine-year-old kids. As a white Ashkenazi family, I wanted to introduce them to the challenges that this country faces connected to race and the long history of slavery, oppression, and discrimination. I hoped to use lessons that I learned in my professional life to expand how my children understand the experiences of their neighbors.

As the Co-Director of the Muslim Leadership Initiative at the Shalom Hartman Institute (SHI) and an alum of Encounter’s Executive Leadership Program, I have witnessed the power of people sharing stories with one another, even or especially across difference. Each time we read or hear a story that expands our worldview or perceptions of another group, we are combating “the danger of a single story” as author Chimamanda Ngozi Adichie warns in her 2009 TED talk. According to Adichie, we have a tendency to simplify other people into one narrative that we create about them. Instead of telling one story about another community, we will benefit from listening to multiple stories that enrich our understanding of others. By hearing people tell their stories, we can recognize the complexity of each community, their varied perspectives, ideologies, and experiences, and ultimately, their humanity. Over the course of the summer, I tried to apply this lesson to the issue of racial justice at work and at home.

My kids and I began reading novels that address race by Black authors. We began with One Crazy Summer by Rita Garcia-Williams about three Black sisters who travel from New York to spend a late-1960’s summer with their mother, who had left them years earlier to join the Black Panthers. We ended up reading all three books in the series, inspiring new questions and conversations. The conflict between the children’s mother and paternal grandmother over how to relate to oppression introduced my children to different approaches to Black liberation and white violence towards Blacks, including the Ku Klux Klan. In addition, the sisters in the book grappled with everyday challenges of children, like sibling rivalry and not liking what their parents served for dinner.

Just a few months later, when we were discussing the insurrection at the capitol on January 6th, my kids contrasted the response to the protesters with the responses to the Black Panthers about which we had read. They asked me, “If the protestors had been Black, would the police have responded differently?” In this moment, I realized that the books we read together and the conversations we had over the summer had broadened their worldview and expanded their understanding of America. They were not viewing this moment in 2021 as a stand-alone incident, but beginning to understand the historical context in which experiences unfold. While many people from different backgrounds and ethnicities may grow up in the same country, my children were beginning to learn that experiences will be varied based on a range of factors, including our identities and how we are perceived.

At the same time at work, I heard from numerous Muslim participants in the program who wanted to understand the Jewish community’s relationship to race in America and more specifically to the responses to George Floyd’s murder and subsequent protests. They wanted to go beyond the news headlines or the stories being told about the Jewish community to hear directly from us about how race impacted our lives and our communities. To that end, we put together a panel of three Jewish leaders, including a Jew of Color, who could speak to how their constituents and the broader Jewish community were responding at that moment. A synagogue rabbi, a Jewish Community Relations Counsel (JCRC) executive, and an activist provided multiple perspectives on the Jewish community’s response to the moment. Instead of narrating a single story, their divergent perspectives from their various positions of leadership reflected the multitude of reactions in our community, and some proved even contradictory, like how to engage in particular movements based on their professed or assumed positions on Israel-Palestine.

Sharing about our community’s response with vulnerability, including our attempts and failures at fostering a more diverse community and working toward a more just society, laid the foundation for rich small-group discussions among Muslims and Jews and offered opportunity for us to learn from each other. It inspired a follow-up conversation between Muslim and Jewish colleagues discussing a Code Switch podcast about race in the Muslim community. Each of these sessions allowed us to fight against Adichie’s single story about the other.

Last summer, I had another professional experience of combatting a single story, and this time within the Jewish community. Even within our own communities, we can flatten and simplify other people’s experiences and narratives without considering the complexity and diversity among us. In addition to my interfaith portfolio at SHI, I worked with colleagues to launch our first teen learning program. We ran a five-week intensive virtual program for 270 teens, with alumni of our Hevruta Gap Year and rabbinical school programs as facilitators. Towards the end of the program, Rabbi Cantor Angela Buchdahl, a Wexner Graduate Fellow/Davidson Scholar Alum from Class 8, spoke on a panel with an Israeli colleague about how Jews in America and Israel relate to one another.

During the Q&A portion of this session, one participant courageously asked Rabbi Buchdahl about her identity as a mixed Jew. This participant explained that she is struggling with her identity as the daughter of a Black father and white mother. She asked, “What did it take for you to find your identity? Did you choose to lean more toward your Korean side over your Jewish side or vice versa?”

Rabbi Buchdahl shared personally about how her perspective on this evolved over time. She explained, “People like you and me…might get more questions and feel like we are wearing our multiple identities literally on our face. I got questions all the time, and I would respond in different ways, depending on my mood and my age… When I was growing up….there was the internal sense that when I was identifying more Korean, somehow I lost my Jewishness and when I identified Jewishly, I was losing a part of my Korean-ness. But I started to understand that these identities are speaking to each other, and they will always speak to each other. And, I will never stop being a Korean Jew, thank God for that. And you will never stop being a Black Jew. We need that. Thank God for that. You bring a different perspective.”

While the participant who asked the question expressed deep appreciation for Angela’s response, I thought about the rest of us who had the privilege to listen to this exchange. I was pushed to think about the complex experiences of people that we often refer to with shorthand as “Jews of Color.” Hearing Angela and this participant discuss their identities, I was reminded that there is no single story about a person or a community. As we strive to build a more just and anti-racist society, we begin at home and within our community. We make choices about the books we read with our children, the stories we tell about communities, and what we listen to about others. Although it’s not always easy, what a difference it would make if we contributed to narratives about others in ways that honor all the complexity and nuance that we know and cherish in ourselves.

[1] Following the guidelines of the Columbia Journalism Review and the Associated Press, I will be capitalizing Black but not white in this piece. 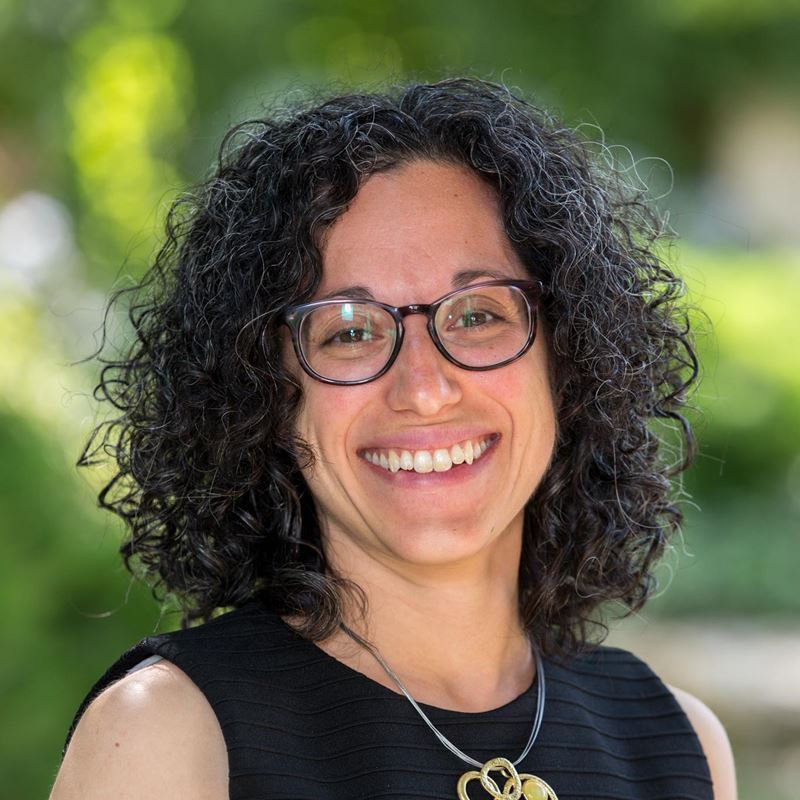 Photo by Jakob Rosen on Unsplash