Back in October of last year, I was asked by several Jewish organizations and institutions in the Boston/Brookline area Jewish community to talk about energy and climate change policies in Israel.  I was happy to speak about this issue, which has been the focus of my professional career for the last 10 years.  Given the very limited media coverage of climate change in the US media, I was very surprised by the sheer interest and enthusiastic response by people who do not work with and are not involved with climate change or other environmental issues.  I realized that people are not only interested in Israeli climate and energy policy, but they are eager to learn and talk about the Israeli economy, environment, politics and many other aspects of Israel.  In short, Jews here are interested in Israel!

I am also eager to learn about Jewish communities that I am not familiar with — the American Jewish communities.  Ever since July, when I arrived in the US as a Wexner Israel Fellow at Harvard’s Kennedy School, I have been engaging in a special and personal journey of my Jewishness. During this journey, I have gained new experience and an increasingly deep understanding of Jewish life and heritage in America.  The Wexner program provides us, eight Israeli Fellows, a wide range of opportunities to learn about North American Jewish culture, heritage and history.  In just six months, we have met and connected with numerous Jewish scholars and experts, Rabbis, community leaders, North American Wexner alumni and other American Jews from all walks of life.

I would describe American Jewish life in one word: diversity.  The Jewish communities represent different denominations, branches, and ways to practice and celebrate our common Jewish religion, culture and heritage.  Reform, Conservative, Orthodox, Secular, Reconstructionist… and others who live together in communities across the US.  I am particularly inspired by the fact that there is no single denomination or branch that imposes a uniform Jewish custom on the communities in North America.  Rather, individuals and denominations are free to choose their own way to practice their Jewishness.  This pluralistic approach facilitates a healthy exchange of views, and lessons thereby contributing to a more robust Jewish society as a whole.

The celebration of Jewish holidays offers inspiring lessons of how the American pluralistic approach is instrumental in connecting Jews from different backgrounds and customs.  For example, during Rosh Hashana my family and I attended two ceremonies in the Kehillath Israel Congregation in Brookline.  The ceremonies were led by a lay leader, Eva Heinstein, who insightfully explained to the kids how moral values arising from biblical and traditional stories connect with modern life examples.  Following the ceremony we had an interesting discussion on moral values with our six year-old daughter.  This inclusive and interesting ceremony,  led by a female and also not a rabbi, epitomizes the moral values of the Jewish tradition.  Pluralism means acceptance of others rather than isolation.  Another vivid example of this approach was at Hanukkah when the Boston Museum of Fine Arts hosted a Jewish community candle-lighting ceremony which was attended by Jews and non-Jews alike.

My experience of the beauty and strength of Jewish diversity in the United States has convinced me that Israelis would greatly benefit from a better understanding of the pluralistic approach that underpins the American Jewish communities.  It is the responsibility of Jewish leaders in Israel and in North America to work together to enhance the understanding and appreciation of Jewish diversity by ordinary Israelis.  Achieving this objective will enhance and broaden the relationship and ties between the two Jewish centers.

The Taglit program enables young American Jews to experience and learn about Israel.  I argue that we need to establish another program, “Reverse Taglit” that will enable Israelis to experience and learn about American Jewish communities.  The participants of such a program will be equipped with unique knowledge and experience to educate fellow Israelis about the different ways Jews can practice and experience Jewish heritage.  I believe that this program will greatly succeed in expanding the relationship between Jews in America and Israel. 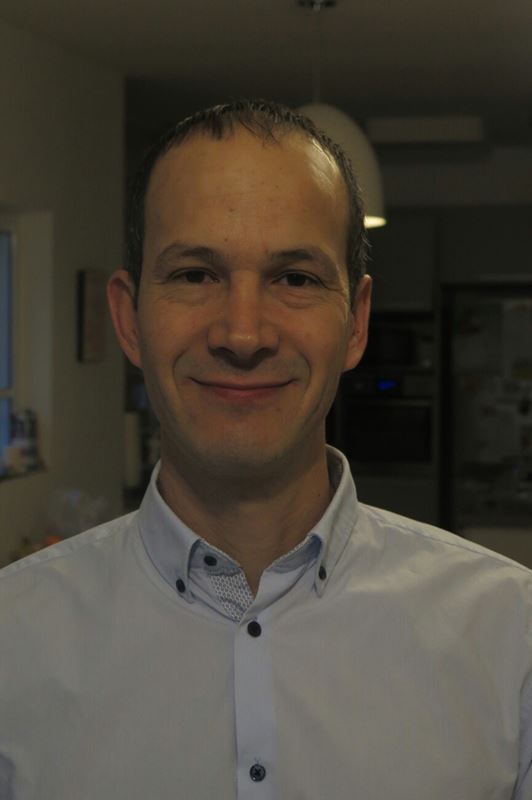 Gil Proaktor, a current Wexner Israel Fellow (Class 29) , serves as the head of Climate Change Policy at the Ministry of Environmental Protection.  In this role, Gil leads the strategic planning of greenhouse gas emissions reduction policies in Israel.  In 2014 and 2015, Gil led a national committee that established Israel’s long-term national emissions reduction targets and a national implementation plan for a period ending in 2030.  Among his current responsibilities are establishing a national framework that monitors the progress toward Israel’s emission and energy targets.  Gil holds a PhD from Imperial College, London.