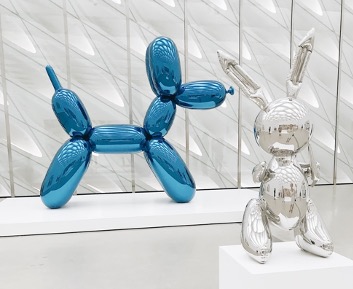 As far as I know, no one has studied this systematically, but over the last 15 years or so I’ve been asking American and Canadian adults and children (separately) to tell me what they’d say the opposite of play is.

It saddens me to no end to report that the majority of adults respond reflexively, with, you probably guessed it: “work.” Indeed, many organizational leaders tend to think of play in work settings as a sometimes-treat, a break from the “normal” routine, or an outright waste of otherwise precious time. Whether play is regarded as a fun luxury or a frivolous and irresponsible distraction that keeps us from our “real” work, the choice too often in professional settings becomes, you can either work or play.

Kids, on the other hand, tend to give very different kinds of answers. I’ve actually never heard a child say the opposite of play is “work” (nor, thank goodness, “school,” which could be construed as their work). From my informal survey, I’ve found that children ranging from Kindergarten through middle school tend to point to “boredom,” “calm,” “sleep,” or “fighting” as the opposite of play. Turns out, they’re on to something.

In other words, if “play” is about being awake, alert, engaged, collaborative, and alive, it had better not be the opposite of work! Despite workplace ambivalence towards it, more effectively and more enjoyably than just about anything else, play is the process that brings about both learning and change. That should make play serious leadership business.

When confronted with challenges, dilemmas, and problems to solve, it is through play that humans most often discover new strategies and solutions, while also releasing vital social, emotional and cognitive growth, to boot. Play can add joy to life, relieve stress, supercharge learning, and connect us to others and the world around us. If play can make work more productive and pleasurable, and is the very thing that can get us out of limiting thinking and unsuccessful strategies, why does it tend to be the first thing to go?

While play is not my own field of research, it turned out to be intimately adjacent. I explore the role of conflict in learning; specifically, when and how conflict or tensions are necessary and productive, and when they can be counter-productive. Very early on, then, I saw what a significant hero “play” is in the story about productive conflict and tensions. Sadly, it has also become clear how infrequently play, which I define below, gets invited into Jewish learning and leadership cultures.

Our now 3,000 strong Wexner network may be an intriguing and hopeful exception to the pattern. Although we don’t have systematic data, anecdotally I observe disproportionately high rates of unique, courageous, and counter-cultural contributions to Jewish communities around the world by Wexner alumni. And I am willing to bet my entire Yoda collection that it is because play features prominently in so many of those change processes. When we do weave the durable, flexible, rigorous process of play intentionally into our cultures, into our lines and modes of inquiry, and into our ways of interacting, the results can be no less than spectacular.

The varied instances of play that the authors write about in this LEADS issue are great examples, and there are many more across the full range of synagogue, organizational, philanthropic, academic, and educational life. Our LEADS authors this month have also inferred many of the vital functions and purposes of play that biological and social scientific research have shown: the game theory article emphasizes what can be the counter-intuitively critical role of rules and structure in play; some reveal play’s counter-cultural nature and its importance in “breaking scripts” or disrupting expectations; several authors point us to the primary role of vulnerability in play; and others underscore its importance of freedom, curiosity and openness for generating new possibilities.

When we look at what purpose play serves from psychological and evolutionary perspectives, play is far from the opposite of work. Biologically, sociologically, and educationally speaking, play is a kind of work. And it might just be the most productive kind. As study after study have shown, play is a main ingredient for problem solving, experimentation, invention, and learning. Moreover, play is especially important for solving problems we’ve never had to solve before, like, say, learning and leading during a pandemic.

Just what kind of work is play?

Dr. Peter Gray, a research professor at Boston College and the author of Free to Learn (2015), has written extensively on the significance of play throughout the life cycle. In a 2008 article called “The Value of Play,” Gray masterfully distills decades of research on play into five powerful components, which I excerpt and paraphrase for you here:

If anything, then, I would submit that the opposite of play is “anxiety.”

And anxiety, although common in Jewish communities at the best of times, is pretty squarely where we all find ourselves now.

Unfortunately, heightened anxiety of all kinds permeates amidst the panoply of simultaneous and acute crises we have been facing for at least the past year: a pandemic, systemic and persistent racial injustice, social and gender inequity, global climate change, and at least in the United States, a highly divisive dissolution of shared reality combined with a compromised ability and desire to understand those with opposing views and values. And that’s a shortlist.

But “play can be risky. And, under stress, it tends to disappear,” reports Robin Marantz Henig in what is one of my favorite essays about play.[1] Thus, we discover why play is the first to go.

Henig takes us to the natural world to show us how this happens in very stark terms. She tells us about Robert Harcourt, a zoologist at Macquarie University in Sydney, Australia, who once spent nine months observing seal pups off the coast of Peru. One day, Harcourt witnessed 102 seal pups attacked by southern sea lions; 26 of them were killed. Among those 26 pups, Harcourt noted that “22 of them had all been playing in the shallow tidal pools immediately before the attack and appeared to be oblivious to the other animals fleeing nearby.” In other words, the vast majority – nearly 85% – of the pups that were killed, had been playing.

And it’s not just in the natural world, but in our Jewish and leadership worlds, that the stakes around play quickly become life or death. For Jews, survivalist angst is nothing new. But the pandemic and all the pressures and scarcities it has caused have heightened the anxiety among many organizations and institutions across the Jewish communal world and beyond, so that taking any misstep can be terrifying; trying anything new becomes threatening. When any wrong thing could be the thing that does you in, plus we are all exhausted, who is willing to throw those dice? Understandably, many are tense and being very, very cautious. We feel fragile and the environment feels precarious. All of this is anathema to those non-stressed, freeing, ends-don’t-matter-as much-as-the-means conditions that we just heard are conducive for play.

The metaphors of fragility and durability, or what I’ve referred to as “Jungle Gyms” and “China Shops,” come into sharp focus as both characteristics and outcomes of learning and leading cultures that are marked more by play, or more by anxiety. 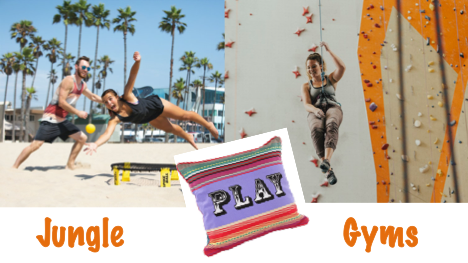 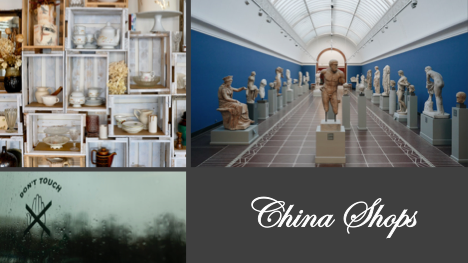 The very same people will behave very differently when placed in each of these two kinds of environments. But, as Daniel Coyle, author of a remarkable book called The Culture Code (which masterfully deconstructs the micro-moves required to nurture many of play’s most crucial processes) reminds us, “you can’t just tell people to do that. You have to create conditions where they start to do it (Coyle, p. 139, emphasis added).” Play is the means for, and not the outcome of, building healthy, successful group culture.

In fact, the means for the whole midrashic enterprise of Rabbinic Judaism is a sophisticated textual and linguistic Jungle Gym that draws on an elaborate set of shared rules about words and canon, complete with fantasies about how time and space can work, in order to author new meanings ultimately creating new paths forward for Judaism. It amazes me how contemporary Jews live in so much more of a China Shop when it comes to Jewish thought, Jewish practice, and Jewish peoplehood, than did our intellectual ancestors. What would it take for us to say “yes” to playing as boldly and as rigorously as they did?

Here are a few things we might try to help our cultures function more like Jungle Gyms and shift our stance from fragility to durability:

Yet, it’s easy to see how we get stuck in China Shops. To use that same language from our five play components, we are stuck in a paradox of needing to somehow be able to remove ourselves from the real world in order to take charge of the world and not simply respond passively to it, at a time when the prospect of removing ourselves from that real world long enough to be able to play our way out of that very danger, feels way too dangerous.

To be sure, play is risky. But there is one thing even riskier: not playing.

We may be too afraid to play in Jewish Jungle Gyms because of our fears of breaking something. We can’t and don’t need to be playful all the time, or to treat play as all or none. But, if we don’t incorporate at least some of the five components of play, sometimes, into what we do and how we do it, we will not be able to release our truly infinite creative human potential for reinvention, for healing, and for solving the thorniest and most intractable problems that are literally plaguing us.

Although some people may appear more playful than others, researchers say that we are all wired by evolution to play.[2] If we can embrace some or all of the five components of play in our work and lives and trust play’s counter-intuitive and counter-cultural ways, I believe we can emerge stronger, wiser, happier, and kinder. We can and will thrive in Jungle Gyms, not in spite of the risks that they pose, but because of them.

WGF/DS Alum Dr. Tali Zelkowicz (Class 15) is the Director of Curriculum and Research for The Wexner Foundation.