Sometimes, one leader’s decision can affect the shaping of an entire country. David Ben-Gurion, undoubtedly the greatest leader of the Jewish nation, made a decision that was not popular at the time, but his stubbornness and consistency in its implementation can serve as an example of how to lead a public and adhere to a goal.

During Israel’s early days as a state, several Jewish intellectuals demanded that the government allocate a significant portion of the funds to research and development (R&D) in the few institutions of higher education that existed at the time, such as the Hebrew University, the Technion and the Weizmann Institute. Ben-Gurion objected, stating that the funds of Israel’s poor budget earmarked for R&D would be transferred to the defense industries for the most part, because “this is about the existence and survival of the Jewish people.”

Thus, almost all of Israel’s R&D budget, was transferred to the IDF military industry, which acquired a great international reputation in the manufacture of defense products.

Ben-Gurion believed and hoped that defense R&D would ensure that Israel would always be at least one step ahead of its enemies and would always deter them from harming it. This decision, as hard as it was for the heads of Israeli academia, proved itself over the years. The heads of the universities were forced to raise funds from philanthropists from abroad, which did not prevent some of them from receiving a Nobel Prize, and other researchers were able to produce and invent inventions that changed the face of the world.

From a tiny, weak state whose existence was in doubt, Israel became a security superpower. Israel ranks eighth in the world in terms of might. Seventy years of defense R&D led Israel to share between 10 and 15 percent of the global defense industry, which currently stands at $30-35 billion a year. Israel’s clients are India (about 60 percent), the United States and Europe (30 percent) and other countries. These trade relations have significant implications on Israel’s foreign relations. Products such as iron dome, windbreaker, cars, ships and unmanned aircraft were all created in these industries. Night vision and rainy/cloudy days vision and satellite accessories are the crowning glory of these industries. All armies of the world are amazed at these achievements.

It is not by chance that Israel is called the start-up nation. Israel has rapidly replaced 25 percent of its traditional industries with advanced and innovative industries of communications and information technology (ICT). It is a leading country in the number of Nasdaq-listed companies (one after the US) and the first in the number of start-ups that are emerging for discoveries and inventions.

When the high-tech boom began in 1984, the The Economist determined that Israel was ranked 30th in the world in terms of the countries in which it was good to be born. Thirty years have passed, and Israel has jumped 10 places, ahead of the UK, France and Japan.

A disciple of Ben-Gurion, the late President Shimon Peres, once said that in the Middle East there are Holy countries and oily countries. He meant that there was no natural resource in Israel’s territory, but on the other hand we were blessed with another resource — human capital. We were blessed also with a huge leader. 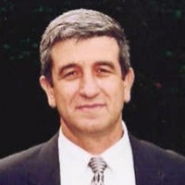 Wexner Israeli Fellow Alum Dr. Moshe Elad (Class 6) is a lecturer at the departments of Political Sciences and History of the Middle East at Western Galilee College (Acre) since 2005. From 2004 to 2011 he served as Researcher and Projects Director at the Samuel Neaman Institute for National Policy Research at the Technion, Haifa. From 1998 to 2002 he served as Israeli Representative to the Jewish National Fund (Keren Kayemet le- Israel) in New England, US. Dr. Elad is a retired Colonel from the IDF. Most recently, he was the Head of the Regional Coordination Office to the Palestinian Authority. He had also served as Governor of the Bethlehem District and prior to that as Governor of Jenin District, both in the West Bank. In the 1st Lebanon (1984-1986) war he served as Governor of Tyre and Bint Jubeil areas. He holds two BA degrees from Haifa University; one in Education and the other in Middle Eastern History. He holds a Master’s in Public Administration from Harvard’s Kennedy School of Government as a Wexner Israel Fellow. His PhD from Haifa University deals with the Israeli Administration in the West Bank between 1967 to 1976. He wrote two history books in Hebrew: Sugyiot Ha’liba Ba’ sikhsukh Ha’israeli Falastini (The Core Issues in the Israeli Palestinian Dispute) and Im Tirtsu Zo Ha’gada (If you wish it is the West Bank). Dr. Elad is also a frequent commentator on the Israeli-Palestinian relationship for Israeli media in Hebrew Arabic and English.