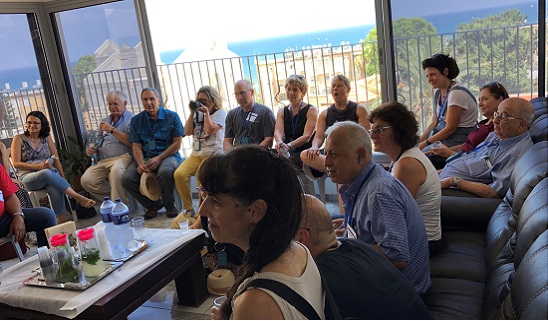 As part of The Wexner Israel Fellowship alumni conference in July, it was a privilege for me to host a group of participants at the Ein Ha’Yam neighborhood — a mixed Jewish-Arab community in Haifa, where my family has been living for nearly 80 years.

The Ein Ha’Yam circular trail is a grassroots tourism project, envisioned and operated by the residents of Ein Ha’Yam neighborhood in Haifa. The trail was founded in 2011, with the aim of drawing public attention to this rare gem in Haifa that preserves a unique tapestry of coexistence between Arabs and Jews.

The neighborhood’s beginnings precede the establishment of the State of Israel. It was founded in 1937, when the Latin Church (which held the title to the land at the time) decided to sell lots at a reduced price to young couples in order to enable them to build a home and start a family. At first the lots were sold exclusively to Christian families, however, after the establishment of the State of Israel, the neighborhood became a mixed community of Jews and Arabs in nearly equal proportions.

The original name of the neighborhood — “Wadi al-Jemal” (The wadi of camels) — stems from its location on the main route between northern and southern Israel along the Mediterranean coast, where merchant convoys would stop by the neighborhood with their camels laden with goods, and refresh themselves at the local spring. After the establishment of the State, the neighborhood’s name was changed to Ein Ha’Yam (Spring of the Sea). Nestled between the ocean and Mount Carmel, the neighborhood offers a unique and splendid view.

Nowadays, there are some 700 mixed families living in harmony in the neighborhood, including not only Jews and Arabs but ultra-orthodox, religious and secular families; new immigrants and longtime citizens, and so on. Life here is characterized by extreme tolerance. One may find an Arab-owned store closed on Saturday to honor the Jewish Sabbath. Several years ago, the Jewish Yom Kippur coincided with the Christian Feast of the Cross. To honor the Jewish day of fasting, the neighborhood Christians postponed the celebrations to the evening, after Yom Kippur ended.

The Ein Ha’Yam trail tour was created by the residents with the aim of sharing the neighborhood’s unique story and drawing attention to the possibility of a different way of life and the importance of personal responsibility in achieving this.

The tour includes visits to archeological, historical and religious sites in the vicinity. The latter part of the tour includes a walk through the neighborhood streets, accompanied by an account of its history from inception in the late thirties up to the absorption of the new immigrants in the fifties — a story of Arab-Jewish coexistence. The tour ends with a visit to one of the neighborhood families and a discussion with residents, who share their personal experiences of living in the neighborhood, allowing the visitors to learn firsthand about the area from its residents, and not just from their tour guide.

The Wexner alumni tour included a visit to the following sites around the neighborhood:
•    The Stella Mare monastery of the Carmelite order.
•    The Ein Ha’Yam community garden, where residents grow fruit and vegetables for their own consumption.
•    The Roman-Byzantine Tel Shikmona burial site near the coastal road.
•    The mosaic near the anchor at the neighborhood’s Southern entrance.
The tour ended at 39 Ha’Ogen St. with a visit to the studio of the late ceramic artist Israel Bankir and for a talk over a cup of coffee at the Sari residence. 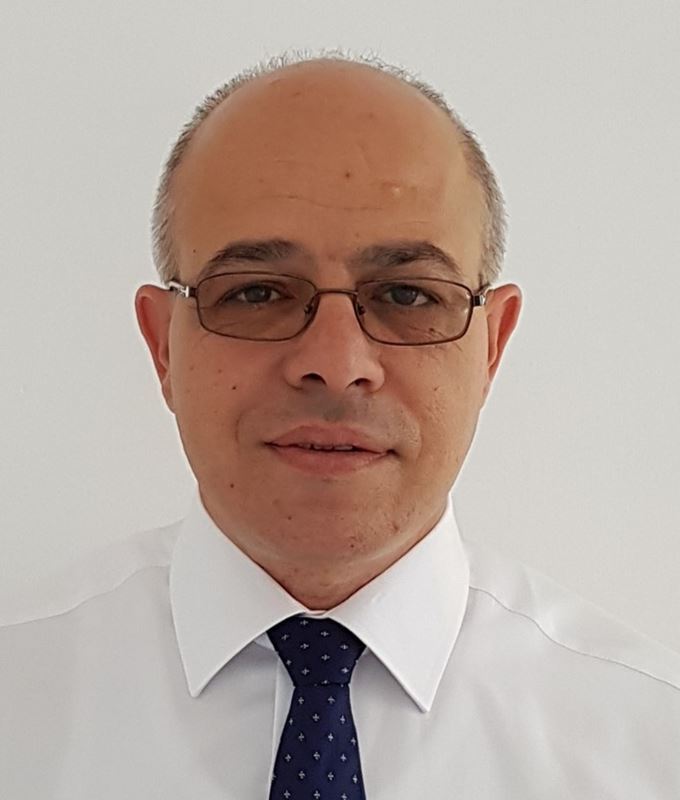 WSL Network Member Dr. Kamil Sari (Class 2017) has worked at the Israel Antiquities Authority since 1993. Since July 2016, he has been the Director of the Northern Region. Prior to his current position, he served as the director of the Inspection, Research and Conservation Policy Department. Kamil has a BA in Archaeology and History from Haifa University and a PhD in Archaeology from the Maritime Civilizations Department, Haifa University. He is married and lives in Haifa.