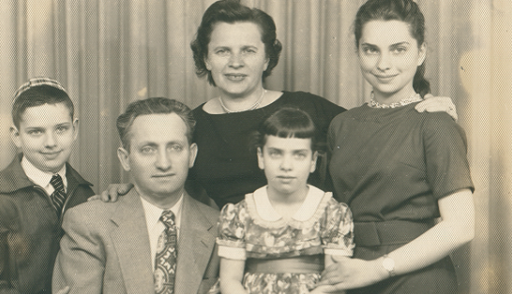 In photo: The Goldberg family – Brooklyn 1958

A bed, a meal, a blanket, a suitcase, a shower, shoes, a warm cup of coffee, a safe place to live. I took these things for granted for most of my 57 years. But no more.

In June of 2016 I traveled with my family to Poland to walk in the footsteps of my in-laws, Sam and Esther Goldberg. My father-in-law, Sam, was one of approximately 65 to survive the Death Camp Treblinka (870,000 murdered) and after escaping during the prisoner uprising in August of 1943, he ran to the woods. There he met Esther, who had been hiding for a year. They hid together for another 11 months, living sometimes in a cold barn, but most of the time in a pit in the forest. After liberation they married and in 1949, arrived in America.

I stood with my family staring into that pit — it’s still there. I believe it was waiting for us to come and see how these two beautiful human beings were buried alive as they hid from the Nazis. This was not the only pit that has a dark story to tell. Esther’s entire family, as well as some of Sam’s siblings, were shot, one by one, into a mass pit just outside of Slonim in August of 1941. They, along with a million other Jews, were shot by the German Einsatzgruppen units, with help from locals, as they swept through the Soviet-controlled territories east of the Molotov-Ribbentrop Line (line drawn on the map cutting Poland in two — the German-controlled west and the Soviet-controlled east). 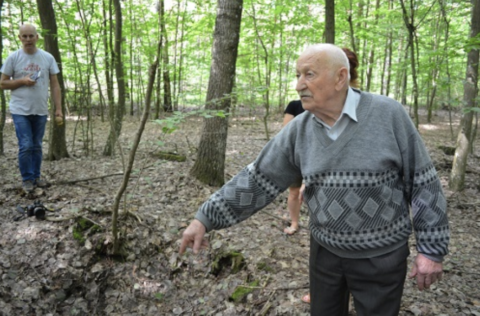 These pits have a story to tell and I am telling it. For the past three years I have been researching and writing a book about Sam and Esther’s experience in the Holocaust. As I dug into their lives and into these most horrible war years, their story became my story. I was able to locate and meet the three surviving children of the Styś family — the righteous Gentiles who helped them as they hid. With the help of a Polish Priest, I became aware of and met a Goldberg relative, who as a boy, survived the war. Finally, I was able to get the Styś family name enshrined on the List of Righteous Among the Nations at Yad Vashem. I was proud that my husband, Shlomo Goldberg, spoke at the Yad Vashem ceremony in Warsaw last January as this honor was bestowed.

Why should we, American Jews, living 73 years after the War, care? We should care because the survivors, the eye-witnesses — the Sams and Esthers — are leaving us. Now, it’s our turn; we must make these stories our own. We must ensure that we don’t take our closet full of shoes or our warm beds for granted. There are those who deny the Holocaust and there are others who don’t even know it happened.

In the 1930’s and 1940’s, the German government was able to enact legislation and garner public support for the persecution and murder of millions. Well, prejudice and hate still live in our world. The lessons and stories of the Holocaust still have much to teach. Odd Nansen, a non-Jewish Norwegian, imprisoned by the Nazis from 1942 until 1945, wrote a diary during these years. His Postscript, written in 1948, rings in my ears:

The worst crime you can commit today, against yourself and society, is to forget what happened and sink back into indifference. What happened was worse than you have any idea of—and it was the indifference of mankind that let it take place! 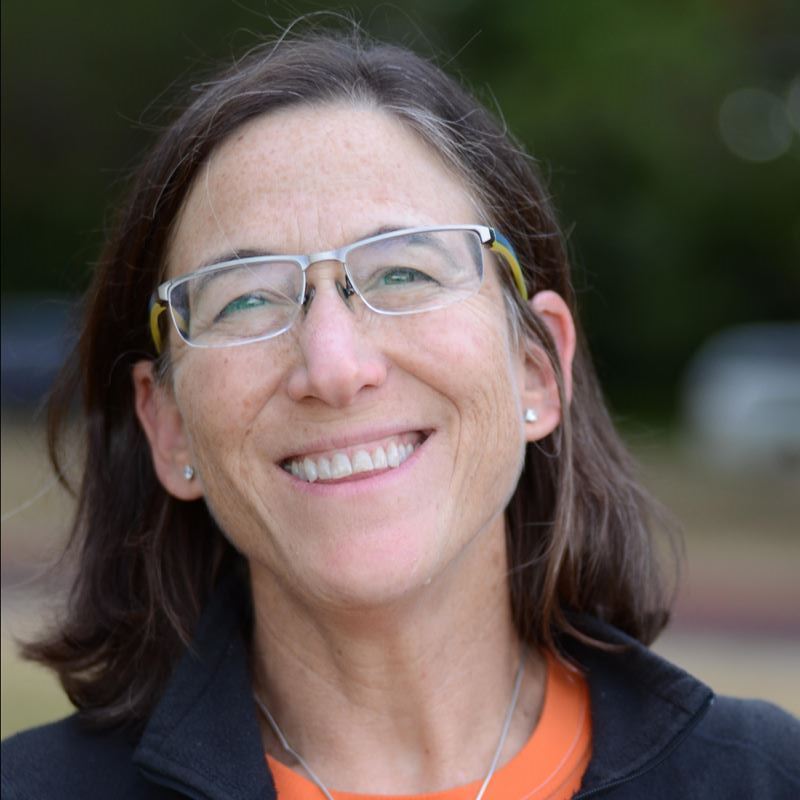 Wexner Heritage Alum Karen I. Treiger (Seattle) is a Seattle native who retired from her law practice to research and write a book about her in-laws, Sam and Esther Goldberg and their story of escape, rescue and resilience. She is an accomplished speaker and active volunteer in the Jewish community. The book My Soul is Filled with Joy: A Holocaust Story is available for sale now on Amazon via Kindle and paperback. Audible version will be available Oct. 1. See more at www.karentreiger.com.