On the Activist Track

On the Activist Track

On the wall of my Jerusalem apartment hangs an impressionistic oil painting of the Baka train tracks.  My ﬁrst walk down that path was on a hot Shabbat afternoon in July 1995, as our Wexner Heritage group (Go Cleveland) followed the tracks to the brand new home of Kehillat Kol HaNeshama (KKH).  There, Rabbi Levi Weiman-Kelman greeted us, introducing us to the world of progressive Judaism in Jerusalem.  Little did I know, I was also being welcomed into my ﬁrst Jerusalem home.  My bond with Levi and the southern Jerusalem community became the soil for the roots I was to plant in the Homeland.  In the years ahead, KKH played a major role in the story of my emergence as an artist/activist and of my development of The Sacred Rights, Sacred Song Project.

Following Wexner, I immersed myself in Partnership 2000, leading the project between the City of Beit Shean, the Valley of the Springs Region and the Cleveland Federation.  Building upon the experiences and wisdom gifted to me by the The Wexner Foundation (TWF), I cultivated a career as a philanthropist, funding moderate organizations working to strengthen the Jewish and democratic nature of Israel.  The more I traveled to Israel in the 1990’s, the more I was pulled to reestablish a family home in the land where Pop, my mother’s father, was born.  Shabbat often found me singing joyfully with Levi and the KKH community.  So it was with singing that I engaged in my formative act of spiritual civil disobedience with Levi on Rosh Hodesh Av, 5770.  It was on that hot morning in July 2010 that I witnessed Anat Hoﬀman being arrested for carrying a Torah during the Women of the Wall monthly minyan, the experience midwiﬁng my role as an artist/activist.

In 1999, our family joined the family of our Wexner teacher Noam Zion for Seder.  It was there that I met Naomi who had a friend who was selling her garden apartment in the German Colony.  Just north of the train tracks, the ground ﬂoor apartment, though dark and green, seemed ideal.  Six weeks later, that space became our Jerusalem family home and my artist/activist soul had a place to grow.  In my beautiful garden, I found my lyrical voice.  Outside in the public spaces of Jerusalem, I found my activist voice.  In the sacred space of the Kotel Plaza on Rosh Hodesh Av 5770, the Divine led me to embrace my role as a Jewish musician with a message to convey.  I established the non-proﬁt “The Sacred Rights, Sacred Song Project,” to be able to produce my fully orchestrated, narrated multi-composer cantata with philanthropic funds.  The mission was simple and twofold. Through Concerts of Concern, we would raise awareness of violations of “spiritual civil rights” and, hopefully, raise funds to support the Israeli activists.

I was just in Israel with the Israeli Judaism Committee of the UJA-Federation of New York.  While alone in my apartment, I was comforted knowing I am no longer alone in the activism.  The neighborhood has changed; the train tracks are now a pedestrian and bike path that ends at the renovated First Station entertainment area.  Similarly, my activist track has changed over the 8 years of SRSS concerts.  Remarkably, both goals of SRSS have been reached.  The breach of the Kotel Agreement put the SRSS issues on the Zionist agenda; the Israeli Judaism committee allocates funds to the NGO’s doing the work on the ground.  Gratiﬁed and satisﬁed, I am going to retire the production company, knowing that the songs will live on, carrying messages of support for the Modern Jewish Democracy Movement. 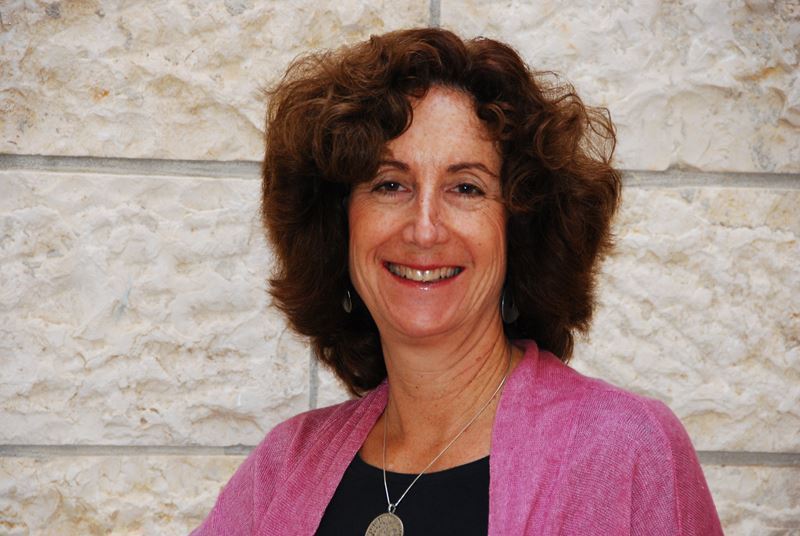 Wexner Heritage Alum Fran Gordon (Cleveland 2), has cultivated a specialty in contemporary Israeli political issues that impact the democratic and Jewish character of the State of Israel.  She has melded her activism into her love of, and passion for, Jewish music — specifically Jewish choral music.  The Sacred Rights, Sacred Song Project is a multi-composer Cantata that through chorus, soloists, orchestra and narration raises our communal concern over the state of affairs in Israel.  While retaining her Cleveland and Jerusalem homes, Fran has established a residence in New York (UWS), allowing her to pursue her love of Broadway, Jewish music, passionate Conservative Judaism and a wonderful relationship.