Promoting the Joys of Judaism

Promoting the Joys of Judaism 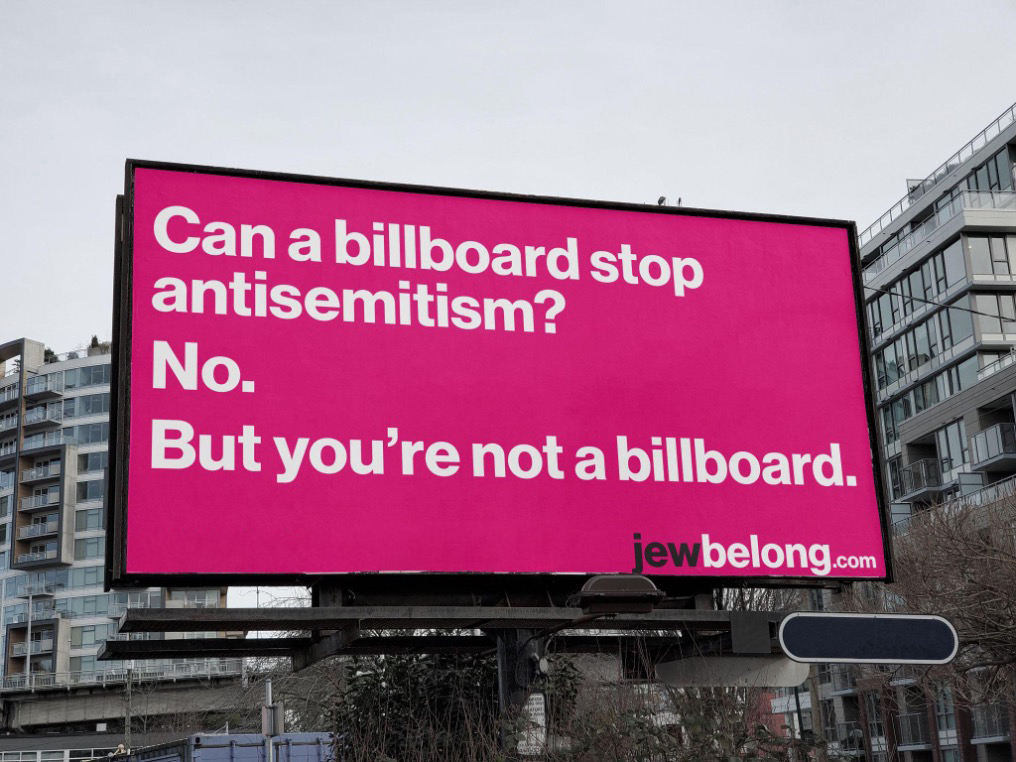 Jews have a PR problem.

Even among ourselves, we’re often misunderstood or even demonized. After going through the Wexner Heritage Program (Metrowest NY 08 and Greater MetroWest 15,) and with our backgrounds in marketing, we wanted to do something about it. We co-founded JewBelong to promote joyful, inclusive Judaism in a changing world where even Jewish people often wonder about religion’s relevance to their own lives. Our tiny tribe faces terrible odds, and it falls to our young people to embrace and continue our traditions. We have survived genocide, enslavement, and bigotry for eons. It sure would be a shame for Jews to fade into history due to indifference. 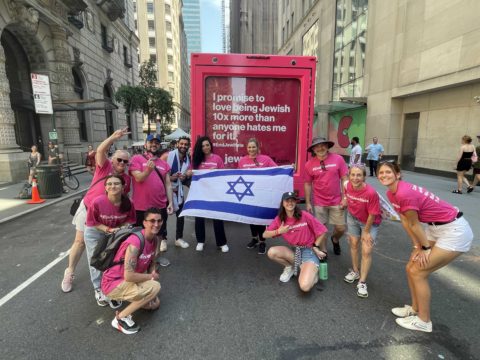 Sharing the pure pleasure of Jewishness is a lofty goal. JewBelong’s mission proves increasingly challenging as antisemitism becomes normalized. Judaism has a marketing problem: Judaism is a great product with weak marketing (often leading with the rules, not the love and values). On the other hand, antisemitism is a horrendous product with energetic, successful, marketing (Jews/Israel are rich, white, colonialist oppressors!). Yeah, we’re behind the 8-ball here.

The two objectives of promoting joyful Judaism and publicly fighting antisemitism fit together organically: it’s hard to be a proud Jew when there’s a target on your back. JewBelong exists to offer resources and messaging to help disengaged Jews (DJs) feel more connected without fear of JewBarrassment (the nervous feeling you get when you think you should know something Jewish, but you don’t). We have had an enormous response to our billboards, social media posts, speaking engagements and library of free resources on our website. This tells us we’re on to something. Jews and non-Jews alike want to know more and understand more about Judaism and how it fits into their lives.

For more connected Jews, being a Jew doesn’t just happen in shul on Yom Kippur or in the home on Shabbat. For many of us, our Jewish identity is part of everyday life, even when being out there in the world can be scary. Now, imagine you’re a DJ, already iffy on why you should even bother with being Jewish. How can you be expected to care about fighting antisemitism when you don’t even care that you’re Jewish? 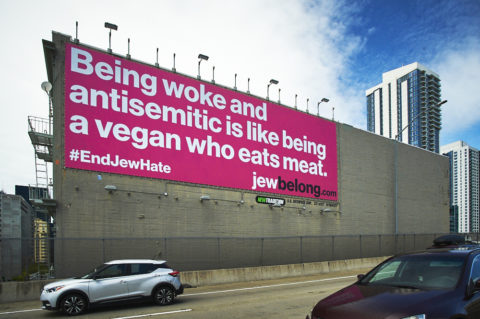 The first step is to make these DJs feel like they are part of our team, and an important part at that! We make Judaism accessible and non-judgmental. We share the joy – and there is so much joy!­ – of our culture. We demonstrate to the fence-sitting DJs that our religion promotes and celebrates the values that matter to them. We bridge the gap between our ancient religion and today. Being Jewish is very “now” if you explain it right!

Sharing in the beauty of Judaism is wonderful and important, and loving ourselves is a good start. But trying to make the world love us, or at least feel that we deserve to exist, is another matter. Is this something we should bother with? Is the question about our rights as human beings so low as to not even merit our attempts to answer it? Jews have tried in vain to get the world to love us for all the wonderful advancements we’ve shared with humanity: racking up dozens of Nobel Prizes! Adam Sandler! Waze! Matzo ball soup! Helping solve the global water crisis! Try as we might to prove that Jews often punch above our weight and we are not so bad to have around, it hasn’t worked. Antisemitism is increasing. We’re fighting for our lives. We’re fighting for our future. We need to be better, more skillful messengers.

We are living in the world of the tweet, where quick messaging is king. “Free Palestine!” Genius. “From the River to the Sea!” Catchy, fast. No facts, no backup, but the message is clear and concise and winning. So, if you can’t beat em, join em. JewBelong accepts and embraces the fact that not everyone – actually, hardly anyone – wants to read a whole article, much less a book about the plight of the Jews. However, people will read a billboard, and look at their phones. All the time. Our signature billboards are bold in aesthetic appearance as well as smart language. With hot pink backgrounds and strong, white block letters, we make a statement even before someone reads the words; and we are not screwing around. With messages like “Don’t think antisemitism is real? Wear a yarmulke for a week and get back to us,” we are directly engaging with the viewer and inviting a discussion that lays bare antisemitism. There’s no escaping the realities we highlight, including with this billboard line posted around North America: “We’re just 75 years since the gas chambers. So, no, a billboard calling out Jew hate isn’t an overreaction.” 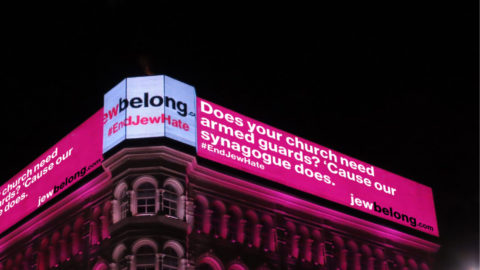 We’re not asking for permission to be Jewish. We’re asking for Jews to connect joyfully with their own religion and for others to confront their own biases and lack of education. JewBelong doesn’t allow antisemites to control the narrative. JewBelong is engaging every day with people who hate us. We are engaging every day with those who may not even realize that being Jewish matters – in all our pink and white glory. 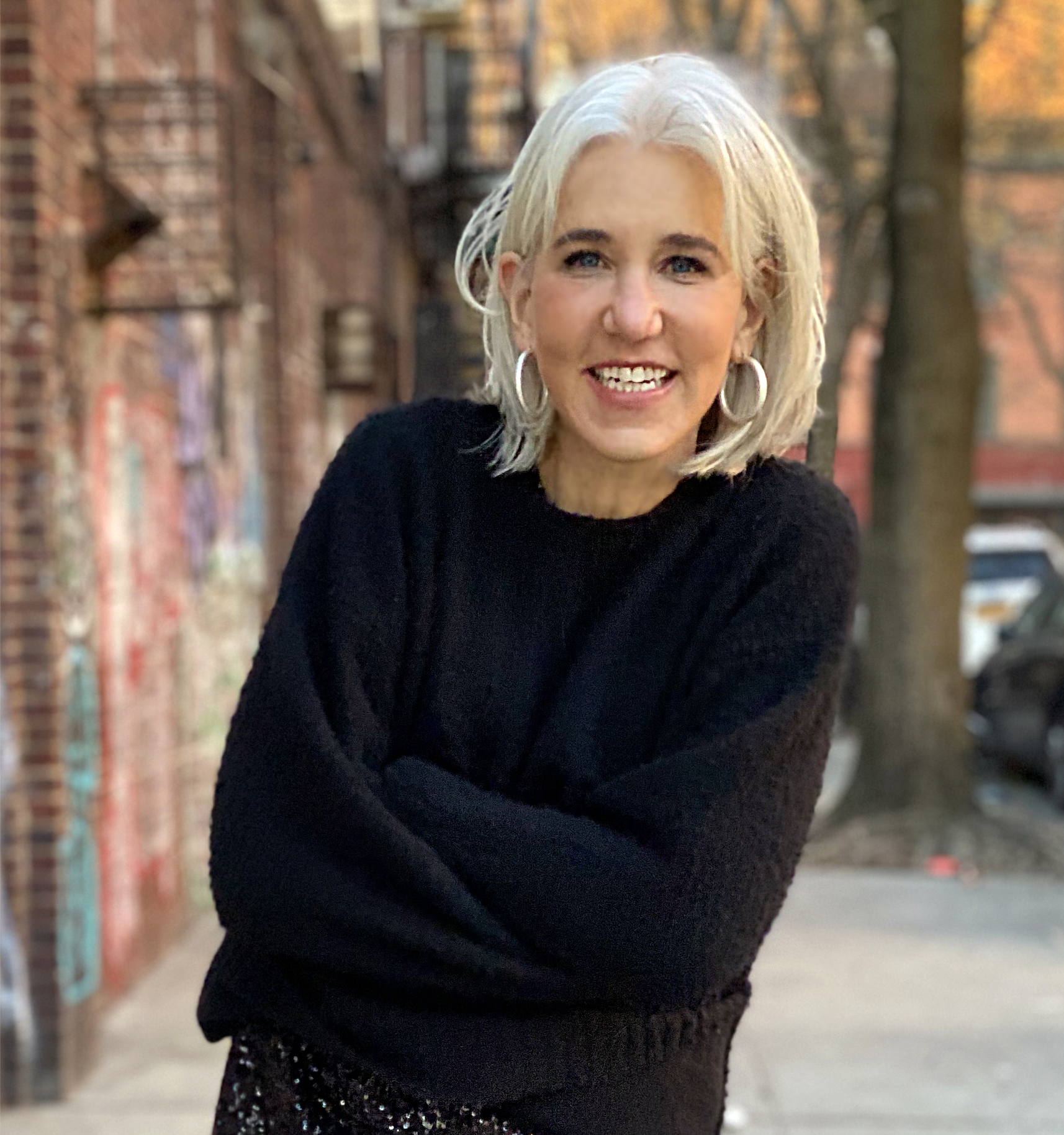 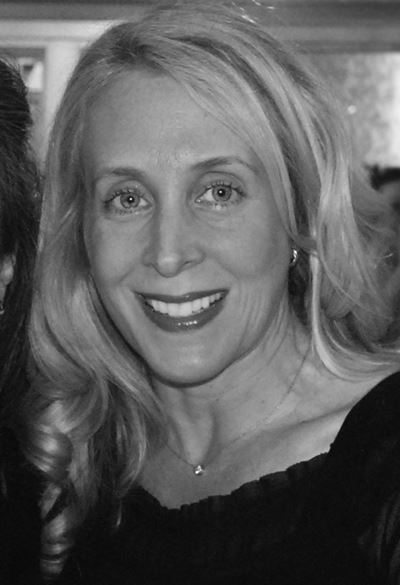