Seeking Synergies in the Age of COVID-19

Seeking Synergies in the Age of COVID-19

The popular phrase “the whole is greater than the sum of its parts” often is attributed, incorrectly it turns out, to Aristotle, although the great Greek philosopher said something similar that subsequently was misconstrued. More recently, the phrase also was used to explain the foundations of Gestalt theory and to aptly define the modern concept of “synergy” (i.e., an interaction or cooperation giving rise to a whole that is greater than the simple sum of its parts).

But the Jewish version of “synergy” is much older, literally dating back to Genesis. Why was “That it was good” not said on the second day of creation? R. Hanina explained: Because on the second day separation was brought into being, as indicated in “Let the firmament separate water from water” (Gen. 1:6). In this regard, R. Tavyomi noted: “If there is no mention “that it was good” about an act of separation that is conducive to the world’s improvement and well-being, all the less so should these words occur in describing acts of separation that lead to the world’s disarray.” Genesis Rabbah 4:6.

In the age of COVID-19, it has never been more important for the Jewish community to overcome separation (and the disarray that it causes) and replace it with synergies that promote efficiencies and economies. Simply put, we cannot afford for our institutions to remain in their self-created, self-interested and self-promoted silos. That was true before, but certainly has been amplified during this unprecedented pandemic. The needs are too great and the resources are too few for them to “go it alone.” To borrow another popular phrase taken from the Greeks, “united we stand, divided we fall” (See Aesop’s The Bundle of Sticks).

It was in this context that a fortuitous set of circumstances created a unique opportunity for my spiritual community in the Boston area. During the year prior to the shutdown of our world last March, my synagogue, Temple Reyim of Newton, MA, began discussions with Hebrew College about a potential shared campus on the Temple’s property. Both venerable, long-established institutions were facing new and daunting existential challenges in the 21st Century that were exacerbated by the ensuing crisis.

The project was made plausible because our common mission to create a spiritually-alive, deeply engaged Jewish communal home would be strengthened, and in fact made possible, through collaboration with mission-aligned organizations. Furthermore, the Temple had space to accommodate easily accessible growth (and parking!) that would allow us to live together with others and the collaboration would enable us to improve, update and expand our current facilities and security arrangements.

The values of the synergies that could be achieved are readily apparent. Beyond the more efficient and productive use of our office and programmatic space, there are the potential benefits of creative programming opportunities, enhanced fundraising campaigns and income revenue sources, and savings achieved through collaborative use of backroom resources (including administrative, IT, communications, marketing and joint building management).

One key challenge presented, however, is how to fill that space in order to create a specifically Jewish home rather than creating a mere collection of neighbors co-existing in a virtual strip mall. We currently are meeting with the leadership of multiple Jewish organizations seeking to broaden our vision of an even more vibrant spiritual community at the proposed campus. The effort to forge such a relationship is one of the most exciting and significant aspects of the project at this critical moment in the life of the broader American Jewish community.

Translating that vision into practical reality will not be easy. There are no blueprints or guidebooks that can tell us how to accomplish our goals. To the contrary, in many respects this effort is an experiment without precedent, subject to trial and error.

The obstacles and risks presented are significant. There are many interests to be balanced and tasks to be accomplished. We want to engage in an inclusive and transparent decision-making process that will take time. Meanwhile, the exigencies of the circumstances and the window of opportunity call for prompt action and expediency. Incorporating disparate, established Jewish institutions that already are familiar with each other is both a boon and a bane, especially when aspects of their respective independence is at stake. Coordinating that effort with the need to engage our own constituencies is an enormously complicated undertaking by itself. However, we also have to take into account the interests of our independent consultants, neighbors, other Jewish and non-Jewish organizations in our community that might be affected by the project and government agencies who will be involved in approving the new campus.

Will we succeed? Check back with me in a year. For now, the ongoing project is a compelling exercise in visionary leadership during moments of deep uncertainty. Exactly the type of task that our Wexner experience has trained us to recognize and prepared us to foster from an informed Jewish perspective.

As Rabbi Daniel Berman, our spiritual leader at Temple Reyim, has noted as we move forward: “There is a palpable need for togetherness, for an energy that feels uniting and restorative. Ten months into this global pandemic, it is now clearer than ever how much we need each other, not only to share resources and space, but to lift one another up. The opportunity to rebuild our home with the energy of generative partnership, honest collaboration and personal trust feels like a miracle, coming into our lives at exactly the right moment.”

I always have been fascinated that the Chinese symbol for “crisis” apparently is a combination of the symbols of “danger” and “opportunity.” The COVID-19 pandemic certainly is a crisis and a true danger to a Jewish community already at risk. May we also see it as an opportunity to seek and create new synergies to overcome our divisiveness, unify our actions, strengthen our institutions and sustain our community for many years to come. 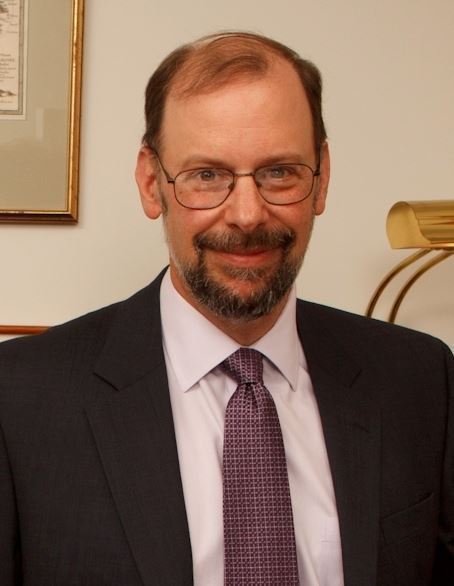 WHP Alum Stuart Rossman (Boston 1) is a staff attorney at the National Consumer Law Center (“NCLC”) and has served as its Director of Litigation since 1999.