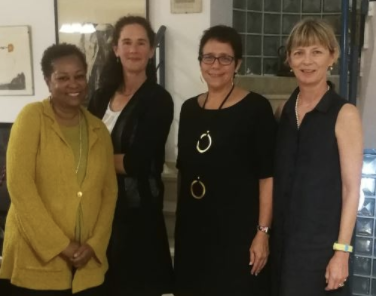 Pictured here are WIF Alum Maurit Beeri (Class 20), 2nd from the right, with her three guests from the Massachusetts Executive Women’s Mission to Israel.

One of our family’s Shabbat pleasures is to host visitors from the U.S. for dinner. These are most often assigned to us randomly, by way of our affiliation with the Mevaseret Zion Reform Congregation (“Kamatz.”) Over the years we have had the pleasure of meeting many interesting people, from teenagers to grandparents and from home-makers to CEO’s. None were boring, few were irritating and some of the meetings have changed our family’s trajectory — such as the petite, awe inspiring Texas Supreme court judge who stuck my 12 year-old son with a hard stare and said, “Young man, one does NOT let go of opportunities to improve one’s self,” thereby convincing him to transfer to a top high school instead of staying with his friends, his preference prior to this meeting.

So when the Israel Wexner Office shouted out for volunteers to host the Boston CJP’s Women Leadership Mission — I jumped at the opportunity. The chance to discuss Israel, women in leadership and to reminisce about Boston was a no-brainer. Little did we realize that beyond meeting three very impressive leaders, this evening would provide us with an opportunity to understand more about the whole concept of introducing Israel through organized missions.

There is so much to learn, so much to see, so much to experience in Israel, that most of the organized North American missions turn into a whirlwind of sightseeing and meetings. The formula is a basic one: Tel Aviv (art, culture, start-up nation); Jerusalem (history, religion, Mahne Yehuda); Golan and Gaza (security and kibbutzim); Negev (social periphery); Masada and the Dead-Sea (history and environment.) By the fourth day a glassy-eyed look takes over the most experienced travelers and most are on the verge of multi-organ collapse by the time they visit us to “experience an evening with an Authentic Israeli family.”

Our three distinguished CJP guests included Marylou Sudders, Massachusetts Secretary of Health & Human Services, Valerie R. Roberson, President of Roxbury Community College, and  Jesse Souweine, Deputy Chief Operating Officer and Chief Financial Officer, Broad Institute. Three inspirational ladies whose individual careers awarded them a keen ability to read through situations and make up their own minds. The evening we spent together was over much too quickly. The conversation flowed easily and the topics were endless. Once again, a Shabbat dinner experience became a lively encounter with fascinating people. When I asked what surprised them most about their encounter with Israel, I thought that they would bring up new information that they have acquired, or perhaps note the differences between our respective health or educational systems. These were indeed all brought up, but were not the key surprising factor. What surprised these impressive, socially astute women, was the open way in which religion plays such an important part in every aspect of Israeli society. Their reaction to this differed — from pleasure at the freedom to express one’s beliefs, to concern about the role of religious outlook on decision making. Indeed, one of our first introductory sentences to the visitors was “coming out” as members of the “persecuted” Israeli minority of Reform Jews.

Religion, as a topic or an issue, did not appear on the group’s densely scheduled itinerary. Yet it was the one subject that throughout their extensive experience, stood out. As successful leaders, our three guests are well-qualified to look through the layered complexity of Israeli society and pick the one subject that was not pointed out or presented to them: the conundrum of a modern democracy challenged by faith perceptions. Weaved through the evening conversation were their expressions of wonder at various aspects of this issue. They were puzzled by the terminology of “modern orthodox,” by the state-funded separatism of the school system, and by the effect of religious ideas on decision making in the health system.

As these words are being written, the CJP mission is making its way back to Logan and I am reminded of what made my family find its way to connecting with our heritage. Raised in Israel where Jewish holidays are the norm, our secular families entered a synagogue for boys’ Bar Mitzvahs and sometimes to hear the shofar at the end of Yom Kippur. We did not recognize most of the basic prayers, and celebrated Shabbat and Passover as occasions for a family meal, no more. Religion was everywhere, on the surface, but was not approachable for the uninitiated. Growing up in Israel we did not feel any need to “reconnect” with our tradition or history. Zionism and humanism filled our need for identity and our sense of belonging. It was our exposure to Jewish pluralism in Boston that allowed us, for the first time, to experience Judaism not as a threat to our identity but as a world that can complement our values, an opportunity for growing and learning. On our return to Israel, we made room in our lives for belonging to a congregation, for prayer and for Jewish studies. Our lives are richer and our sense of identity stronger than ever.

Just as it was traveling to Massachusetts that opened our eyes to the many ways of practicing Judaism, so it was that our Massachusetts guests have accurately pinpointed the growing chasm between the world where pluralism flourishes, and our neck of the woods where pluralism is held with suspicion.

It is the very lack of distance between private belief and systemic religion which is reflected so acutely in the encounter with Israel that our distinguished guests felt. They return to New England with a better understanding of the complexity of Israel and its challenges, and we turn back to face the reality of living in the Jewish State and struggling to be as free to celebrate our religious views as we were in Boston. 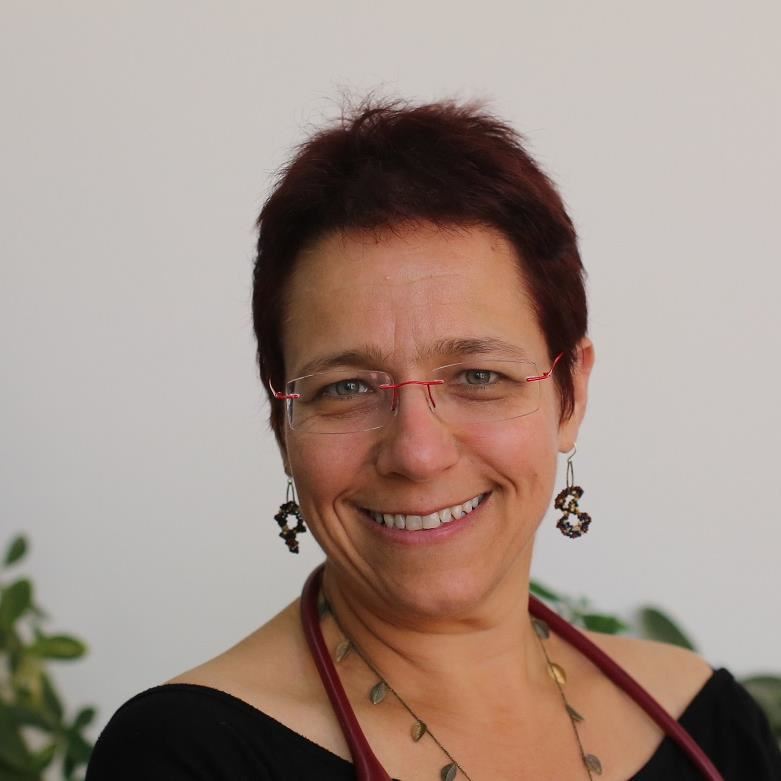 Wexner Israel Fellow Alum Maurit Beeri serves as Director General of the Alyn Pediatric and Adolescent Rehabilitation Center in Jerusalem, which brings together entrepreneurs to work with experts and clients to provide cutting-edge solutions for children with special needs. Maurit graduated from medical school and trained as a pediatrician at Hebrew University Hadassah Medical Center in Jerusalem. She directed a home-hospitalization program for the largest health provider in Israel, consulted at the Familial Dysautonomia Center at Hadassah and helped establish a hospice ward for ventilated children at the Hertzog Hospital in Jerusalem. She is also involved in various health and social initiatives to promote the care and rights of children with special needs, including the Early Intervention Coalition, which represents over 60 organizations and associations for children with special needs. Maurit sits on the boards of the Haverut NGO for spiritual care in Health through the arts, the Board of Overseers of HUC and the Board of  Mevaseret  Ziyon Reform Synagogue (Kamatz). Maurit is married to Ronen and is the mother of three boys.