We Need to Talk About Jewish Mothers

We Need to Talk About Jewish Mothers

The 2018 General Assembly (GA) of The Jewish Federations of North America (JFNA) is coming to Tel Aviv in October and will highlight the work of the Federation Movement and address the challenges of the Israel-Diaspora relationship. The theme of the GA this year is “Israel and the Diaspora: We Need to Talk.” Thousands of Israeli and Diaspora leaders from a cross section of Israel and North American will be part of the dialogue.

This year The Jewish Women’s Renaissance Project will have a voice at the table, with over 60 JWRP participants attending the GA. On Monday, October 22, Lori Palatnik, Founding Director of JWRP, will be participating as a speaker in Next Gen Chats: How to Talk to Your Kids About Israel. JWRP is proud to join the JFNA in meaningful conversation about the Israel-Diaspora relationship.

Now let’s talk about the important role of Jewish mothers. JWRP strives to shift the Jewish landscape by working in partnership with Jewish organizations and local communities to inspire Jewish mothers to connect with Jewish values, engage with Israel, take action in their communities, and foster unity and not uniformity. Our partners realize the value of engaged and empowered Jewish mothers. Together we are creating a movement with over 200 partners in 26 countries, including 22 Federation partners across North America. Federations, like many other Jewish institutions, benefit from having a low-barrier platform to engage women in their programs and initiatives.

The signature Momentum Year-Long Journey includes an 8-day free trip to Israel for women who may not be able to afford the typical cost of a women’s mission or trip to Israel. After the Israel experience, participants are required to spend a year of follow up with the partner organization, giving organizations an opportunity to nurture their engagement, develop their leadership, and create impact. Post-trip data shows that Federation participants are more likely to become involved with their Federation, increase their giving and return to Israel on their own or with their families. Laura K. Linder, CEO & President of Jewish Community Partners Memphis led the initiative to have JWRP present in this year’s GA. Linder states, “We have been able to successfully partner with the JWRP to engage young women in a meaningful and powerful Israel experience. We have successfully utilized their platform to ‘layer in’ Federation messaging and engagement for women who previously had no involvement with us!”

The GA theme surrounding Israel-Diaspora relationships highlights the importance of addressing a trend in decreased Diaspora support of Israel, which can be quantified by a recent marked decline in both communal and philanthropic support for Israel. The MOMentum experience utilizes strategically planned Israel experiences to elicit Jewish pride and is a catalyst for continued Jewish involvement. Building Israel-Diaspora relationships between Jewish mothers is an important part of the program, backed by a grant from the Israel Ministry of Diaspora Affairs. Over 500 Israeli women have participated in MOMentum trips both as representatives of Israeli life and to view Israel through the eyes of Jewish mothers in the Diaspora. In 2017 JWRP created a Public Council in Israel composed of distinguished Israeli women of different denominations, political and professional backgrounds. The council supports the JWRP’s efforts in promoting ‘Unity, Not Uniformity’ in Israeli society and in the Jewish world.

Jewish mothers play a major role as conveyors of Jewish identity, connection, and commitment and have the capacity to reshape the Jewish landscape. The Jewish mother will most likely make the decisions that impact a family’s Jewish identity now and for generations to come. In 2016, the Pew Research Center’s Religious Landscape Study reported, “U.S. adults are far more likely to say mothers rather than fathers took primary responsibility for their religious upbringing.” In addition, a 2016 Brandeis University Study on “Millennial Children of Intermarriage: Touchpoints and Trajectories of Jewish Engagement” by Theodore Sasson, Leonard Saxe, Fern Chertok, Michelle Shain, Shahar Hecht, Graham Wright found that mothers have the greatest influence on their children’s religious identity.

Women who take part in MOMentum are more likely to become community leaders, encouraging peers and children to partake in a revitalized community and strengthen their own sense of Jewish identity and commitment. Over 2000 participants were surveyed following their 2016 MOMentum experience, and the results showed a dramatic increase in Jewish identity and its relevance to Jewish values, a dramatic increase in support of and connection to the Jewish community, and a significant increase in connection and commitment to Israel. In addition, the results showed a very significant increase in the participants’ confidence in their ability to raise their children as Jewish.

The JWRP looks forward to participating in the GA and to bringing more Jewish mothers to the conversation. Look for them and engage them. Help them create an ongoing and healthy Israel-Diaspora relationship that will impact their families and future generations.

The JWRP’s mission is to empower women to change the world through Jewish values that transform themselves, their families, and their communities. The primary target audience is mothers with children under the age of 18. Since it began bringing Jewish women to Israel for immersive eight-day experiences in 2009, JWRP has welcomed over 15,000 participants from 26 countries, in partnership with 200 Jewish communal organizations. The mothers have returned to their home communities re-committed to Jewish life and Jewish values, and have shared their enthusiasm with their families, impacting more than 30,000 children. 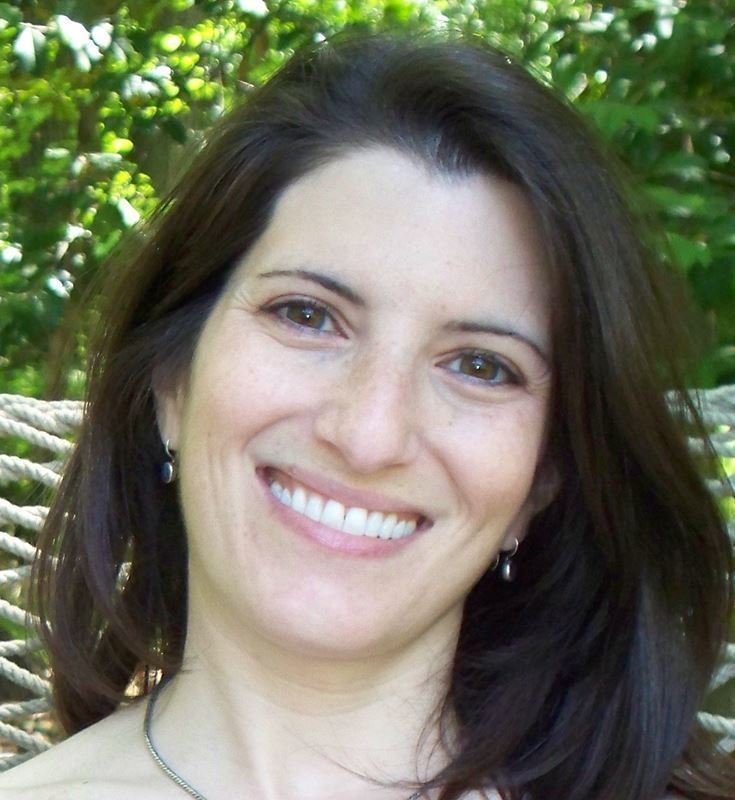 Wexner Heritage Alum Mindy Berger (Washington DC 13) is a Partnership Development Manager for the Jewish Women’s Renaissance Project and has served on a variety of non-profit Boards, including the Bender JCC of Greater Washington, the Charles E. Smith Jewish Day School, and EDJA Foundation. Mindy holds a BS in Psychology from Tufts University and a Graphic Design Degree from the Art Institute of Boston. She is currently pursuing an Executive MA in Jewish Professional Studies from Spertus Institute.